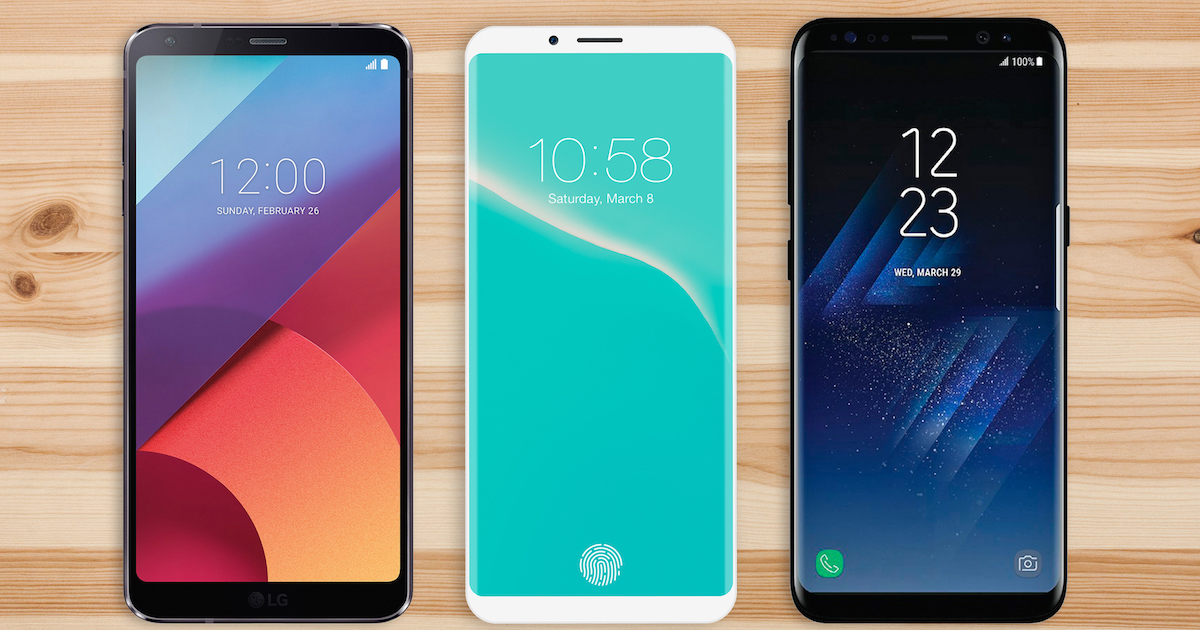 In a roundabout way, Fortune’s Gordon Kelly has reiterated speculation that the next full-generation iPhone has production problems. According to Mr. Kelly’s analysis of a Nikkei report, the release date of the “iPhone 8” will be delayed because of a combination of production issues with the curved OLED display and overheating issues in the wireless charging modules. The problem is, he names the wrong device. Mr. Kelly’s article reveals the importance for iPhone news contributors to keep their rumors and facts straight.

In Mr. Kelly’s article, he focuses solely on the upcoming iPhone 7S. However, he seems to think that device will feature the curved OLED display and wireless charging capability. That’s not what we’re hearing from the rumor mill, though, and it doesn’t make sense. We’re hearing that Apple will, in fact, release two new iPhones in 2017, much like the company did in 2016 with the iPhone 7 and SE models.

The iPhone 7S will likely be a modest upgrade over the current generation. According to the Nikkei piece that Mr. Kelly references, it will include “minor improvements including a glass body.” It will not, however, incorporate the curved OLED display or wireless charging.

Apple is expected to announce the true next-generation iPhone at around the same time. It’s this device that Ming Chi Kuo and Nikkei’s sources say is delayed. Mr. Kelly is right that we don’t know what the future device will be called, but nobody’s thinking it will be the iPhone 7S. Current thoughts include iPhone 8, iPhone Edition, iPhone Anniversary Edition, and iPhone X.

A Good Look at History Tells Us a Lot

Where Mr. Kelly has failed is in understanding Apple’s pattern throughout history in releasing new iPhones. While it’s true that in odd-numbered years, Cupertino unleashes “S” models, those have always been modest upgrades over their predecessors. With the iPhone 4S, we got Siri. The iPhone 5S saw the addition of Touch ID. When the iPhone 6S came out, it introduced us to Force Touch.

All of these new devices had one thing in common, though – they all used the same basic form factor as the iPhone that preceded them. We didn’t see major changes to the handset. We could typically use the same cases and other accessories that manufacturers released for the non-S models. What we didn’t see was a change to the overall shape of the device, like we would notice if the 7S came with a curved OLED display.

Just like 2016, when the iPhone 7 and SE came out, we expect to see two new iPhone models in 2017. The iPhone 7S, which Mr. Kelly seems to think will be the major upgrade, will only feature modest updates. Perhaps the glass body, or maybe Apple has another software/hardware feature to introduce that won’t change the form factor of the device.

On the other hand, the major upgrade to the iPhone lineup is expected to be one to truly take notice of. The rumors say that device will perhaps be called the iPhone Anniversary Edition to commemorate 10 years of iPhones. It’s expected to feature the curved OLED display and major enhancements to charging and performance.

It’s Friday, so Let’s Wrap This Up

Mr. Kelly seriously needs to get his rumors and history straight if he’s going to be taken seriously in the Apple news arena. His article, “iPhone 7S Leak Reveals Apple Has Problems,” is both right and wrong at the same time. The article correctly sums up that rumors say next generation of the iPhone is running into design and production snags. Where Mr. Kelly seems tripped up is he incorrectly ascribes those facts to the wrong device. From all that we and others have heard, the iPhone 7S is right on schedule. It’s the iPhone 8 that’s delayed. One year, two devices.