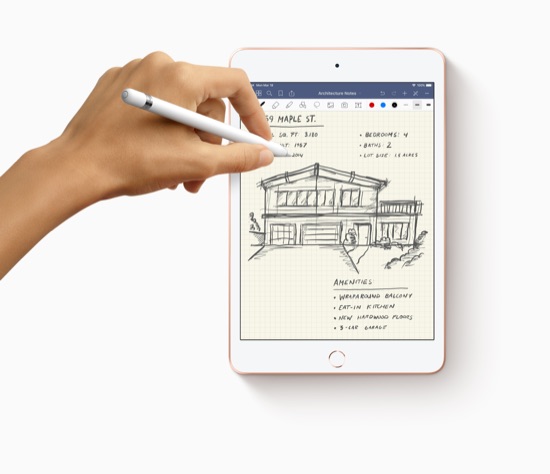 A month ago it was considered dead and unneeded by the Apple-centric media. Now the iPad Mini is the darling of mid-sized tablets. The reviews, YouTube videos, and comments by others who cover Apple, almost overwhelmingly see the iPad Mini 5 as a winner. What’s fascinating is how quickly sentiment towards the Mini’s viability changed in the weeks since the refresh appeared.

Over the last few years, spawned by Apple’s seeming indifference and an incorrect BGR article, the negativity toward this device was understandable. Still, how did so many get it wrong? Let’s dissect the consensus view on this (and later, on a current widespread opinion I also think is flat wrong).

Most of the past thinking on the Mini, rested on the idea that you don’t need a tablet this size because iPhones are so much larger and fill that function quite nicely. But as several iPad Mini 5 reviewers have shown, you can get a lot more done on a 7.9-inch device, usually when held horizontally, than you can on any size iPhone.

Example: try editing videos with iMovie on an iPhone XS or Max. It’s possible, but becomes difficult and tedious. On the iPad Mini, the screen size is more than sufficient for iMovie editing. Of course, it’s not the right size for every application, but for most it’s more than enough. Factor in its superior portability, and for many people (myself included), it becomes the perfect size tablet.

I never believed Apple would abandon the Mini’s form factor. There are basically two sizes of tablets in the marketplace: the 10-11 inch, or so, size and the 7-8 inch size (lets assume larger tablets are for specialized audiences). Why would Apple completely give up on one of these sizes? It didn’t make sense given how other manufacturers keep making and selling these more portable tablets. If Apple’s going to maintain its dominance of tablets it will have to keep offering multiple sizes, so I’m guessing we will eventually see the iPad Mini 6, and it will hopefully be sooner than 3.5 years.

Which bring me to a current widespread opinion on the new iPad Mini 5 – that the bezels are too big and a sore reminder the Mini 5 didn’t get a design makeover. Sure, I really would have liked a newly designed, all-screen, no-bezel Mini. It would look cool and I’d probably buy one. But no-bezels means fingers would often be encroaching on the screen’s content. I think that would be an ergonomic mistake for a tablet screen that small. No bezels on an iPhone work because you’re cradling the entire width of the phone in one hand, with no fingers of that hand obscuring the screen. That’s not generally how you’d hold the Mini.

And by the way, those bezels – along with the enhanced display and the screamer A12 chip – make the Mini a fabulous hand-held gaming machine, an arena where Apple is reportedly investing to fuel its new Arcade streaming game service. Whether or not retaining the same design and display size was a conscious ergonomic decision on Apple’s part, the Mini’s bezels are a good thing in my opinion.

Long live the now needed, wanted and very much alive iPad Mini. I’ll be curious to see how sales go.