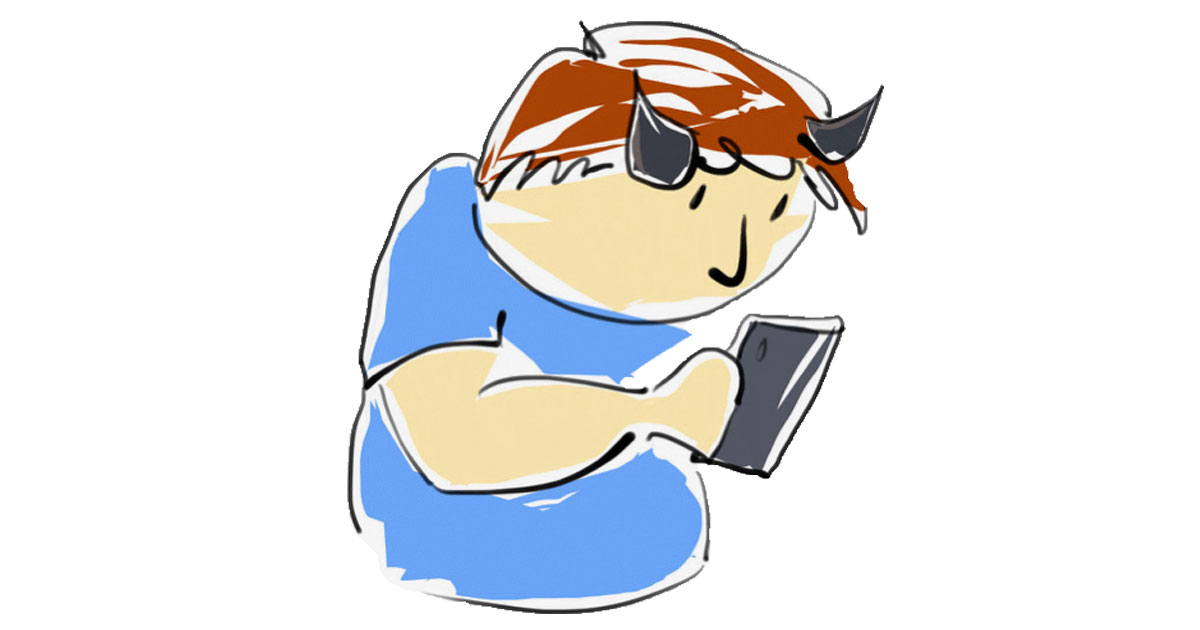 You may have seen the splashy headlines over the past few days—a story out of Australia reported smartphone users are sprouting horns.  There are even some pretty graphic medical images showing evidence of this phenomenon,  but more on that in a moment.

There was some initial wild speculation that maybe this is the result of radiation from our favorite devices.  This most certainly is not the case.  There may well, however, be some simple musculoskeletal remodeling going on, a well documented and long-understood process.

A bit about myself (your transient author):  I’m a professor of Human Anatomy & Physiology at Temple College where I have taught students who want to be nurses, dental hygienists and more for the last nineteen years.

During my time in grad school, I did quite a bit of work in the Human Identification Lab at University of North Texas (think CSI). That lab was founded by Dr. Harrell Gill-King, who was the lead forensic anthropologist investigating the Twin Towers terrorist attack of 2001. Dr. Gill-King was also a major investigator at the Murrah Building bombing in Oklahoma City.

In this lab we routinely looked at skeletal anomalies,  including some similar to the current topic, to better understand the cases we were evaluating.

Before we rush to the conclusion that the horns study is complete rubbish, let me say that things like this absolutely can happen. In fact, these sorts of things are seen on skeletons all the time.  The term for this is ENTHESOPATHY or, more simply, musculoskeletal stress markers.

Everyone understands that exercise can make muscles grow.  However, skeletal muscles are largely ineffective without the bones that create a lever system for muscles to act upon to create motion.

Just consider the concept of repetitive motion pain and or injuries.

Let’s try something:  lay your own left hand, palm down, over your right forearm and wiggle your fingers. You can feel individual strap-like muscles moving.  Those attach at specific spots in your wrist and hand and put minute stresses on those bone with each movement you make.  Don’t worry, this sort of stress is not a bad thing.  It’s an interplay between the muscles and bone, where each communication determines how much help is required to complete the current task.

Back in the early days of the Fox TV show Bones there was an episode where the remains of a young woman were retrieved from a pond.  The title character, forensic anthropologist “Bones” (played by Emily Deschanel), stated something like “female, mid-20’s, quite possibly a tennis player.”  And you can just imagine a skeptical audience thinking something like “Hollywood hype,” but it’s real.

Someone who knows how to notice or identify these bone responses could absolutely make determinations such as:

But, let’s move on and recognize that the original story has most likely been debunked.  The lead author on the original 2018 paper just so happens to be a chiropractor who sells posture pillows.  Curiously, these same pillows might actually be marketed as alleviating the very stresses that might have caused growths such as those reported.  Ultimately the study itself had flaws.  One of the flaws was that all of the 1200 participants in the study seem to have come from the good doctor’s own chiropractic practice.

His study describes these “horns” as prominences from the external occipital protuberance.  In layman’s terms, that’s the bump on the back of your head, which is way more prominent in men.  All bone bumps become larger as muscles become larger and men tend to be more muscular.  In fact, the original paper says that sex is the primary predictor in determining whether an individual would develop these structures, with men 5.48x more likely than females. This part isn’t news, we’ve known that for over 100 years.

So, to wrap this up, people leaning their heads forward in the pose characteristic of someone watching their smartphone screen most certainly could be imposing recognizable stress patterns on the muscles and bones that facilitate this posture.

I would mark this one down as “needs further research.” Or in the parlance of a recent TV series – Myth NOT entirely busted!

Now, if we could only do something about those distracted folks who bump right into us because they are staring at their phones while walking on public streets rather than watching where they’re going!