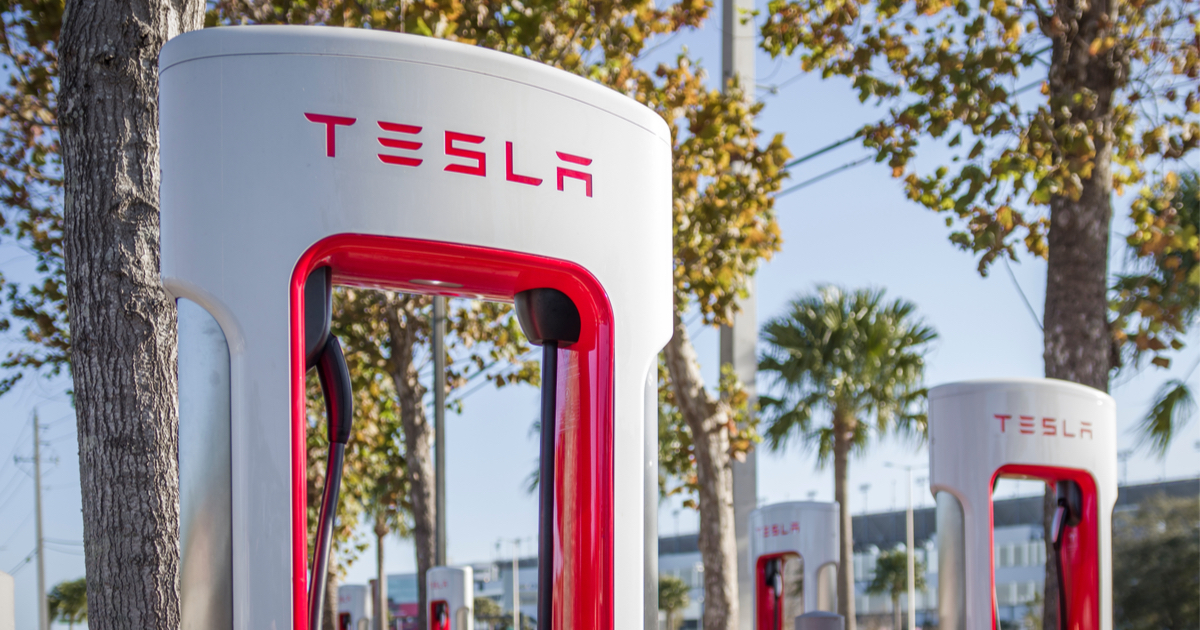 In a recent episode of the Spike’s Car Radio podcast, Tesla design chief Franz von Holzhausen voiced a pretty grim outlook on future offerings from one of the giants in its industry. Holzhausen told Spike Feresten,

The sad part about Tesla products now is like there’s nothing to look forward to. I feel like it’s just a continuation. It’s just a slight refinement on the same thing. Inspirationally, it’s been hard to get super motivated by what they’re doing.

Oh, wait, I got that wrong. Holzhausen actually said Apple in that first sentence. He was talking about a different company. Or was he? Was the design chief, in fact, really bemoaning the lack of progress within his own company but trying to redirect it towards Cupertino?

An Ongoing Battle of Words Between Tesla and Apple

This isn’t the first time someone from Tesla has taken a shot at Apple, even if it may be the most ironic. In 2015, Elon Musk referred to Apple as the “Tesla Graveyard,” going on to say that “if you don’t make it at Tesla, you go work at Apple”.

There’s a ton of employee poaching that goes on between Apple and Tesla. Only recently, the Cupertino-based company managed to bring Tesla’s autopilot director, Christopher Moore, over to work on its own autonomous vehicle.

Maybe that’s what Holzhausen is aiming for, an invitation from Tim Cook to cross over and give people something to look forward to from Apple. I mean, he could be, but that’s probably the wrong approach to take.

Can Tesla Rightfully Criticize Others for Offering Nothing to Look Forward To?

The true irony here is that we can’t really say Holzhausen has done much in the way of innovation lately. Sure, he was responsible for designing Tesla’s Model S, Model 3, Model X, and Model Y. The last one, the Model Y, was announced three years ago, and the design chief hasn’t done much since. Sure, Holzhausen’s behind the company’s Cybertruck. Heaven knows when we might actually see that thing on public highways.

What has he done for us lately, though? The Model S hasn’t changed much visually since 2012. Musk and Holzhausen boasted Tesla would release a car without a steering wheel by 2021, and the closest they got was replacing it with a yoke.

It definitely does seem like someone’s in the doldrums, but I don’t think it’s Apple.

In fact, Cupertino is still thriving in innovation. Apple’s nearly completed its transition from Intel-based processors in its desktop and laptop computers to Apple silicon-based ones. Sure, the beauty of the design and capabilities of the M1 chip may be “under the hood”. Even so, it’s a beauty that can’t be ignored.

That Apple silicon should arrive in the redesigned Mac Pro this year. The rumors indicate the new Mac Pro will be available with 20 or 40 computing cores. On top of that, we’re expecting it to provide up to 128 GPU cores.

The iPhone 14, if the rumors and leaks are right, will be a major overhaul and see the notch turn into a hole-punch instead. The next generation Apple Watch is expected to add a body temperature sensor, a very welcome addition in a time when we’re checking for fevers more than ever.

Those aren’t even the big innovations we’re looking for from Apple, though. While the product might be delayed until next year, it definitely looks like we’ll see an Apple mixed-reality headset soon. There’s still a chance Cupertino could announce the software development kit for the headset this year. A growing number of references in iOS code to realityOS is very encouraging.

What I think has Tesla’s design chief really worried, though, is Project Titan. Tesla has seen numerous problems with its self-driving beta, especially since their autonomous driving software chief moved to Apple.

Korean parts suppliers are ramping up to make components for the Apple Car, we recently learned. Analysts strongly believe Apple will enter the automobile industry by 2025, and that might be making folks nervous over at Tesla.

So, Tesla executives continue grandstanding, drawing attention away from their own recent failings. Maybe Holzhausen is angling for a job offer from Apple, or maybe the company just wants to distract us from its own problems.

Whatever the case may be, I still think Holzhausen’s remark about “nothing to look forward to” should have been aimed back at Tesla, not at Apple.