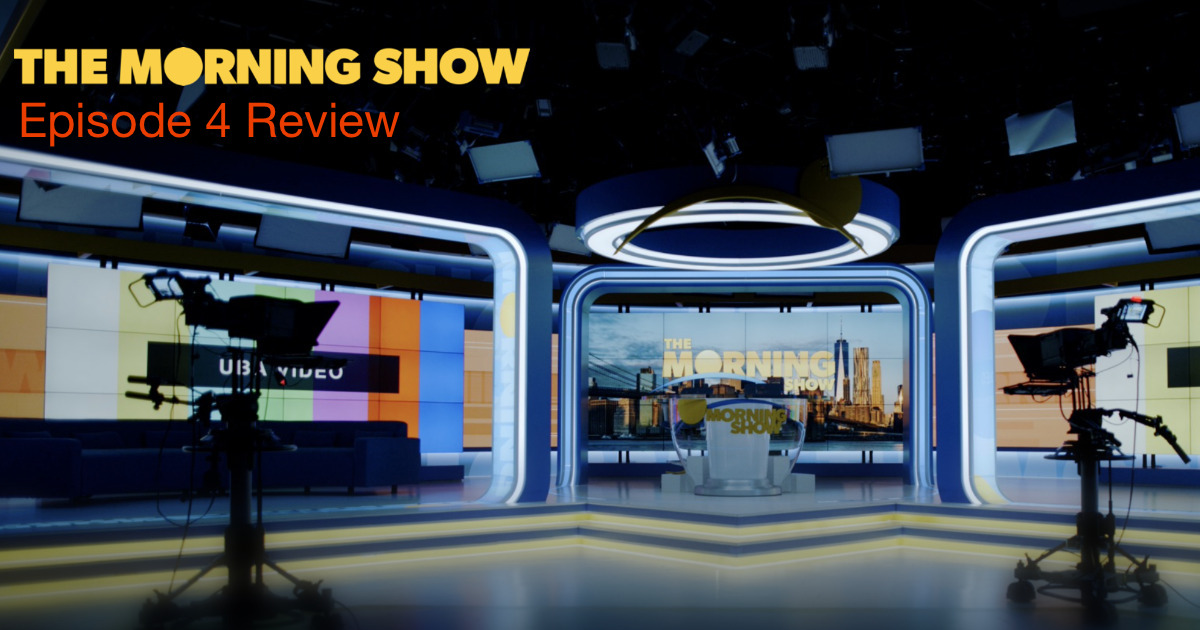 Episode three ended just as Bradley Jackson was about to take the stage for her first-ever edition of The Morning Show. Episode four takes us through her first week in the hot seat next to Alex Levy. Not surprisingly, it’s a bit of a rollercoaster ride. 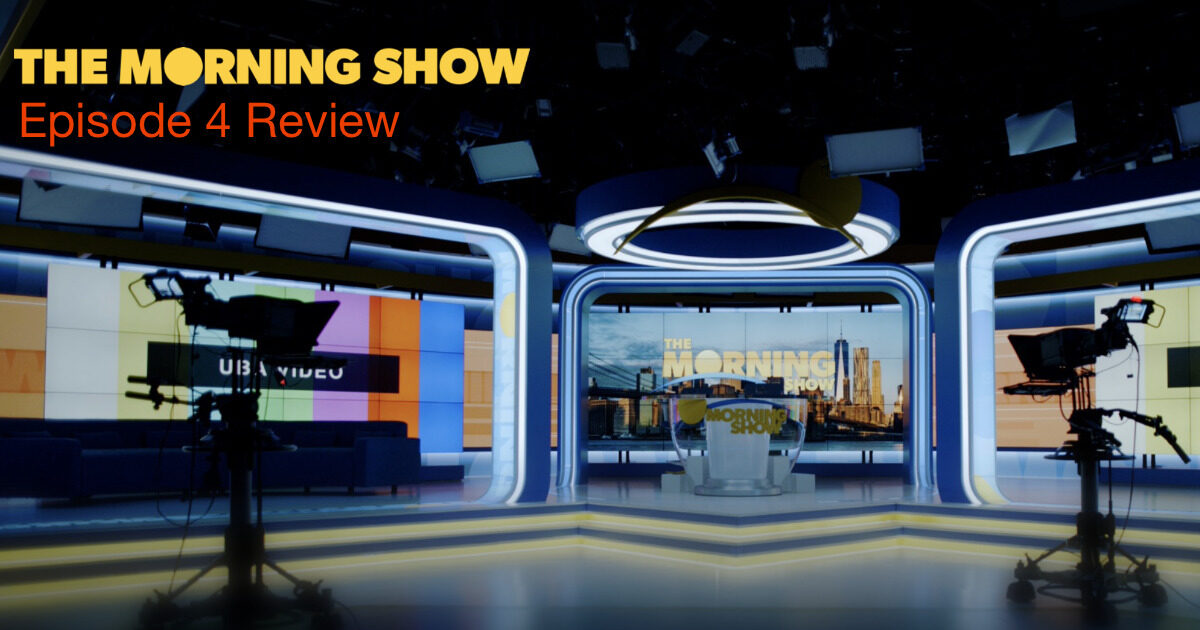 Reese Witherspoon Comes to The Fore in The Morning Show

As with the original three episodes, Jennifer Aniston is superb – a mix of frustration, confusion, and determination. However, in this episode, we start to see Reese Witherspoon come into her own as well. The righteous anger she displays as her character gets to grips with the Mitch Kessler sexual abuse scandal is palpable. The dynamic between the two co-anchors is tense without ever being a cliched female catfight.

Furthermore, some lesser-seen characters, such as Bradley’s producer Mia Jordan (played by the brilliant Karen Pittman) really come to the fore in this episode. The leading male characters are also becoming increasingly prominent too. Chip Black (Mark Duplass) and Cory Ellison’s (Billy Crudup) reactions in the control as chaos reigns are fantastic to watch.

Again, the show doesn’t hide from some hard-hitting political topics. One exchange between two characters on the nature of sexual power goes some way to underline the complexity of the issue. Earlier on, an on-air revelation from Bradley has set off a political grenade. (I genuinely gasped out loud whilst watching.) If Apple was supposed to be pushing content that was family-friendly and bland, nobody told Ms. Aniston and Ms. Witherspoon.

Episode four is by far the best episode of The Morning Show so far. The characters are developed enough that we care about them, yet you get the sense there is still more to come. The plot is bubbling along nicely. It all feels like it is going to be worth staying tuned for.