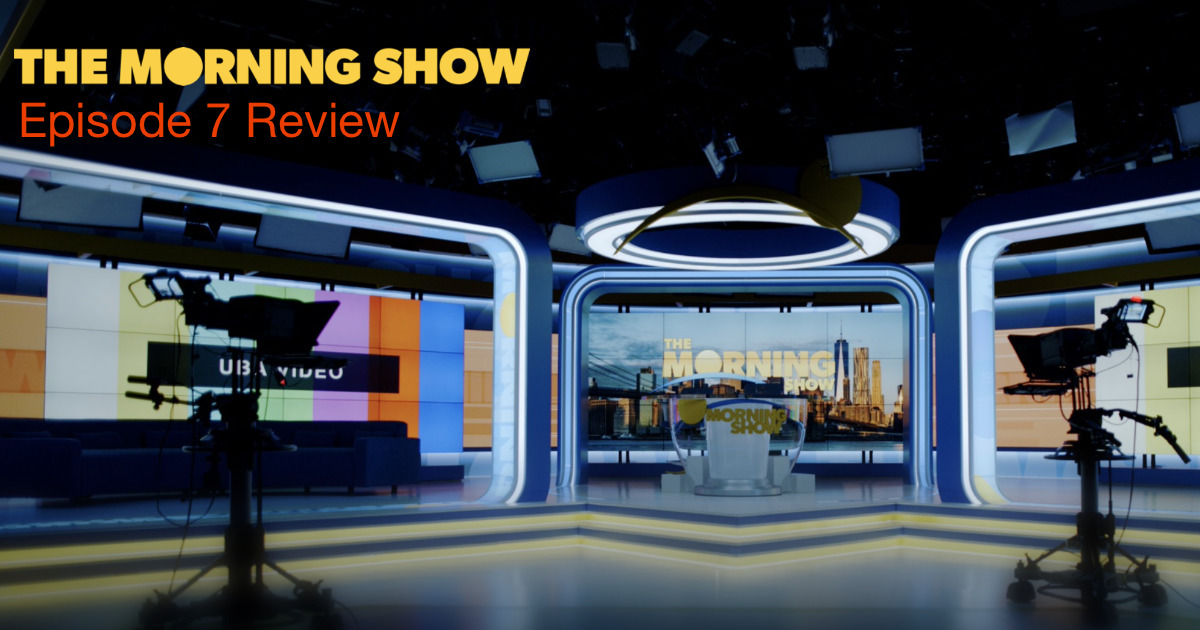 The team returns to New York after covering the wildfires in LA. However, it’s not all that good to be home for The Morning Show family.

Rifts appear across The Morning Show team in this episode. They result in a control room bust-up and Mia feeling the need to address the rumors swirling around about her. Meanwhile, Chip and Corey’s plotting to overthrow Fred goes into overdrive, as Chip got ever more desperate. Yanko and Claire must also decide whether to make their relationship official, and it is not clear if they are both on the same page.

Alex’s offscreen family is as tempestuous as her onscreen one, as she and Jason are forced to tell their daughter of their impending divorce. However, at work, there is seemingly an increase in female solidarity between Alex and Bradley, although the newcomer’s sniff for a story might derail that. I suspect their relationship is going to be under a lot of strain in the coming weeks as Bradley continues to try and find out what Alex knew about Mitch.

The quality of acting and production remains sky-high in this episode of The Morning Show. However, I actually felt it was one of the weakest yet. There is quite a lot of fairly nuanced dialogue alluding to the #metoo movement. However, none of it really moved the story on very much. I found Alex’s clash with her daughter a bit cringe-inducing and cliched, although there are undoubtedly some relatable elements in there too.  The only thing that really progressed the show was the bit of a twist at the very end. Perhaps it is a bit of a mid-series slump, and the pace will increase again.e

KineMaster is the best and powerful free video editing application.
Now you can download and install Kinemaster for PC with the help of emulators.
https://www.kinemasterforpcdownload.com/