Regular readers might sometimes have found themselves wondering why I’m such a high maintenance princess about companies collecting my data. I’ll tell you why: it’s because the vast majority of companies are run by humans, and humans like to take short cuts.

Take Vizio, a company that makes middling TVs. I’ve got one on my desk as I write this. Fortunately, it’s not a “smart TV.” It’s just a dumb-old display with a tuner that can also show me pictures from a settop box. Otherwise, I’d be hurling it at the nearest dumpster. 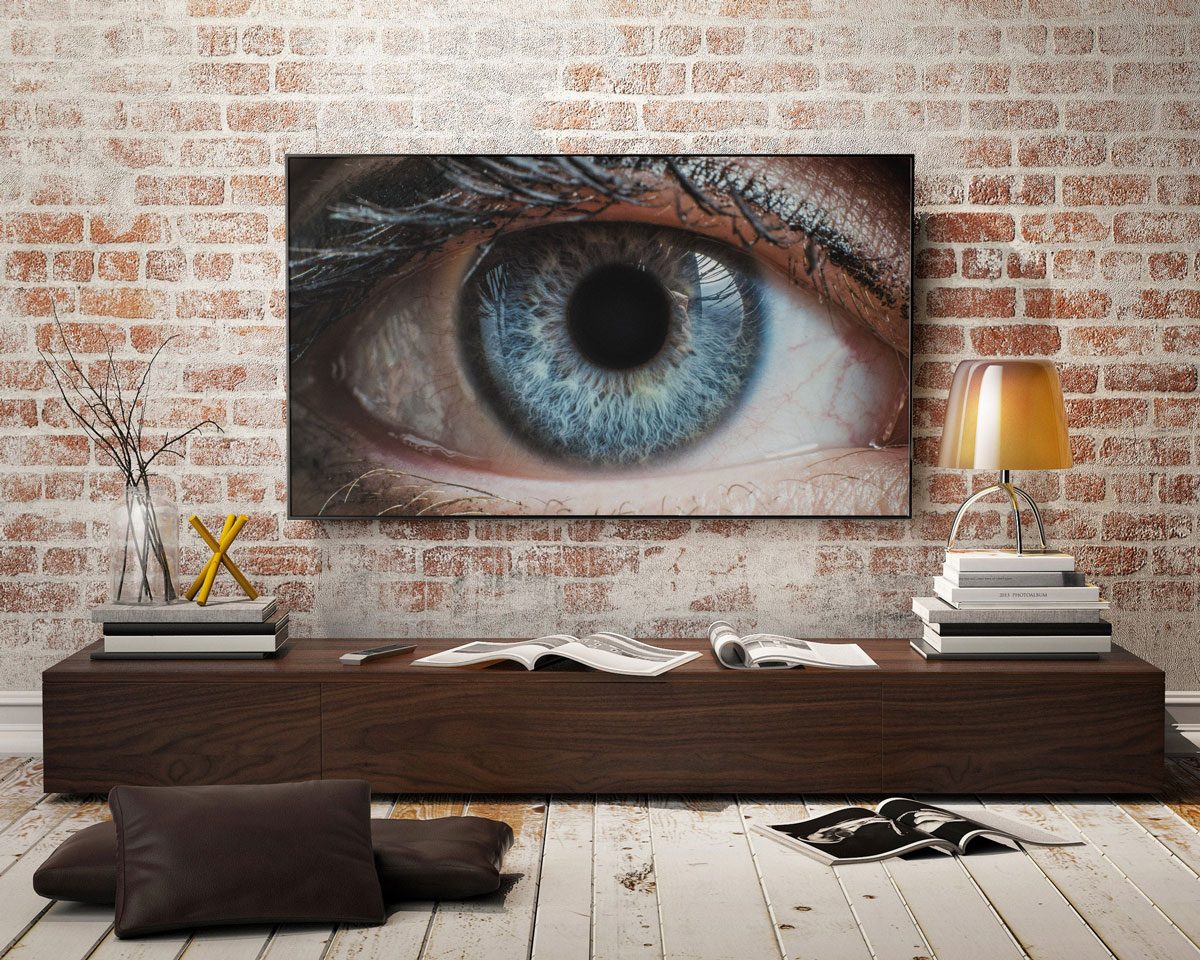 Vizio and the Settlement

Why is that, you ask? Because Vizio is run by humans who thought it would be really nifty to take a shortcut and profit from spying on its own customers. According to the U.S. Federal Trade Commission (FTC) (via Engadget), Vizio had software on its smart TVs that illegally monitored, tracked, and reported what they were watching.

Vizio then sold that data to third parties, including your IP address and the ability to track stuff across multiple devices. And they did this on some 11 million TVs.

But it’s OK, bruh, because Vizio had to cough up US$2.2 million dollars in fines to settle the case with the FTC and the state of New Jersey.

Man, that’s going to teach those TV companies a lesson. No, wait. What’s that other thing? Oh, right! That’s a slap on the wrist and little more than a small cost of business for this egregious breach of decency.

Corporate greed is a thing. Many people will do horrible things in the name of corporate profits, things they might not do on their own. And think about how many people had to collude for this crap. Marketing people, programmers, accountants, lawyers, and suits all had to sign off, implement, and pursue this policy. And third party companies had to voluntarily buy the info illegally gathered.

None of these people did the right thing. They all took a shortcut. It’s what people do, especially when they can hide behind a corporate veil.

We talk a lot about how if you aren’t paying for the product, you are the product. Google, Facebook, and any other “free” service make their money by selling information about you. It’s a reality that I push against whenever possible.

But Vizio added insult to injury. You paid for the product, and the company still spied on you and sold you out to third parties. It’s beyond the pale. Worse, I suspect we’ll see more instances of “smart” devices that are really surveillance devices as time goes on.

To settle the case, Vizio has agreed to stop unauthorized tracking, to prominently disclose its TV viewing collection practices, and to get consumers’ express consent before collecting and sharing viewing information. In addition, the company must delete most of the data it collected and put a privacy program in place that evaluates Vizio’s practices and its partners.

Wow, Vizio has to delete most of the data? That’s really harsh, yo.

No, wait. What’s the other thing? That’s bullcrap. Yeah, that’s it. Thanks, FTC.

And Vizio’s statement to Engadget said:

Vizio is pleased to reach this resolution with the FTC and the New Jersey Division of Consumer Affairs. Going forward, this resolution sets a new standard for best industry privacy practices for the collection and analysis of data collected from today’s internet-connected televisions and other home devices. The ACR program never paired viewing data with personally identifiable information such as name or contact information, and the Commission did not allege or contend otherwise. Instead, as the Complaint notes, the practices challenged by the government related only to the use of viewing data in the ‘aggregate’ to create summary reports measuring viewing audiences or behaviors.

Today, the FTC has made clear that all smart TV makers should get people’s consent before collecting and sharing television viewing information and Vizio now is leading the way.

Yeah, I bet you are pleased to reach this settlement seeing as how it’s crap for we, the people. You know this statement was drafted by attorneys because it nitpicks over language and ignores how disgusting this practice was.

And that last paragraph? “The FTC has made clear that all smart TV makers should get people’s consent before collecting and sharing television viewing information?”

Dear Vizio, you didn’t need the FTC to say you needed consent. You shouldn’t have, anyway. You knew it was wrong, but you thought you could get away with it.

Every person who willfully participated in this practice should be collectively embarrassed and examine their philosophical grounding, because that’s some &#%$ up crap.

Gimme a dumb TV any day.

I only buy dumb TVs and hook my Roku (Ethernet) and cable box to the TV via HDMI. I have no idea if my cable box or Roku are tracking my usage, but I’m quite sure that virtually all Roku channels I use (mostly Netflix and Amazon Prime) track my usage when I’m on their servers. How else would they be able to present me choices for shows based on what I’ve added to my watch lists. I doubt they’re selling the data to anyone.

Same modus operandi as Samsung (and others) stealing proprietary design info. They get together and estimate the penalties and legal fees. Then they estimate the profit they’ll make. If it’s greater, they’ll do anything to make the profit. Pure evil greed.

They knew exactly what they were doing. They probably stole the tracking software.

Just bought a brand new smart LG 4K. So far, it’s only begged me once (at set up) to connect it to my network. Nope, sez I, I’ll connect you to my Apple TV, which is connected to a guest network. I don’t need your stinkin’ streaming service anyway.

Yeah but — do Samsung and other TVs do any better?

Maybe they don’t actively spy on you, but do they open portals to your home network? Maybe. Probably.

And any way to protect against viruses and infections? Oh, you ask too much 🙂

Bryan, thanks for bringing this to our attention. I’m a lot older than you and I’ve spent the better part of my life fighting corporate predation. Unfortunately, I think my generation lost the battle and now we are counting on you to carry on. Bravo!

What’s sad is that LG finally made a good smart tv. WebOS 3.0 is excellent and at some point you click some user agreement. You just know they will have one thing buried in the terms that say you can rape my personal information and privacy and be all like “um we totally informed you”. The real problem is the idiots running courts think that it’s reasonable for users to buy a tv and somehow read a 25 page contract to use your own tv and don’t throw these adhesive garbage clickwrap agreements out as the abhorrent Immoral pieces of… Read more »

I’m right there with you, I wish this sort of thing were more important to more people. I’ve stuck with my dumb TV from 2013, it’s HDMI ports still work just fine.