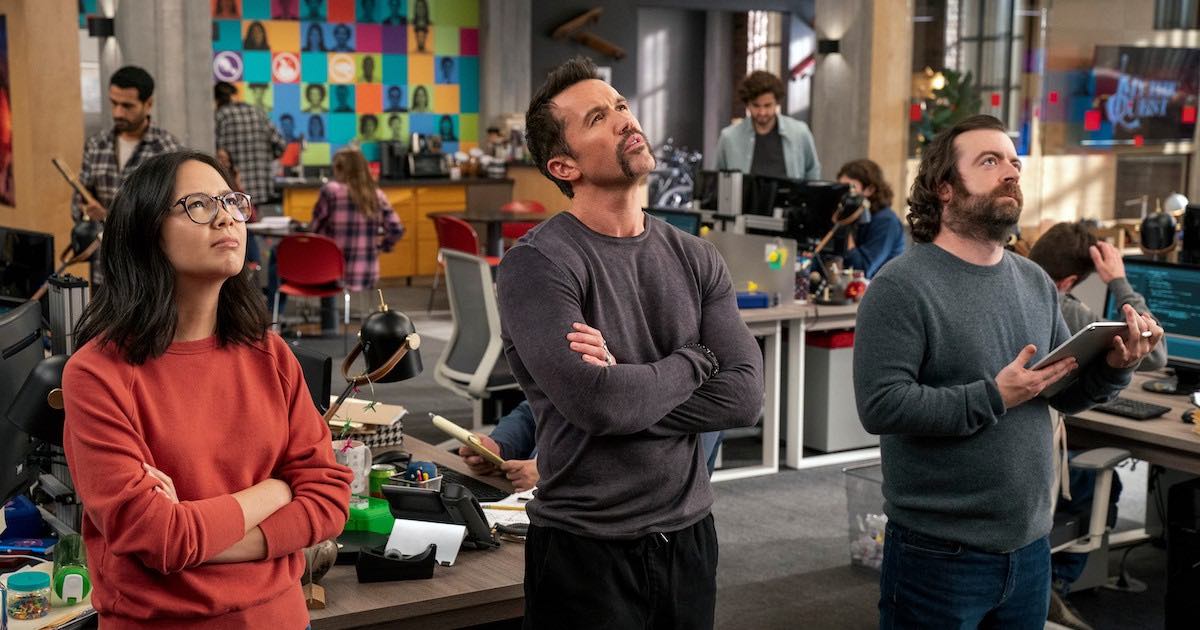 With both Ted Lasso and Severance bringing in awards and audiences for Apple TV+, sometimes it feels like these two shows are all anyone wants to talk about. While they are absolutely phenomenal in their own right, there is also a ton of Apple TV+ content that is worth exploring.

Today we’re taking a look at some content you should check out on Apple TV+ that is not Ted Lasso or Severance.

Today we’re looking at some recommendations on what you should watch on Apple TV+ that isn’t Ted Lasso or Severance. Of course, both of these shows are absolutely great in their own regard, and it certainly is exciting that both will soon make their return to the streaming service. However, there is also some other content on the platform that may be living in the shadows of this programming.

With that in mind, let’s take a look at some content that’s worth checking out on Apple TV+.

With season three of Mythic Quest arriving to Apple TV+ this week, starting off with the series seemed like an easy decision. After having binge-watched the first two seasons, Mythic Quest is slowly turning into one of my favorite shows. What I like most about it is that while it does have much of the same humor as It’s Always Sunny in Philadelphia–which makes sense given Mythic Quest is written by two of the creators of Sunny–it also has a lot of heart.

For Mythic Quest, there’s plenty of episodes that are not only incredibly heartwarming, but incredibly touching as well. For those new to the series, episode 10 of season one I think best highlights the show’s ability to be both hilarious and heartwarming. Filmed during the middle of the COVID-19 pandemic, the employees of Mythic Quest find themselves stuck at home, conversing with one another through video conferencing. While I won’t spoil the ending, I feel anyone that remembers experiencing quarantine during the COVID-19 pandemic will resonate with this episode heavily. Also, Charlotte Nicdao is amazing as Poppy.

Additionally, I would also recommend the episode “Grouchy Goat”, as I think it does a rather fantastic job of exploring the topic of women in gaming, while also encouraging a younger-generation of girls to code. Nice!

For today’s second selection, The Greatest Beer Run Ever certainly deserves a bit more attention. With Causeway, Emancipation and Sidney aiming to take gold, this may cause audiences to overlook this war-time comedy. Which is a shame, as it is possibly some of director Peter Farrelly’s best work.

Starring Zac Efron, the movie follows the story of John “Chickie” Donohue, who leaves New York to find his friends serving overseas in Vietnam and give them a beer. Based on an incredibly true (and weird) story, the film not only explores the Vietnam War from a perspective not typically found in Vietnam movies (Full Metal Jacket this is not), but it also serves as an incredibly important reminder concerning the value of friendship. Poignant, funny, and, at times, hitting major perspectives about war, The Greatest Beer Run Ever offers something for fans of both comedy and war movies.

‘Black Bird’ Flew Under the Radar

For today, the last series we’re going to take a look at is Black Bird. While the series saw a lot of acclaim upon release, the series itself only containing six-episodes means that many audiences may have overlooked this gem.

Taking inspiration from actual events, Black Bird follows the story of Jimmy Keene as he navigates a deal involving him seeing release from prison early if he can get a serial killer to reveal the location of his victims. As mentioned in my full review of the series, Paul Walter Hauser is phenomenal, and Taron Egerton also does a fantastic job as Jimmy Keene.

With it only being a six-episode series, the hype for this show seemed to have dissipated rather quickly. This is a shame, as it is certainly worth a watch. Honestly, I think they could have stretched-out the series by another episode or two to give audiences a “fuller” experience.

Other Suggestions, the Final Word

In terms of other content, I would highly recommend Causeway. While the film itself is rather minimal and atmospheric (which, I admit, I do not usually enjoy), I think Brian Tyree Henry is about to see a lot more nominations for his role as James. However, I think I do need to watch it again before giving it a proper review.

Obviously I have already made it known that I am a fan of Physical, and cannot be more excited for season three to arrive on Apple TV+. Additionally, I do think Loot is worth giving another chance, and I plan on watching Raymond and Ray whenever my internet stops giving me problems. I will also admit that I need to get around to watching Acapulco, as I think that it is also a likely sleeper-hit on Apple TV+. Lastly, Slow Horses has also made its way onto my “watch soon” list.

In short, while Apple TV+ is raising the price of service isn’t the best news, I still think that you get access to a lot of great content for $6.99 a month.

You can find all of these series and more through Apple TV+. Users can find this content either through the Apple TV+ app, or by visiting tv.apple.com.