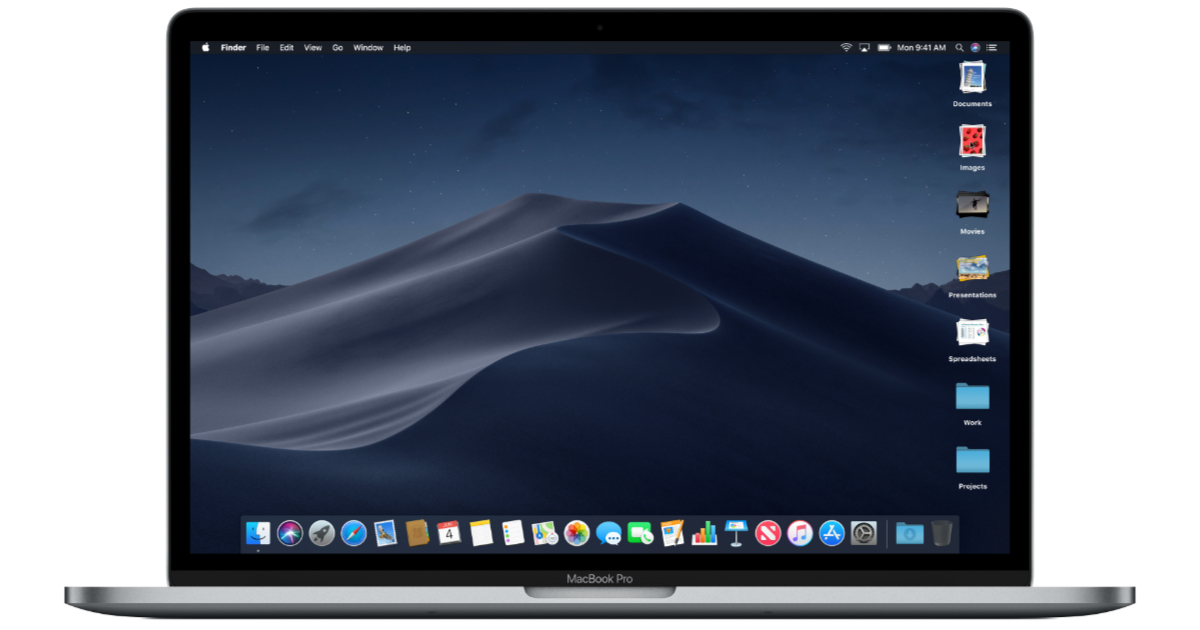 Apple calls its Mac operating system macOS. But what does the OS think of itself? I have a story.

Apple has an interesting past with its Mac operating system name. In its earliest incarnation with the original Mac in 1984, it was called System 1. That name was more or less kept up through System 7, released in May, 1991.

Apple’s struggles with the deficient foundation of this Classic Mac OS led to internal developments, the Copland and Gershwin projects, that really didn’t have a sound enough basis or engineering talent to move forward. Apple looked for a better alternative.

But some advanced concepts of Copland percolated into what would become Mac OS 8 and, later, Mac OS 9. Mac OS 9.2.2 was the last of the terribly obsolete Classic line.

During these years, Apple was being beaten up by Windows 95, which appealed to PC users as a good enough Mac. Microsoft was also working on a modern OS called Windows NT which had pre-emptive multi-tasking via re-entrant code, protected memory, and button-down business focused user access control and logs, to name a few.

In 1996, the need to replace the Classic Mac OS was urgent. Fortunately, Apple, under CEO Gil Amelio, made a wise decision to acquire NeXT, all its UNIX technology, and with that company, a veritable wealth of awesome talent: Steve Jobs, Avie Tevanian, Bud Tribble, Bertrand Serlet, to name a few. The rest is storied history.

[The Origins of macOS: Steve Jobs and NeXTSTEP ]

Apple released Mac OS X, the public beta, code named Kodiak in late 2000. It was only logical, as Mr. Spock would say. X comes after 9, right? ::cough:: The release version was Mac OS X “Cheetah” 10.0 in March 2001. Soon after that, I remember being in a meeting with the product manager, Ken Bereskin. Our SciTech marketing team, in the sales division, was working to build Apple web pages that would interest scientists in this new UNIX-based OS. I wanted to explain how to pronounce “Mac-oh-ess-ten.” Ken declined permission. Just print the name, I was told, not how to pronounce it.

And that’s the earliest seed of Apple’s love-hate, ambiguous relationship with the Roman Numeral “X.” In fact, it persists today on the iPhone side where iPhone XS is pronounced, defying all language logic, iPhone “ten-ess.”

For some reason that was never explained, Apple switched to simply OS X in Mountain Lion in 2012. There was some glimmer of an idea that OS X would, soon, appear on non-Mac hardware, but the real intent was never revealed.

Then Apple shifted gears again in 2016 with macOS Sierra. The term Mac reappears, but in lower case to remain in sync with iOS, tvOS, and watchOS. But is macOS the real name of this OS, or is it just a marketing term? One can find the actual version of the macOS from the command line with the command:

I believe that ever since Mac OS X shipped, the result of this command has been “Mac OS X.” So one might say, as former Apple employee James Dempsey told me, the Apple marketing department has probably never actually looked at what macOS says about itself on the command line. Here it is for Mojave.

And that’s just one example of Apple’s storied history of product names. It all started with X, I mean “ten” in 2000. Perhaps, some day soon, Apple will emerge from the wilderness with new, coherent ideas for product names. For now, at least, the UNIX side of Mac OS X knows its own identity.

The only person confused about all this is you, John.
Where do you get the idea there’s a “love-hate” relationship with the Roman numeral system? Seems to be all love to me. The X conveniently suggests the Unix foundation of this product and coincidentally refers to the number ten in Roman numerals. I think Apple loves it to death.

I’ve never met any actual Mac users who were at all confused by these names.
As for the iPhones, I mostly hear them spoken of as Kelly Guimont did.
Tennis, Tennis Max (or Match) and Tenor.

And “we can’t change that because it’ll break thousands of scripts that our customers have written” leads to some, well, interesting output these days…

For example, I help administer a cluster that uses IBM’s GPFS as the cluster filesystem … we’re approaching 2 petabytes of storage and we’re on the smallish side … but if you display quotas in the default format … it’s in kilobytes! 😉

They can’t change the name there. Instantly, thousands of unix scripts, designed to run cross-platform, would fail when the script wouldn’t know what it was running on.