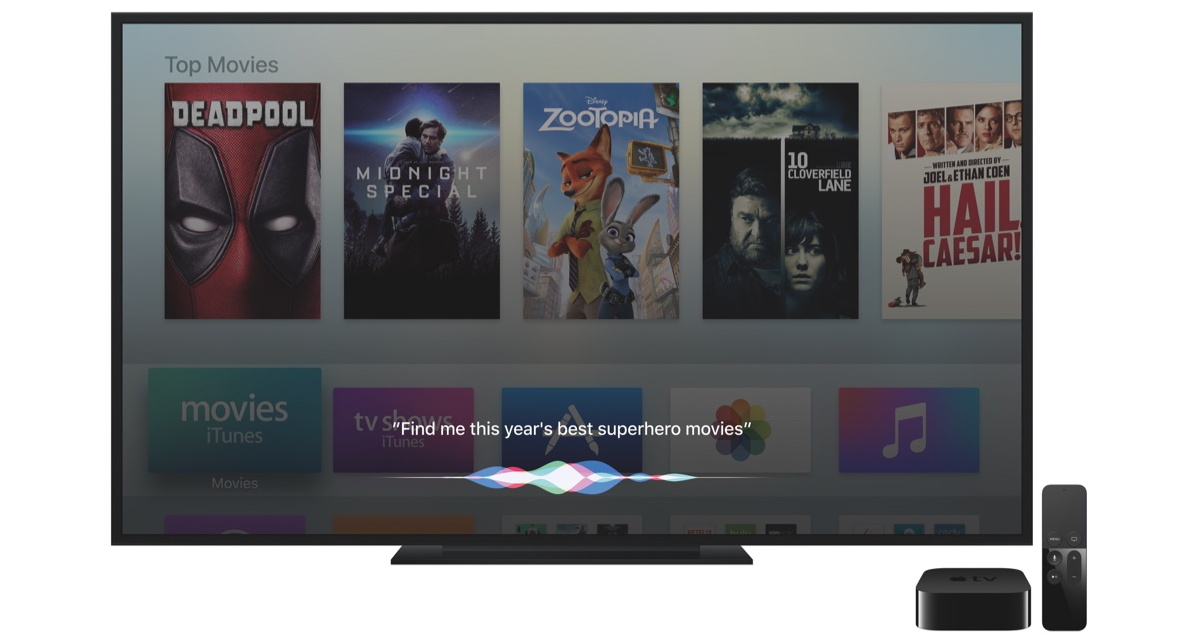 Apple has been nibbling around the edges of the TV experience for a long time. The Apple TV has been a good start, and the recent emphasis on the 4th generation Apple TV and apps has been good. And yet, Apple hasn’t really closed the loop for a complete 4K/UHD TV viewing experience and has delivered only pieces of the needed hardware. My thesis follows.

When I think about TV, I think about hardware. While most modern high technology companies find it easier and more profitable to work with exciting software, such as AI agents, customers remain perplexed about how to construct the proper underlying hardware in the realm of modern TV.

Things have really changed sine the HDTV revolution, centered around 2006-2009. In that era, we plugged in a (dumb) 1080p TV and connected it to the DVR. Optionally, some might have a Blu-ray player and an Apple TV or Roku. The more advanced customer might have had a an A/V receiver driving the HDTV and a speaker system.

Since then, consumer TV has gotten a lot more complicated. Not only are we awash in OTT boxes with apps and services, but the modern, complex 4K/UHD TVs are loaded with confusing software and technical advances such as deep color, HDR and Dolby Vision. These smart TVs have their own built-in agenda. They feature special TV OSes—like Android—that would very much like to monitor what you watch and report via the internet to the motherships.

The State of the 4K/UHD TV Union

A great example of what the modern TV buyer faces is beautifully and painfully told in this story by Walt Mossberg. “TVs are still too complicated, and it’s not your fault.” Walt’s beloved Plasma TV dies, and so he went hunting for a 4K/UHD replacement TV with his son. It’s a story of confusion and disappointment even by an astute and experienced technology writer.

Apple has done little to solve this kind of problem faced by millions of potential customers who are on the verge of making the 4K/UHD leap. Apple has assembled only parts of the solution, and even then, we were disappointed that Apple didn’t get out front with a 4K enabled 4th generation Apple TV. It’s similar to the early days when it was so very hard, with PCs, to get on the Internet and Apple touted the new iMac as a way to just do it in three easy steps. Remember this?


Alas, there was a time when many, including Piper Jaffray analyst Gene Munster, surmised that Apple could solve this problem by selling its own branded HDTV. The biggest argument against that move was that Apple couldn’t make any serious money in a cutthroat TV market controlled by the giants Sony, Samsung, Vizio, et al.

However, one can argue now that the situation has now changed. The emphasis on privacy, the dread of buying a snoopy, vulnerable, 4K/UHD TV, and the abysmal user interfaces being delivered by the TV makers reminds one of the early PC vs. Mac days. This seems like a opportunity for Apple to Macintosh-ize the 4K/UHD TV industry. Instead, Apple has settled back into the comfortable realm of an add-on Apple TV and its 30 percent take of the content delivered by other company’s apps.

As customers try to navigate the migration from HDTV to 4K/UHD TV, in a search for lower recurring costs and much needed simplicity, the prospect of cord cutting arises. Surprisingly, Apple has not shown much interest in providing hardware assistance to those who would like to cut the cord. After all, that’s what the Apple TV is all about.

The Critical Mass of Hardware

What would constitute a complete solution by Apple for all those customers who are making this migration? I submit that Apple has only a piece or two of all the necessary components. Here they all are.

1. A stand alone, dumb 55-inch OLED 4K/UHD TV, with no OS, driven by a 4K/UHD 5th generation Apple TV. Customers would be pleased to know that their Apple TV is protecting their home network security and privacy and that the OLED TV, devoid of a complicated remote, its own apps and its own prying tendencies could cost them less.

2. A new 4K/UHD/HDR 5G Apple TV with SSD-based DVR and antenna coaxial port. Today, cord cutters who need a DVR have some modest choices. However, it requires some effort and healthy expertise to find, acquire and exploit Over The Air (OTA) DVRs. See: “OTA DVR Comparison for Cord Cutters: Best OTA DVRs of 2016.” This market seems very nascent and presents an opportunity for Apple to bring its own expertise to the game.

Of the next two, only one piece is in place.

3. An iPhone/iOS remote to control the Apple TV. This is sort of like a big fish in a very small pond. It’s great, but only makes a small contribution.

4. Speculative. We’ve learned about a rumored Apple initiative to provide a comprehensive channel guide for Apple TV. Jason Snell describes it here, “Apple’s new plan: a TV guide,” it’s another one of those unfortunate efforts by Apple to serve its customers yet suffers from stonewalling by entertainment executives who have their own agenda.

It seems to me like every time Apple tries to improve the TV viewing experience with software, it runs afoul of vested interests in the TV industry. That’s why, I think it would be helpful for Apple to boldly give us some elegant hardware solutions that build a solid foundation for interoperability, ease of use and privacy. And then leverage on that foundation, down the road, with its own integrated software. This is an Apple strength.

I am in the same boat as Walt Mossberg, as described in his story linked above, in that I am eyeing an OLED 4K/UHD TV. But I am appalled by the broken and incoherent 4K/UHD TV industry, complex TV remotes and options and the primitive, subscription driven cord cutter DVRs.

At one time, as with the original iMac, Apple would have happily seized the opportunity to make our lives better. Instead, Apple waited from March of 2012 until October of 2015 to update the Apple TV, disappointed many, and showed that it simply wants to go along and get along in an industry where it could really make a difference with a total hardware solution.

This is what Apple does. This is Apple’s forte.

1) Fewer than 10% of homes have 4K displays currently. (The expectation is that it will surpass 50% in the next 3-4 years.) 2) The average American home has about half of the download bandwidth necessary for trouble free 4K content streaming (not to mention data caps and throttling). 3) YouTube and Netflix are the only real 4K content sources, and even then, slim pickings. Could apple blindside the industry and have another iPod or iPhone type of moment? Sure they could. But they’re taking there time because frankly it’s still too early. If they’re going to do a box,… Read more »

Benedict Evans speak of the same reason. Low Margin. I don’t buy this answer. ( But time has often prove he is always right and I am wrong ) In today’s globalisation, manufacturing cost for the same quality product is nearly the same for everyone depending on scale. Apple could easily mark up 30% of an exactly the same Sony TV and still sell very well, just because of the Software. There is also the argument about the volume is too small, and replacement cycle is too long. Well, surely AirPort Express, and some accessory are the same too, why… Read more »