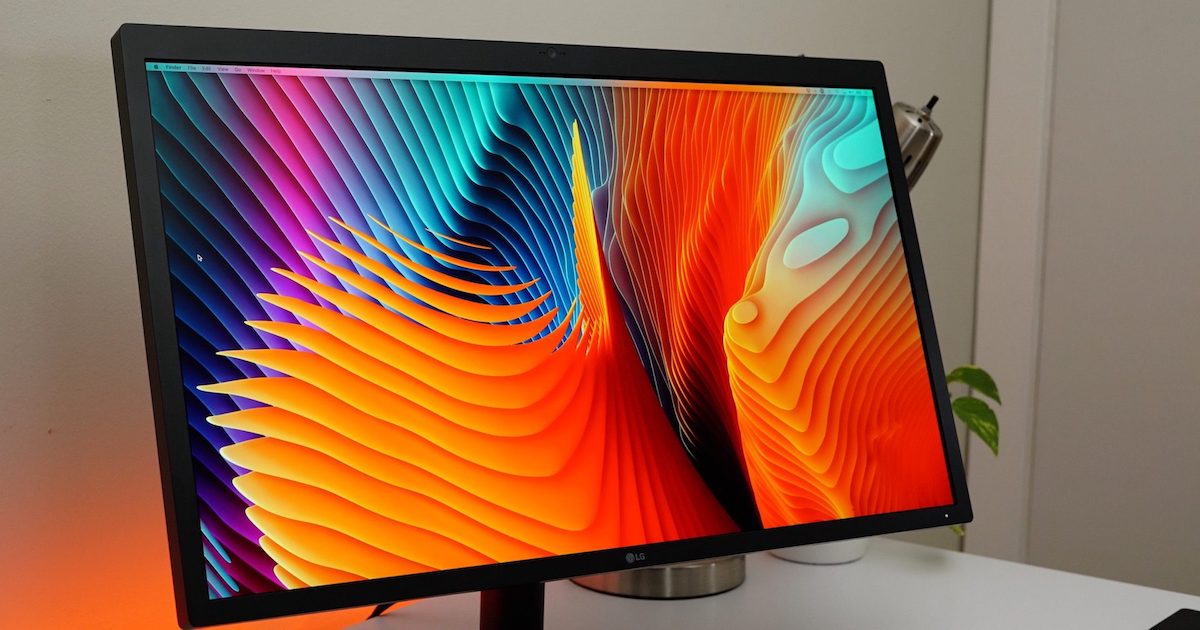 The Particle Debris article of the week, this time, is actually a collection of articles that form an emerging picture of our video future with Apple. But that requires some perspective, and I’ll walk us through it. Don’t let the references here to 8K deter you.

1. The first is from Gizmodo. Okay, This Argument for 8K TVs Is Kinda Convincing This article get into the technical details of 8K TV in a delightful, readable way.

While admitting that there’s no 8K content yet and the 2019 8K TVs will be obscenely big and expensive, author Alex Cranz sets the technical table for our understanding of the video issues. This will be important to Apple customers soon.

2. At Flatpanelshd, Torben Rasmussen goes hands-on with Sony’s 2019 8K and 4K TVs. The gist of this article is not to argue for 8K now, but rather, take the reader on a grand tour of the displays, the technologies, and the nomenclature.

Particularly interesting was the discussion of scaling. In my own case, I am acutely familiar with driving a 2160p resolution TV with a 480i DVD. I have observed how the upscaling and de-interlacing drives the (A1E) Sony TV to its limits. I was both pleased to see how well Sony’s superb scaler worked and mildly appalled that I could see the valiant effort it was making, occasionally making itself seen with unavoidable visual artifacts.

I know many U.S. homes still have HDTVs partnered with DVD players, but by the end of this year, that percentage of U.S. home HDTVs will drop to 50%. The other 50% being UHD/4K. So while sales and consumer momentum still prevail, the TV industry in the U.S. really ought to be thinking about curtailing the manufacture of 480i DVDs. Especially when some decent Blu-ray players sell for under US$100.00 and almost anything available now on DVD is also on Blu-ray or via streaming.

When it comes to 8K TVs (4320p) upscaling a 480i DVD, it’s almost a factor of 10. This will be a huge task, let alone 4K to 8K scaling. The above article at Flatpanelshd, discussed a new industry upscaling technique using AI.

Sony did not put much emphasis on 4K to 8K upscaling but since there is virtually no 8K content (we have seen a few examples of movies that are in the process of being remastered in 8K but it’s still not official) any type of upscaling must significantly alter the source to utilize the millions of added pixels. In this regard, Sony emphasized that it is using upscaling coupled with an image database, which is similar to how Samsung is approaching 8K upscaling. Sony refrains from calling it “AI” but the concept is the same

3. Meanwhile, we as Apple customers are eagerly awaiting Apple’s new displays, our expectations of them will be set by what the rest of the industry is doing. At 9to5Mac, Alex Allegro asks us what type of monitor we’d like to see from Apple to partner with the expected 2019 Mac Pro.

As 2019 begins, the professional market is looking towards a massive refresh of the Mac Pro and native display offerings from Apple.

However, with CES these past two years showing off so many OLED and 8K displays, the question begs, how can Apple truly innovate in the pro monitor space this year?

Apple is now a creator of original TV content and ships a pretty nifty Apple TV 4K. It’s no longer sufficient for Apple to go its own way with displays, as this article points out. “Samsung and Apple Announced AirPlay Support and new iTunes App for Smart TVs.”

And this one by Jonny Evans. He makes his case: “Why Apple’s TV & movie streaming service is coming to Android.”

While you may not be in the market for a new TV, the TV industry is changing fast. It’s good to be well read and ready to assess what Apple will be offering in 2019, the year of the display, with its video services and hardware.

• There two kinds of articles these days about 5G wireless. Some are breathless as they extol the benefits or echo carrier claims full of hype. The second kind gets into technical realities and explains things we need to know with perspective. Here are two of those.

… sometimes writers looking for a story don’t fully understand what they are talking about. And that seems to me to be the case with complaints that Apple is too far behind in adopting 5G networking technology in future iPhones. For all the legitimate stories about how Apple should have done this or that, 5G doesn’t belong on the list. And that’s because 5G isn’t really about mobile phones at all.

• Finally, at AppleInsider, author Malcom Owen writes: “Mac Pro, iMac & Qualcomm: What to expect from Apple in the start of 2019.” Author Owen writes a good overall article, but it’s noteworthy for this intriguing prediction that explains the delay in Coffee Lake iMacs—something we expected in 2018.

A related item that could also see some changes is the iMac range, as while Apple released new models in 2017, there weren’t any notable additions made in 2018. The October event, which was tipped to include some Mac-related changes, focused on a new Mac mini as well as a new MacBook Air design, leaving the iMac alone.

An updated iMac lineup, or a refreshed iMac Pro, could easily be introduced alongside the [2019] Mac Pro, with the former offered as a more value-conscious option for consumers alongside the high-priced professional models.

John: This a somewhat eclectic PD selection, certainly in that most topics have little interrelation, but interesting all the same. Given how TV consumption habits are changing (which does relate to 5G, more on that in a moment), any industry investment in 8K needs to be methodically considered and marketed. In my household, most TV consumption is done on iPads and Macs; rarely on our (not cheap) HDTV entertainment system in the basement. While I expect to have to upgrade it at some point, I will need to think long and hard before doing so, and will want to invest,… Read more »

Regarding these 8K displays and DVD’s, I have to say that there are so many movies/TV Shows (even many coming out today from smaller studios) that are only available on DVD and not Blu-ray. Or Blu-Ray only at launch and then only DVD available. There are even a surprising list of Disney Movies (one of which I really like) that are still only on VHS. Don’t ask me why that is but it is what it is. Same with Blu-ray. Most older titles are only DVD at best and that is if they are still for sale. Otherwise back to… Read more »

I never bothered with Blu-Ray. I have a fair number of films on DVD. Mostly I stream now, which is no better than 1080p. I agree about not bothering with a 4k-8k TV yet. Last year we updated our old one and got a great deal on a Sharp-Roku 55″ 1080p set. It was an old model they were trying to clear for the new 4k versions. We grabbed it and it’ll do everything we need for a long time.

Glad to see the articles about 5G. I saw a breathless article this week where an analyst predicted that 2019 would be a huge year for cell phone sales because most users would want 5G phones, (and Apple wouldn’t have one). Sorry, but as great as 5G may be, it’s not here, and not ready, and it will be a while. 8k, ho hum, I’ve seen the TV hype come and go. Heck we don’t even have a 4k TV yet. We don’t even have 4k CONTENT yet. I’m not holding my breath. Did Apple SAY they were going to… Read more »