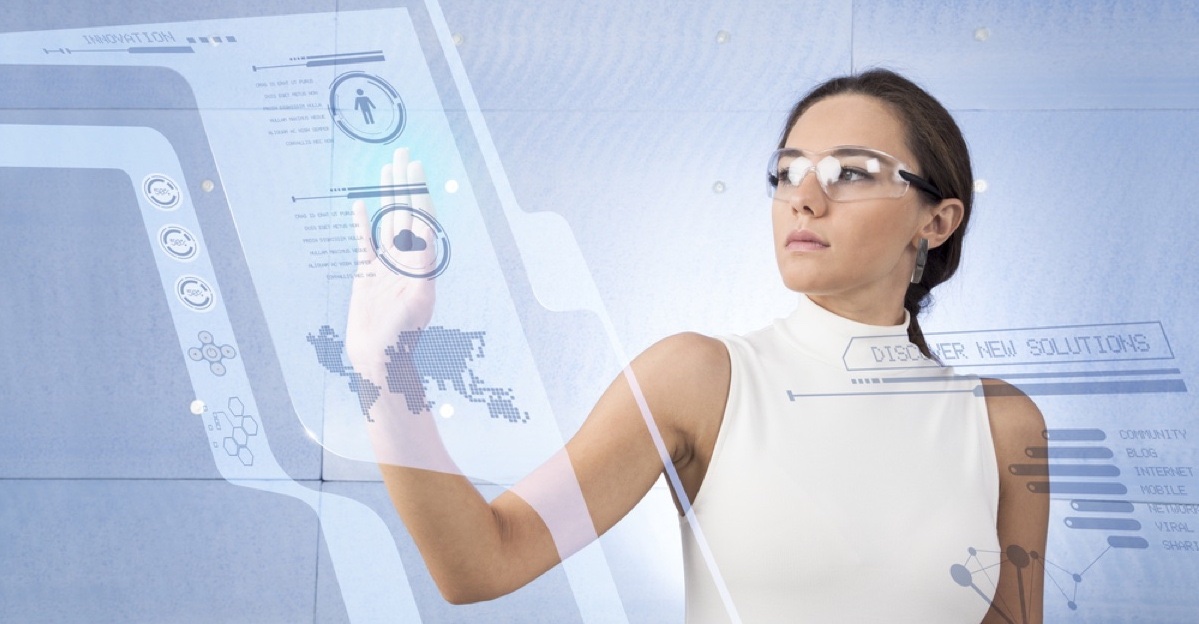 Augmented reality (AR) is coming. Combine it with AI … and … wow!

Mark Gurman and his colleagues at Bloomberg have written that Apple is exploring another wearables project: digital glasses. “Apple Considers Wearables Expansion With Digital Glasses.” According to people familiar with the matter:

While still in an exploration phase, the device would connect wirelessly to iPhones, show images and other information in the wearer’s field of vision, and may use augmented reality (AR)….

But wait. Don’t laugh yet.

I’ve long believed that this is our technical future. That is, a sophisticated optical device that displays all the information we need on our visual field. (Think about combining that with a really smart AI agent!) Just how that’s implemented is the key, and it will surely evolve. Google Glass was version 0.10.

Right now, according to Gurman, Apple is in the testing phase.

Apple has talked about its glasses project with potential suppliers, according to people familiar with those discussions. The company has ordered small quantities of near-eye displays from one supplier for testing, the people said. Apple hasn’t ordered enough components so far to indicate imminent mass-production, one of the people added.

Of course, as Google found out, there are lots of technical and social issues to work out. Perhaps, Apple with hindsight, tremendous R&D funding and vast UX/UI experience can get us all the way there, as it did with the Apple Watch.

The days of walking around, dodging busses, staring at a little black brick will be over in a few years.

Next page: The news debris for the week of Nov 14th. The first Microsoft Surface Studio reviews. You guessed right.

This afternoon at the Apple Store, well Apple, I had a chance to mess around with a MacBook Pro and Touch Bar. I think that I will opt for the model with the Touch Bar, it is very nice and will come in handy. Only 30 lbs more to go on my weight loss program, the new MacBook Pro is my incentive.

Hmm . . . I have no doubt Apple could makes something neat with AR, but the question remains whether or not people actually want it. I think a big part of the issue with tech in general is this insistence on developing things for a future that has yet to arrive. Until something like this is as easy and functional as a ‘J.A.R.V.I.S.’, it’s just too much hassle. Is Silicon Valley insularity to blame? I can’t say for certain, but it sure seems to be. Wearing glasses isn’t much different than wearing a watch – if one isn’t inclined… Read more »

I agree Buck. We would end up putting a wider case on the iPad.

Re: new iPad rumors:
I don’t understand how bezel-free could possibly be wanted by anyone. Sometimes when I pick up my iPad (Air 2) a finger or thump barely grazes the edge of the screen and unwanted things happen, like interrupting the stream I am listening to. When iPads magically follow us around, then maybe edge to edge screens will be useful. Till then, not so much.

“They will update the desktop Macs, maybe starting with the Mac Pro, in the next few months…”

What geo said. I would add that the ol’ paradigm of Apple taking other’s pre-existing technology (swipe to unlock; NFC; stylus’, smartwatch etc) and sprinkling fairy dust on it just won’t fly any more. The AI assistance field (echo etc) seemed like Apple worthy; VR seemed Apple worthy, I just wonder. So, this glass will be the latest thing Apple poo-poo’d like NFC and stylus’ a few years ago only to backpedal and copy. Great. Steve’s rolling in his ‘pod’. Please, Apple – BUY Tesla and install Elon as CEO ASAP!!! I want a 35 lb carbon EV Apple Bike… Read more »

Or Apple could continue to abandon us. Your choice Apple That is true of so much in the Apple universe right now. They keep saying there’s great stuff on the way. Rumours are out there of really cool stuff that will revolutionize things. But they never seem to arrive. Macs are stagnant, the SmartWatch fad has peaked, Tablets are essentially unchanged, and Phones are commodity items. Yes they are making money but they’re stagnant. You know what Apple reminds me of? GM in the early 1970s. Making lots of money making more or less the same thing they did ten… Read more »