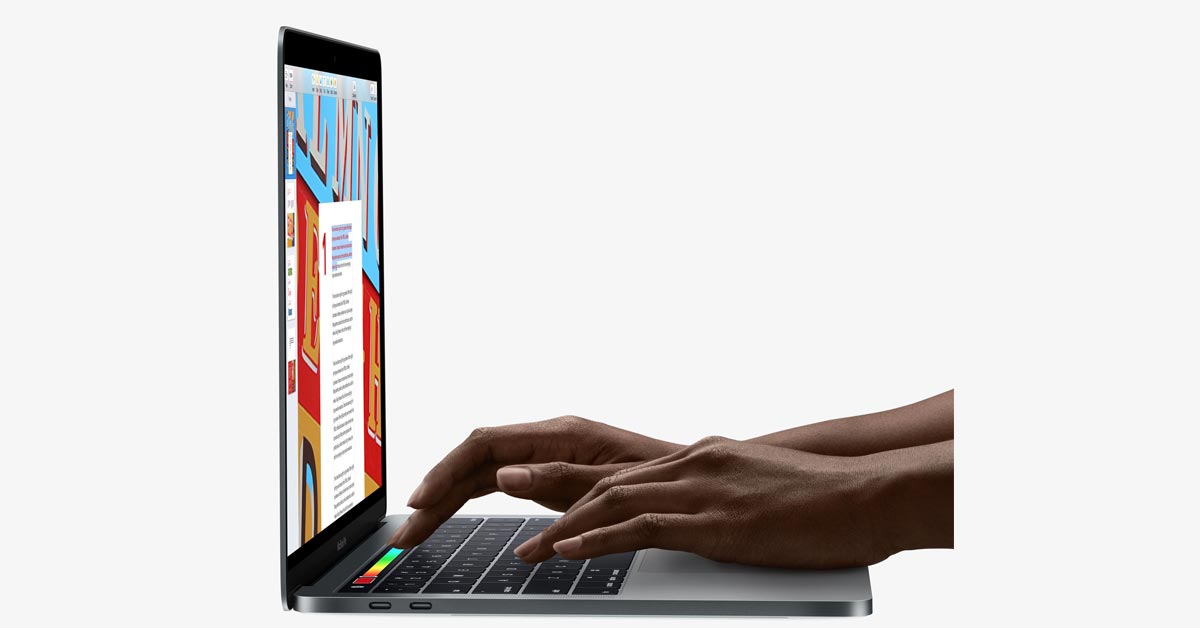 1. The most complete compilation of the community’s negative response to the “hello again” event comes from developer Michael Tsai. “New MacBook Pros and the State of the Mac.”

There are many indictments in this collection of community comments. Questions were raised about whether these new MacBooks can really be called “Pro” devices, questions about Apple’s excessive focus on thin and light, (and the 16 GB RAM limitation), instead of powerful and versatile. Owen Williams was quoted from his magnificent missive.

Apple spent the entire event comparing itself to its own past, rather than showing us the future, and even then painted a very clear picture: it has no idea who the Mac is for.

The negative reaction is not because the new MBP is terrible when viewed in a vacuum, it is because people who would like (or actually need) more powerful hardware than the one-size-fits-all approach that seems to be Apple’s current course are no longer catered to, or so it seems.

This compilation runs to roughly 100 thoughtful, critical observations about what they saw from Apple on October 27th. It’s an impressive body of work and is a great cross-section of community feelings.

2. Finally, the most explicit argument against Apple I’ve seen is from our own John Kheit. “Apple Has Missed the Plot.” Author Kheit sets up the indictment, then delineates nine ways Apple has lost touch with the Mac community and its needs. Here’s #6, but they’re all spot on.

They’ve lost the plot believing that they are making tools for creative professionals (e.g., that a $5,000 MacBook Pro with only 16GB of memory and a Touch Bar is a reasonable creative professional offering). And that abandoning creative pro tools (Aperture, crippling Final Cut Pro, expandable Mac Pros, etc.) is a cogent strategy.

Looking at all the evidence above, plus the many, many other articles [here’s a good one] that make the case for and against, I conclude that this affair was brought on by Apple willfully. Apple could have maintained its Mac energy with regular hardware updates. That would have telegraphed its continuing attentions.

Apple could have shown or at least talked about other Macs, perhaps iMacs, on October 27th, but was apparently frozen into inaction by either technical delays and/or the Microsoft event the day before. Observers have noted that Tim Cook’s presentation seemed strained, not as well rehearsed, and invoked what seems to be filler material at the outset. The team seems to have been up late, re-thinking the agenda in light of what Microsoft announced. All the earmarks of failure to execute are there.

The weight of evidence is that no matter how much we love Apple, and want to stick up for it, the company stumbled badly. Apple can no longer claim innocence and ignorance about how the Mac community feels. The company has a choice. Make things right, or endure continued storms of outrage that will bleed into generalized disaffection with other minor offenses that would normally be overlooked.

All this said, it would be incredibly easy to Apple to wow us and make amends. The company should know what to do now.

John: For a topic like this, it’s hard to know where to begin, so let me begin with a quote from HL Mencken, “For every complex problem there is an answer that is clear, simple, and wrong”. To illustrate, as a young intern, I had a complicated post-op patient who had had surgery for aesophageal strictures (look it up if you’re curious). During his recovery, he became febrile. We gave him acetaminophen (Tylenol), and did a workup to rule out infection. There was none. Still, he complained of fever. Clearly, in order to break his fever, I’d have to use… Read more »

Here is the link.

Before I make my comment: “heads” – sadly there seems to be no editing for TMO comments! May I recommend Grammarly. Even if you just sign up for the free version and add the Safari Extension, it might be enough to help you get past those typing nits! Since it is getting to be all about the apps, the software we use, what is the difference if that software runs on a Mac or a PC. I can get along without Safari since I use Firefox as an alternative. Other than Photos, what other Mac-only software will keep my tied… Read more »

“heads” – sadly there seems to be no editing for TMO comments!

I’m not going to join the chorus calling for the head of Messrs. Cook/Schiller/Ive, but I’m puzzled as to why there has been no follow-through on the 2013 Mac Pro, and I agree that “Hello, Again” raised expectations to iMac ’98 level but delivered less of a step forward than Apple’s 2012 Retina MacBook Pro (or the neglected 2013 Mac Pro.) On the other hand, unlike many commenters here, I am a huge fan of the iPad Pro. I rarely use the Microsoft-style smart keyboard, but I use the iPad all the time and find the 12″ form factor to… Read more »

For those that argue that it’s OK because Apple is still making money, I’d like to point out that no matter how Balmer’s Microsoft blundered, it was also profitable. No matter how utterly clueless, leaderless, or feckless Microsoft became, it still made money.

I hate to admit it, but I agree with the other posters. Tim’s Apple seems to have lost its way. I have no idea who is ultimately responsible, I doubt very much it’s one individual, but I haven’t had thoughts like these about the company since the System 7 days. Something has gotta change.

There is such a thing as “too much elegance and not enough practicality/value.” I think Apple has crossed over this line with the current crop of MacBooks (I will not call them Pro machines). Thin in a consumer device is nice but really is out of place in a Pro machine. Too thin? Yes. While some are claiming Tim Cook should go, I think his only failing is not having enough balls to stand up to Jone Ive and say, “No! Stop obsessing about thinness!” How about a screen with NO bezel… well, it needs to be thicker. How about… Read more »

It’s been a long time since there’s been this much criticism about Apple from all quarters. I tried to give Tim cook the benefit of the doubt, but at this point he’s getting perilously close to Ballmer’s reign of error. Yes, the company is still making money. But the Mac is still suffering from neglect. Under his watch, there has been incredibly poor rollouts of the new Maps and Apple Music. Schiller is, amazingly, getting worse at presenting. In fact, this was the worst presentation ever. From the awkward, awkward demos of the touch bar, to the amazingly lame comparison… Read more »

Totally agree John, but it is worse than that. It is not just the Mac, there is lame all over at Apple. It is time for Tim Cook to go. It is deja vu all over again and they are playing the part of Microsoft 1999.

It has to be said. Tim Cook must go. I tried to give him the benefit of the doubt. I tried to tell myself that his style was different from Steve Jobs style. Not better or worse just different. That his Apple would be different from the old Apple but the core of what made Apple my favourite company would still be there. But there’s a difference between following a different course and being rudderless. Today’s Apple reminds me a lot of the mid 2000s Microsoft under Balmer. Lots of little pet projects that come and go, but the core… Read more »

“Observers have noted that Tim Cook’s presentation seemed strained, not as well rehearsed, and invoked what seems to be filler material at the outset. The team seems to have been up late, re-thinking the agenda in light of what Microsoft announced. All the earmarks of failure to execute are there.”

In light of no evidence, that’s nothing more than idle speculation. I think Schiller did a stand up job.

With my 20/20 hindsight, I think Apple should have released a spec-bumped MacBook Pro back in July with Skylake processors, and waited until June 2017 to release the touch-bar MacBook Pro with Kaby Lake processors. This would have allowed Apple to shift the blame squarely on Intel for a delayed redesign, instead of releasing a compromised MacBook Pro this month. One article I read this week said that this new MacBook Pro is not a continuation of that Pro line we are use to (the 2012 line), but it is instead the “full” version of the 12″ MacBook. Based on… Read more »

Until people stop buying iPhones because Apple won’t provide the MacBook Pros, iMacs, & Mac Pros they want, Apple won’t give a damn what you think about their computer lineup.

Downright depressing, is what this is. I should have left reading this until Monday. I looked at that Surface Studio machine ad. That is a pretty slick looking piece of equipment. I am also starting to hear good things about Win10 (but it is still WINDOWS ) I then went to the Apple site and priced out a loaded 2016 MBP. (Warning, I live in Canada). Damn near had a heart attack! Almost $6000.00. That does not even include a monitor and the necessary converters to attach all my external drives and other devices. It is extremely unlikely that there… Read more »