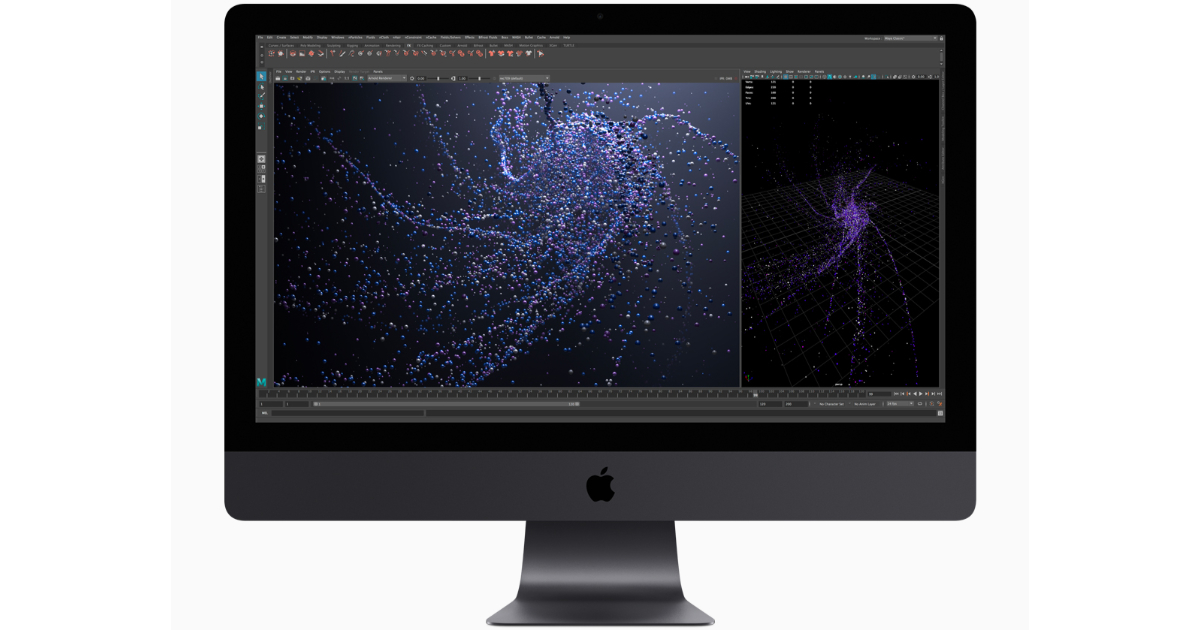 There’s been some fuss about the new iMac Pro not being upgradable, but I think that misses the point. It is, after all, an iMac in essence. Albeit a fast one. And so the real question is not, why isn’t it upgradable for the pro? Rather, the question is, who is this kind of Mac aimed at and what signal does it send about Macs of the future?

The first thing to know about this new Mac is that it’s designed for users who require great performance out of the box. It’s not aimed at engineering users who, at first glance, want to go after it with a screw driver. Those institutional and small business users are likely to appreciate the convenience and sheer power and will likely buy it in the configuration they need. After all, how many consumers on a budget are going to anguish between a $5K and a $7K decision?

While many observers lament that this Mac can’t be tinkered with, because of its “pro” moniker, it’s important to remember those users who appreciate this kind of equipment. Over at TechCrunch, Matthew Panzarino properly and smartly points out in this great article:

The [Apple] messaging was interesting to me. It was absolutely, clearly, a love letter to developers. Most of the Mac and iOS developers I know use iMacs or MacBook Pro machines – especially given the limited nature of the Mac Pro as it exists now.

It certainly feels to me that the criticism about the iMac Pro’s lack of upgradability is a conceit that overlooks the focus of a powerful Mac, the promise that it presents and the assuredness that the coming Mac Pro will be the machine directed towards the tinkerers. “Apple Continues to Work on All-New Mac Pro With Upgradeable Design.”

Another conceit that’s easy to float is that Apple doesn’t understand it’s customers and uses marketing hype to make up for defects in the design of a new Mac. Nonsense. Again, the Matthew Panzarino article (above) clearly lays out the case that Apple knows exactly the kind of customer who needs and will love a machine like this.

The Giant is Awake

This Mac suggests that the sleeping giant is awake. The strides made by Apple’s competitors during the Dark Mac Years (2015-16) suggest that Apple is just getting started with a new era of Mac thinking. The Mac Pro, which is likely to appear in 2018, is probably not the end of the story. Most assuredly, the 2018 Mac Pro will be expensive. However, the Mac revolution won’t end there.

The bigger story is that Apple now feels that the role of the Mac can’t be fulfilled without a focus on sheer computational power. Enterprise, government and military users got tired of cute Macs without a lot of power. Given that an iPad Pro or even an iPhone has enormous computational power, it only makes sense to reinvigorate the Mac line as a family of very, very fast and capable machines that just can’t be duplicated any place else, by any other platform.  And can do things no iPad Pro can do.

And so I expect this thinking to extend to the MacBook Pros as well. Following this logic that a headless Mac Pro will be a virtual supercomputer, what might be in store for the next Mac mini could also be a pleasant surprise.

It’s going to be an exciting next few years with the Mac. Some Macs will remain aspirational for the average consumer, but Apple is also smart enough to present us with an invigorated line of Macs that traditional customers can afford. The jazz of the best, most powerful Macs will inspire us all to upgrade to the best possible place in a spectrum of new, very fast Macs with amazing capabilities inherited from the top of the line.

The iMac Pro isn’t the end; it’s the beginning of the new Mac thinking. I can’t wait.

Next Page: The News Debris For The Week of December 11th. Net Neutrality is Dead – Not So Fast