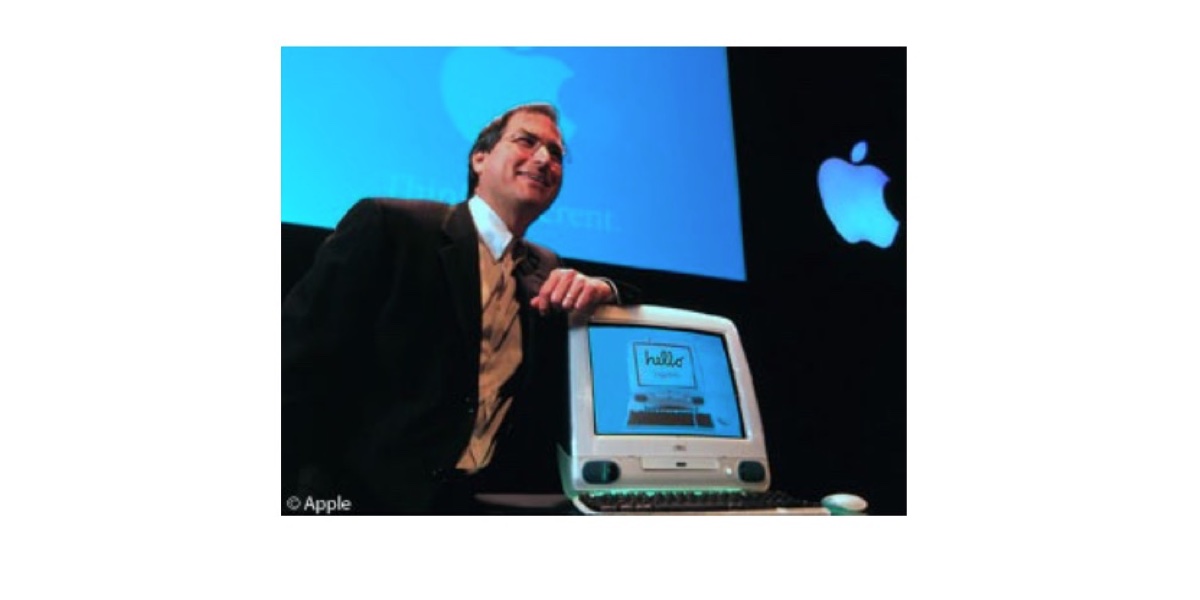 The Particle Debris article of the week comes from William Gallagher at Apple Insider.

More than even the iPhone, it’s the iMac that shows us what Apple always aims for—and usually gets. On August 15, 2019, the 21st anniversary of when you could first buy it, here’s how one machine changed Apple and how Apple changed that one machine.

This is a fresh, mildly surprising perspective, one that I myself hadn’t completely embraced. After all, Apple puts a lot of emphasis on the iPhone. It’s a big money maker. When everyday consumers think about Apple, they likely think of the iPhone. Plus, we went through the dark years of the Mac, from 2015 to early 2018 when it seemed Apple had lost interest in the Mac.

Author Gallagher makes a compelling succession of points here, going back to the launch of the iMac in 1998 and the vision of Steve Jobs.

Now that Apple is a Goliath instead of a David, every last shred of the old Apple’s product line is gone—except the iMac. Sure, the new model isn’t a plastic dome anymore, and hasn’t been for a long time—but Apple has seen fit to keep the name for 21 years, longer than any other single product line.

in a sense, the iMac continues to embody the science fiction future of what we’ve always envisioned for our desktops. Forget slick mobility. Forget touchy-feely. The iMac embraces our clearest vision for the most complete and powerful desktop computer possible. That’s probably why it hasn’t died in 21 years.

And may not ever.

• Apple is doubling down on privacy in a pleasing way. “Apple promises hostile treatment for sites that break Safari privacy rules.”

Apple is taking a tough new stance on websites that attempt to monitor and share individuals’ browsing history. In a new policy page, published on Wednesday, the company says it will treat websites and apps that attempt to bypass Safari’s anti cross-site tracking features much like it treats malware.

It’s too bad Apple hasn’t been a leader in this endeavor.

As CNET notes, Apple isn’t the first tech company to announce a crackdown on cross-site tracking. In fact, in the document itself, Apple notes its new policy was inspired by Mozilla’s anti-tracking policy. However, the scale of the company and its cachet with both consumers and within the industry may turn the tide against the practice.

• Apple faces and interesting challenge when it come to the forthcoming Apple TV+ subscription service. I’ve written previously about the pricing conundrum and the need to balance healthy service revenue against consumer subscription fatigue. But no one has gone into as much detail, so far as I know, as Jason Snell at Macworld. “Why Disney’s video bundle will force Apple to bundle Apple TV+.”

Of course, Apple may yet provide Apple TV+ for free to Apple hardware customers, as it has done with the iLife suite and other apps. Soon, we’ll know how Apple deals with this bundling shot across the bow by Disney.

• This last week, I wrote about how it would be a disaster for Apple to continue going down the Roman Numeral path with its iPhone names. Just two days later, we’ve learned that Apple may indeed sidestep such a fiasco. Mashable writes: “Apple may completely change the naming scheme for its next iPhones.”

The advantage of this new scheme is that, in the future, the Arabic numerals 11 become 12, then 13, etc. substituted in place with the associated suffixes. Hence, iPhone 12, iPhone 12 Pro, etc. Sanity and consistency is restored. Well done Apple—if that’s how it plays out.

• Finally, this next news was expected. But perhaps not as early in our current technology phase of robots. Quartz has the story. “We’re teaching robots to build their own tools.”

There’s a cool reference to how the Apollo 13 event and the TV show MacGyver inspired Lakshmi Nair, a robotics Ph.D. student and his team. It’s great when an inspired vision comes to life in a way that’s positive in technology.

It occurs to me also, in the movie The Martian, astronaut Mark Watney could have really used robots with tool making capabilities. There’s yet another possible vision for our real-life endeavors when we travel to Mars.

Back then I never even had Internet, so there was no spying going on at all. But to use an iMac in 2000 with an Internet connection was so cool, since we could watch streaming RealPlayer video and audio! (Spying? Had no idea what you would be talking about then. LOL) That was a driving force to upgrade, other then needing Netscape Communicator 4.7 to work for school that is. Getting to use all those PPC apps, that otherwise was out of reach, was really a big deal once we had the Internet and a PPC iMac. I don’t like… Read more »

Those ju ju B Macs were cute but we pros didn’t give a hoot about them; they weren’t powerful enough to do anything because you couldn’t expand them – hot rod them. Don’t forget we could go out and buy a Power Computing dual processor Power PC that ran Apple’s then leased OS – when Apple didn’t even make a dual processor Mac yet. That Apple Co. in ’98 bares NO semblance to the Apple that tried to fail many times – the laser printers, the Newton, the Camera, the Mac Portable – all failures that could’ve killed them but… Read more »

Seems to me Power Computing was bought out by Apple in 1997, and ceased to exist, iMacs came out in 1998. My two Power PCs were pretty nice units, still have them / still work. But purpose-built for different markets. I disagree that any of your allegedly failed products listed would have killed any tech company. And Apple’s LaserWriter only made possible the desktop publishing industry, so nice failure there.

Absolutely. The iMac was that catalyst for everything else, and saved Apple. The iPhone would never have happened without the success of the iMac, and then the iPod. When the iPod came out Apple was trading at $10/share. I knewwhen it came out that Apple was set. I only wish I would have been in a position at that time in my life to buy stock.