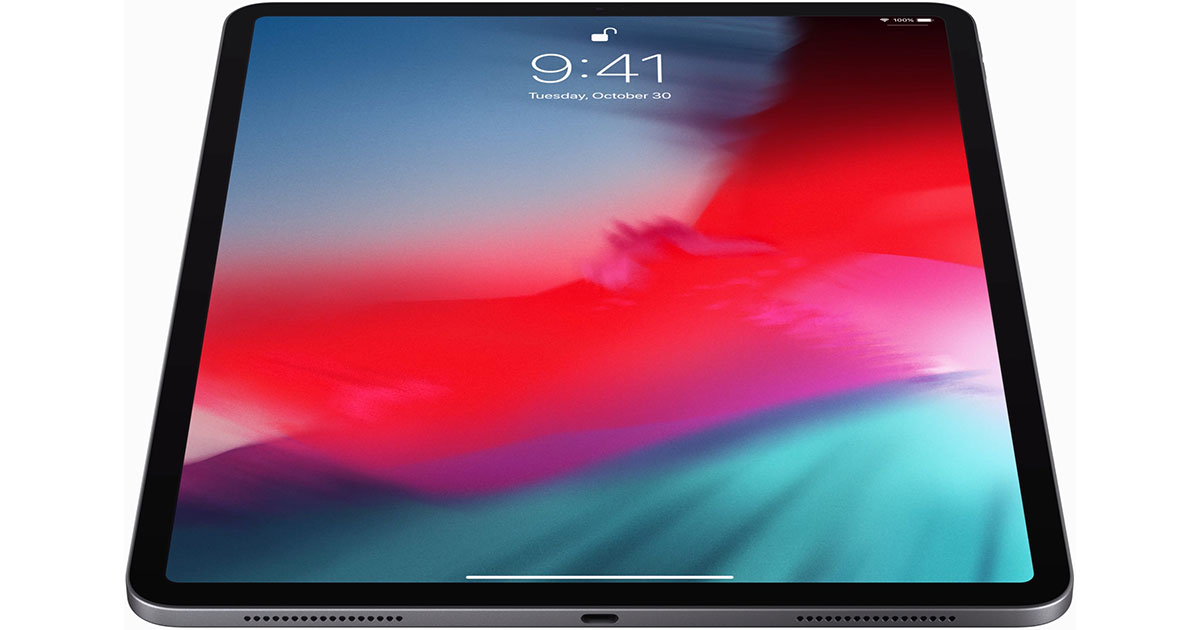 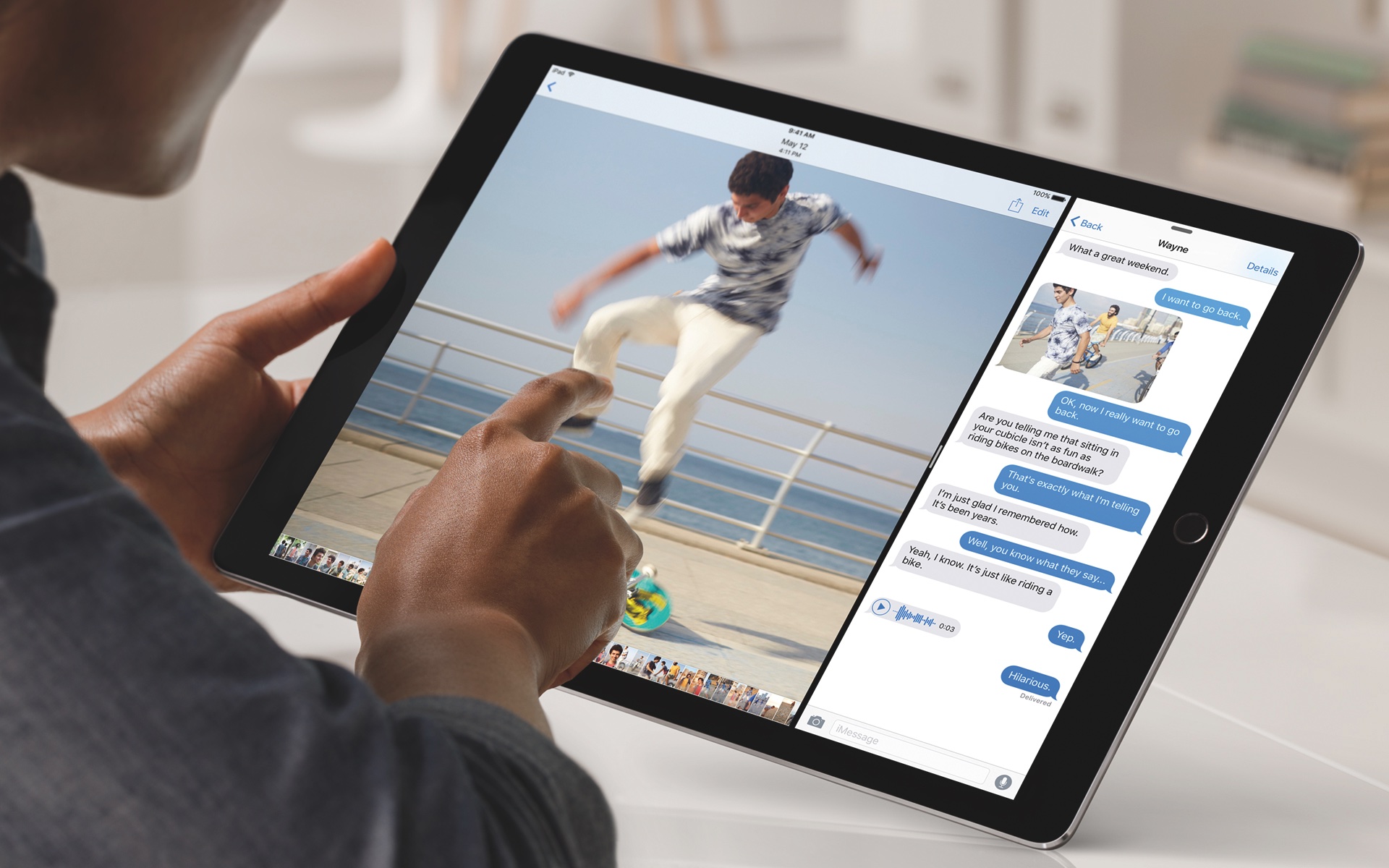 The Particle Debris article of the week comes from John Gruber at Daring Fireball.

The iPad, as we know, is a brilliant device, well conceived and generally well implemented. However, over the years, some human interface design issue have crept in. Author Gruber goes into some detail.

Consider the basic task of putting two apps on screen at the same time, the basic definition of “multitasking” in the UI sense…

So the way you launch an app in the Dock for split-screen mode is identical to the way you remove that app from the Dock. Oh, and apps that aren’t in the Dock can’t become the second app in split screen mode. What sense does that limitation make?

Comparison with the Mac is brutal.

On the Mac you can have as many apps on screen at the same time as you want, and you launch the second, third, or twentieth app exactly the same way that you launch the first. That is consistency. On iPad you can only have two apps on screen at the same time, and you must launch them in entirely different ways — one of them intuitive (tap any app icon), one of them inscrutable (drag one of the handful of apps you’ve placed in your Dock).

This is thoughtful analysis and is highly recommended reading.

• Here’s a second thoughtful analysis piece from Dan Moren at Macworld. “3 products that need extra attention from Apple in 2020.”

Item #2 is a reference to John Gruber’s analysis above. The first and third items speak to the HomePod and the seemingly neglected iMac. First, the HomePod:

What is the HomePod to Apple? In the almost two years since its release, the company still hasn’t quite landed upon an answer. 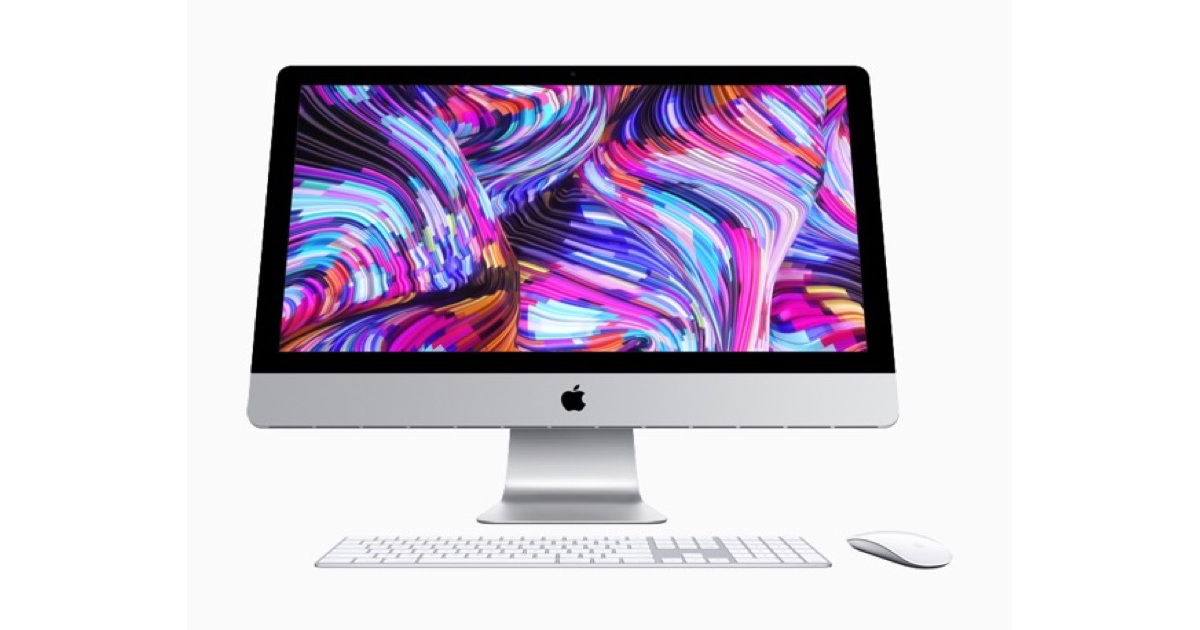 On to the iMac. Author Moren is blunt.

But what of the iMac? Apple’s consumer-level desktop was last refreshed in March of 2019, but after the better part of a decade without a significant redesign (and, frankly, longer than that, if you trace the through line back to the iMac G5), it’s going to take more than a processor bump to keep the all-in-one desktop feeling relevant in today’s world. Even the Mac mini has gotten more love and attention over the same period of time.

The feeling I have about these two articles is that Apple is stretched too thin. individual islands of users dwell in specific product categories and feel frequent pain. But when you look at Apple as a whole, the scope of what the company does is impressive. That second part can be deceptive. The disconnect between those two elements is something Apple management will need to address sooner rather than later.

• In science fiction TV, especially Star Trek lately, but in other shows we see computer displays as large, thin, transparent pieces of glorious glass. It’s always impressive. These displays must always be on the mind of Apple engineers. The result is this: “Apple patents iMac housed in single sheet of curved glass.”

Another year, another iPad. Except this year marks the 10th anniversary of Apple’s tablet. And with slumping unit sales, there’s some speculation among industry experts that Apple will need to deliver something bigger and better to stem these declines and ultimately help the iPad regain its past glory.

He’s right that split screen on the iPad is confusing. Spaces on macOS is also a bit confusing; even split bars in macOS windows are confusing and only rarely implemented (lots of people don’t even know what Spaces or split bars are on macOS.) This sort of feature is hard to get right.

I might like something more like Spaces where you could drag and drop any open app into a slot of a side-by-side (or above/below) template. Apple, you’re welcome to steal this idea or invent something better. 😉

John: Gruber’s observations about the limitations of iPadOS are at once spot on and confessional, likely unintended, of a user that does not routinely engage the OS as a principal productivity device. Going in reverse order, regarding iPadOS’s capacity and solution for multitasking, for those of us who do use it daily, our workflows have adapted to the OS’s limitations, which is a perversion of Apple’s aspirational commitment to the user experience, in which it is the device and its interface that should conform to the user, and not the user who should adapt to the device and its interface.… Read more »

This article, which takes the opposing view from Gruber, is also worth reading with respect to the iPad at 10 years

@shameermulji: Many thanks for that link. There are hosts of articles and videos regarding productivity on the iPad Pro and iPadOS. It is a different way of working, but different is not bad. Indeed, I seem to recall a certain company that once had a slogan, ‘Think Different’.

Apple should release a Mac tablet. iOS is a limited jailed-sandboxed toy without an accesible file system and lacking a full-fledged USB port among other shocking limitations.

Mac on a tablet, no. macOS is not going to be usable on a tablet, it was not designed for that, it’s not like just putting a touch interface on top of macOS, it would have to be heavily reengineered. If Apple went that route and tried to adapt macOS for use on a touch screen device, they would end up with…padOS. Which bring up the most fundamental difference. iPads don’t run iOS. iOS is now separate from padOS. The last few years, and especially with the acknowledgement that padOS was a separate system last fall, have made that very… Read more »

Has anyone here ever tried to read anything off a transparent pane of glass? If the text is smaller than six inches you need a lot of squinting to make out any words. Those big window screens may look nifty in the movies, but trust me, you wouldn’t want one in real life. If you don’t believe me print out a PDF file on a transparency, hold it out at arms length while at a sports game, and experience for yourself what extreme eye strain feels like.

In the real world we have blackboards and whiteboards. I’ve only ever seen glassboards on movies and TV shows.

They would be handy in libraries