I don’t think many people were thinking 2016 has been a great year for Apple, but…well, look at this list. It’s everything Apple released in 2015 and 2016. Adam Christianson compiled the list for us using data from MacTracker, and seeing it hit me like a ton of bricks.

[Update: Apple announced on December 13th that AirPods will ship on December 21st. That means the company will have shipped 14 new products during 2016 instead of 13. Which is still a shockingly small number of products, and doesn’t change the fact that to the outside world, Apple accomplished very little in 2016. I modified this article to reflect the fact that AirPods shipped.] 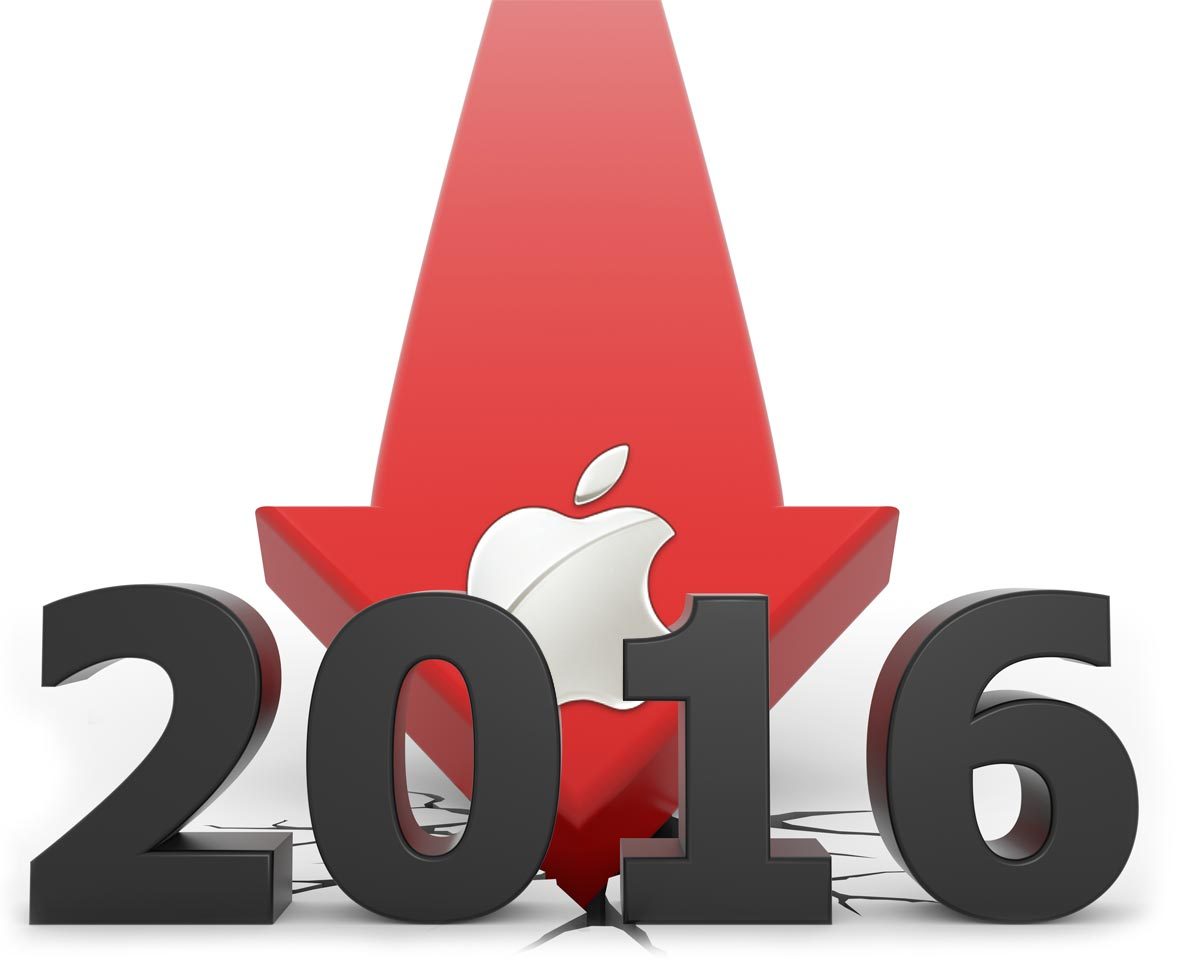 Apple essentially released 14 products in 2016. One iPad (iPad Air (9.7-inch); two Macs (MacBook and the MacBook Pros announced in October); the usual iPhones; the usual OS releases. And one more product—AirPods—will be shipped in the waning days of the year, on December 21st. That’s it*.

Plus, Apple exited the display business in 2016 and appears poised to exist the router market.

Is the problem the comparison to 2015? No. 2015 saw the Apple Watch ship and the company introduced iPhone SE and iPad Pro (12.9-inch). On the other hand, Mac Mini, iPad Air, and Mac Pro (lol) weren’t revved. 23 new or iterated products is a solid year for Apple, but it’s not like it’s a banner, OMG, blow your mind year.

Unlike many Apple doubters and haters these days, I love Tim Cook. He’s most likely the only person who could have taken over from Steve Jobs, who, I like to point out, selected Mr. Cook as his successor.

I also believe Apple has big picture stuff in the works. Apple Car and something in the field of augmented reality are just two major new areas where we know Apple is investing heavily. There are absolutely other projects at some stage of development within Apple that we don’t yet know about.

But Apple has got to figure out how to focus on new products while still iterating its existing lines. Why? Because  14 new products in a year for the world’s most valuable company is depressing.

Worse, it’s boring. Apple has given us very little to talk about this year except for all of the things it isn’t doing. For a company whose value is predicated in no small part on the enormous amounts of free press it gets, boring is bad.

*Some folks might be inclined to include Designed by Apple in California, Apple’s new coffee table book, as a new product. While I like this book, it’s not appropriate for this list in my opinion.

Remember when you could just tell someone – buy Apple – and everyone would be happy? Now you have to tell people to wait because everything is 2 years overdue for an update. And when the update arrives, it’s actually -questionable- whether it’s better than the 3 year old product it’s replacing!! Apple no longer has that solid reputation of being the best products. It doesn’t even have the reputation of keeping-up with technology, much less leading it. Touch Bar is pre-iPhone, pre-Touch technology and parading that around like the emperor’s new clothes is just embarrassing. Bryan is right when… Read more »

It would be wise to add the Apple Campus to the list of innovations provided by Apple in both 2015 and 2016. In typical Apple fashion they are bringing multiple individual ideas and technologies together in a new and unprecedented way that will have broad impact on markets of the future. Instead of devices as the product they are changing the way land and building developments will be thought of for decades to come. This will be major.

I have a great deal of respect for your gut…. And I still have an unease about focusing on the *number* of products updated in a year. By that logic, had Apple only released the iPhone in 2007, we could have said it was a terrible year for them. And I just need more than a single year’s data to draw conclusions. Especially with Apple, it’s hard to know what else they are working on – and things like updating the File system, (which is on record from WWDC) don’t directly lead to new products per se. OTOH, not upgrading… Read more »

My gut says the comparison will be worse if we include a longer perspective. But either way…look at everything that was not updated. No matter how you slice it, it’s miserable.

And I feel strongly the not iterating its products is a solid basis for judging the company. The converse would also be true. In fact, many of us used to talk about how amazing it was that Apple was able to release new versions of so many products—when the company had far fewer resources.

Yo, Bryan – typo on last line of 4th paragraph after chart. Re content, I don’t get that the number of products produced is a good judge of how the company is doing. It looks like iPhone 7 & 7+ will do considerably better than 6s & 6s+, for instance. Also, you have a two year comparison – not enough data to my way of thinking. How do the last 4 years, say, compare? I’ll admit that in the middle of the holidays as we are I won’t have time to do this kind of research. And, I have an… Read more »

Cook only knows how to count beans!

Calm before the storm?

I believe it’s because Apple threw all of their resources on a failed car attempt.

Whenever Apple works on something new, the rest of the product lines suffer.

If you think Apple is doing just fine and dandy, as Forrest Gump would say, then this comment is not for you. If, however, you are one of the many people who are concerned (which is not the same as saying Apple is doomed) about the lack of products coming out of Apple and the price of those that are … then may I humbly suggest to you that the only way you’re going to get Apple’s attention is by withholding your money from them? That’s what I did … this past August the state I live in held their… Read more »

I also like Tim Cook, but let’s be honest: there is no guarantee autonomous cars or augmented reality are even going to catch on in a meaningful way (I’m not personally particulatly interested in either). This is endemic to Silicon Valley in general: spending a ridiculous amount of resources on hypothetical technology that may ot may never even come to market – more and more, and now to a troubling degree, they create for a future that doesn’t exist and isn’t likely to any yime soon. This is hardly ‘vision’. More like pauedo-pubescent fantasy back by neverending funding (read: greed,… Read more »

My question is, does Apple (or any company) have to introduce new products every year in order to be considered successful? Maybe, just maybe, Apple is spending some time behind the scenes to develop something new, or take existing products to new levels. I’m not sure that the creative process as expressed through product innovation is necessarily on an annual cycle. Although it seems we’ve come to expect just that. I dunno. Maybe Apple is doomed. Out of ideas. Finally reached their apex, and now entering decline. Or maybe some of our expectations are unrealistic. In the meantime, I’m hanging… Read more »

The did manage to generate a lot of click-bait headlines.

… Steve Jobs, who, I like to point out, selected Mr. Cook as his successor.

And Balmer was Gates choice as his successor. The founder is not necessarily a good judge of who would be the best to replace him.

Don’t hold your breath about the AppleCar. It’s been scaled back and is being reevaluated. https://www.bloomberg.com/news/articles/2016-10-17/how-apple-scaled-back-its-titanic-plan-to-take-on-detroit

Yes this list is pathetic. There is still part of me that’s hoping it’s because they will blow us away next year…or maybe 2018…

They are missing ‘the high order bit’ with this ongoing lack of execution. Let Steve Jobs’ own words condemn them:

This list is a brutal indictment of Apple’s failure to scale and produce product. Ultimately, this falls at the feet of Tim Cook. For a guy that’s good at operations, this indictment is double damning. A company with more and more resources producing less and less than ever. If real artists ship, then the artistry has left Apple.