For the love of everything remotely logical, please stop calling Apple’s decision to slow down iPhones with degraded batteries “planned obsolescence.” I have been the loudest to yell that Apple should have told users it was doing this, but it’s a case of corporate opacity, not planned obsolescence. 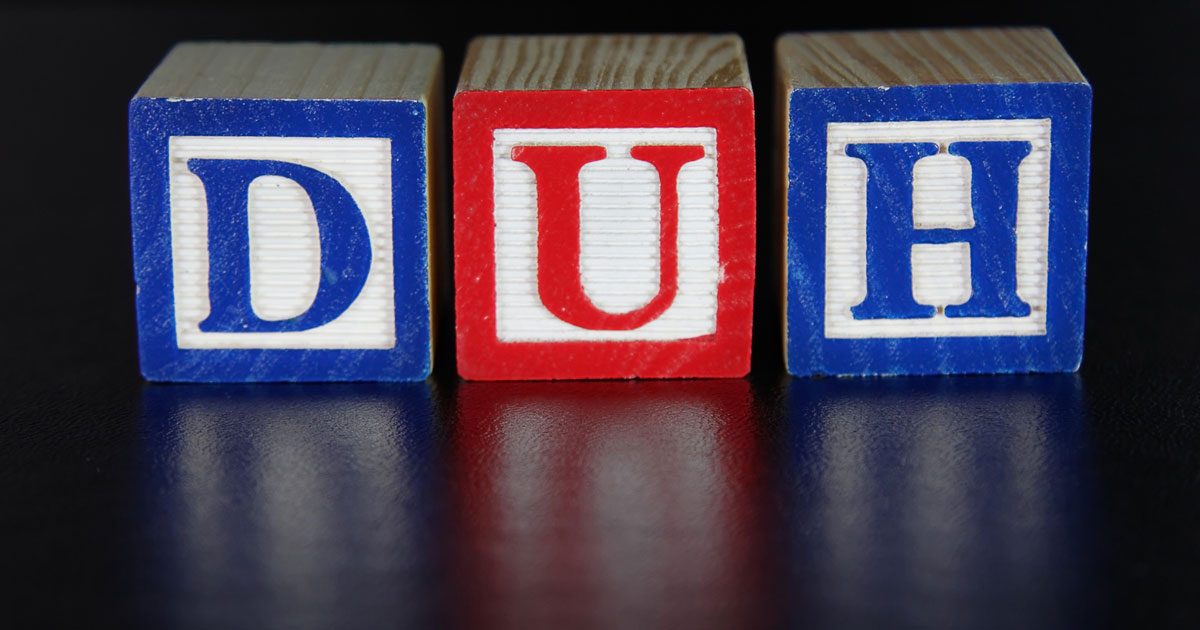 In a word, duh

To wit, we have a report from French publication The Local over a suit in France from Halte à l’Obsolescence Programmée (HOP – Stop Planned Obsolescence).

“Apple has put in place a global strategy of programmed obsolescence in order to boost its sales [of iPhones]” of new iPhones, the group said, according to The Local.

Also, these aren’t faulty batteries, as I’ve seen in some reports, they’re degraded batteries. Batteries degrade. Depending on your use and charging habits, they can degrade at faster or slower rates. This is freaking science, people.

It’s the farthest thing from planned obsolescence that one can imagine. Or, as yours truly tweeted:

Black Is White and Up Is Down

Here’s where it gets even stupider. French group HOP is suing based on a 2015 French law that made it a crime to “deliberately reduce the lifespan of a product to increase the rate of replacement.”

Hey, guess what, Apple’s action extends the usable life of iPhones with degraded batteries, not shortens it.

I’ve been ranting on this subject in our podcasts for a week, but let me say it here: Apple’s crime in this controversy is limited to not telling users what it was doing. Worse, lawsuits and articles like this one from The Local feed this stupid narrative that Apple artificially slows down all old iPhones, for which there is no evidence that Apple has ever done that sort of thing.

And these articles aren’t limited to France. I’ve seen them all over the mainstream and tech press. Seeking Alpha had one particularly bad piece titled “Apple’s Planned Obsolescence Strategy.” Fortunately, the site also ran a response piece called Apple: iPhone Throttling Is Not Planned Obsolescence, but there’s so much of this stuff out there, not to mention eight lawsuits in the U.S. with another in Israel, and this idiotic suit in France.

If Apple Wants Someone to Blame, It Should Look in the Corporate Mirror

Apple has only itself to blame. All Apple had to do was tell users their battery had degraded and that the device was being put in a special power-saving mode until that was done.

Because it didn’t, Apple loses these lawsuits no matter what happens in the courtroom. These suits and stories are going to feed this idiotic “planned obsolescence” cultural meme for years to come.

Bryan: There are two elements to this controversy laden discussion, both equally important in my view for reasons that I will state in a moment, and one to which, I argue, most western commenters are culturally blind. (tldr: Apple should not lose any sleep over this kerfuffle) The first, you have adroitly argued, so I’ll be brief. Apple managing the battery performance of the iPhone is not planned obsolescence, and, as jtclayton has argued just above, is defensible from an engineering standpoint. The offence, rather, arises from Apple not being proactively forthcoming with this strategy, alerting people prior to implementing… Read more »

As Brian says, the CPU throttling is defensible engineering, and the customer communication is indefensible issue avoidance. It needs to be repeated that one motivation underlies both things, namely, Apple needs you to acquiesce and buy a new iPhone on a short schedule. Don’t imagine that it’s not a powerful driver. On the issue of inevitably tanking batteries, there were several strategies available. By no coincidence, Apple chose the strategy that would push the most customers toward a new purchase, while hopefully alienating the least number of them. They kept phones with weak batteries from blowing up completely, but refrained… Read more »

Totally agree with you Bryan! Apple wants there customers to get the most out of there devices and not have them shutdown in the middle of something. To bad there are media outlets that just want to try and smear Apple with stupidity and some people will believe it. I think Apple will have a lot of technical data to show there case the only problem is will the judge have any common sense to listen or just bias against Apple.

johnbpatson, I wonder just how long one can expect Apple to support old hardware. I have a MacPlus that I bought in the mid-1980’s. Apple no longer updates MacOS 7; but the machine still runs fine. I haven’t done any work on it in nearly twenty years. It is obsolete: but still lovable. It is also a little off to compare an iMac (doesn’t run on batteries) with an iPhone (does run on batteries) and concluding that Apple has an across the board plan of obsolescence. When your car battery gets weak what do you do? Sue the auto maker… Read more »

This issue is as old as time. Very few companies support older products past their useful life. I have a broken button on my $500, 10 yr old Carrier “Intelligent” thermostat. The plastic wore out. I CANNOT simply get a replacement button or outside case. I’ve been told that I MUST buy a NEW $500 thermostat, which I admit is better (WiFi and all that), but not needed. All I need is a plastic button that costs maybe 10cents. A 2006 iMac is 11 years old. They don’t “mess up the software”. Newer OS and software simply will not run… Read more »

Bravo. My sentiments exactly. if Apple has any problem it’s that their hardware outlasts thier software. I have a perfectly running G3 Tower, useless but how’s that Apple’s fault? Tech moves on. I think one of the problems here is how many people don’t even know how batteries work (a science education thing?) They’re ok with changing the battery in thier cars but on a smartphone they expect it to last forever. Maybe it’s that whole “works like magic” thing, no one actually consideres what’s going on inside.

Sorry but you are wrong. When peoples’ phones slow down, or seem to get buggy, they buy new ones. Apple knows this which is why, in spite of all the saving battery BS, they did it. If it was just a battery thing they would have told people, or added a feature in an automatic upgrade. It is not as if they do not have form. I am writing this on a 2006 iMac using OS10.68 which is becoming increasingly more useless because Apple refuses to “support” it any more. The machine works perfectly, but they want people to buy… Read more »

Very well put. iPhones were literally hard crashing when the degraded batteries couldn’t put out enough juice. Those with a memory will remember the SCREAMS that my iPhone shuts off when it’s cold, begging apple to fix that issue when the battery cannot supply enough juice. This is the fix. In some sense, they actually did give notice of this, when they applied the patch, it was for when iPhone batteries couldn’t put out enough juice, i.e., in very cold weather, and also when the batteries get worn out over time. The only thing that’s criminal here, is Apple’s PR… Read more »

Thank you for trying to get the proper reason for this slowdown out there. The bigger issue is that people don’t really want to hear it. Unfortunate that Apple has had so many bad press stories in the last few months. They will feel this one for a long time as you stated on ACM.