There are many things I wish Apple would release, make, or launch. Streaming TV, a smarthome hub, new freaking Macs, the list goes on. But something new on my mind I wish Apple would do, an Apple owned and operated virtual private network (VPN). With the current government in the U.S. selling us out to broadband providers and surveillance capitalism on the rise, an Apple VPN would be a welcome port in the storm. 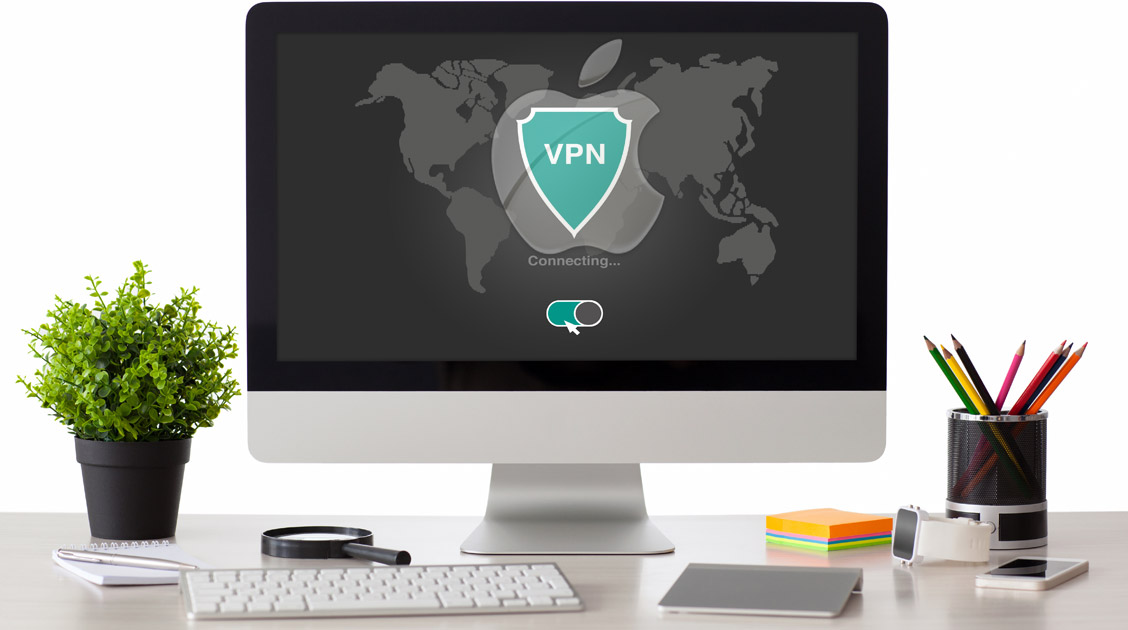 The idea occurred to me during Wednesday’s Apple Context Machine. The original idea was for me and Jeff to revisit old rumors about Apple launching an NVNO or even a high-speed broadband service like Google Fiber. It would be great to get our Internet access from a company not predicated on surveillance capitalism.

In the middle of that conversation, though, I had a better idea. What I really want is an Apple VPN. I want an Apple VPN owned and operated by Apple, with built-in support in iOS, macOS, and tvOS. I want to be able to turn it on with a switch, and I’m willing to pay extra for it.

Building a VPN would be easier than any physical network and could be rolled out to Apple customers through software. More importantly to me, I would trust Apple to clearly and concisely layout its privacy and security policies for such a service, and to then stick by those policies. Apple’s track record in this area is excellent.

I’m sick to death of surveillance capitalism. This is the practice of offering services, and even physical products, for free or a nominal fee, in order to amass a sellable profile. Surveillance capitalists spy on your life, your data, the people you know, the things you do, and everything else about you so that you can then be sold to advertisers.

Worse than advertisers using our data to peddle targeted products—which in and of itself isn’t bad—is that those companies will inevitably be hacked. Hacked companies have a track record of not telling us our information is resting comfortably with Chinese/Russian/criminal hackers who will use to steal from us or even steal our identities.

The Republican party voting to let ISPs sell our data—and making it harder for any future government to reverse that decision—is merely the latest insult heaped upon one surveillance capitalism example after another.

Google’s entire business model, and Facebook’s, too. Home wiretap devices like Amazon Alexa and Google Home. TVs that spy on us. Every single product or service where we, the consumer, are the product being bought and sold on the open market.

Apple is all but alone among platform providers selling us products at a profit rather than engaging in surveillance capitalism. There are very interesting companies like Purism built on evading surveillance capitalism, but I like Apple products. Plus, Apple says privacy is important and works hard to preserve it.

I found those examples with three seconds of searching. My point is Apple is the one tech giant talking about this stuff and doing something about it.

There are many great VPNs, but there’s a level of trust we must convey on the VPN provider when it comes to privacy. In addition, VPNs require some level of technology savvy. Apple is ideally situated to make a real difference in minimizing our exposure to surveillance capitalism with a VPN that’s broadly accessible.

I’ve not heard that Apple is working on a VPN. Being software-based, though, it is the kind of technology Apple could develop in secret. But an Apple VPN sure would be a welcome addition to the Apple family.

CudaBoy
April 3, 2017
“Hundreds of millions of user accounts on iCloud hacked”, and you’d trust Apple with anything??
No freaking way.

“Hundreds of millions of user accounts on iCloud hacked”, and you’d trust Apple with anything??
No freaking way.

I’d go a step further. I wish Apple would make this a part of their totally incoherent cloud services. Make a monthly all in cloud service. Unlimited photos. Apple Music. Massive iCloud Drive. And the vpn service thrown in as a toggle switch right in Control Center when you swipe up. A bit like amazon prime. 100 bux a year. All in.

I’d go a step further. I wish Apple would make this a part of their totally incoherent cloud services. Make a monthly all in cloud service. Unlimited photos. Apple Music. Massive iCloud Drive. And the vpn service thrown in as a toggle switch right in Control Center when you swipe up.

It’s not hard to find.

Nary a single Democrat vote for the measure.

I like the idea too but as soon if Apple did this the usual suspects would be crowing that Apple is the friend of the terrorist. They are virtually doing it now with messages and device encryption. This move would indeed require some courage.

Bryan: An Apple-owned and serviced VPN would indeed be welcome. Hopefully, Apple continue to pay attention to pay attention to the chatter in the Apple-verse, and will not only consider but respond to this. That said, I think it is important to distinguish commercial from government owned or sponsored surveillance. You can stash criminal activity under either or separately, as it tends to be a melange of state and commercial, specific activity/target depending. More specifically, a distinction should be made between commercial surveillance and even government meta-data surveillance and a personally targeted investigation, particularly by an intelligence or law-enforcement agency.… Read more »

I would say this is ENTIRELY a Republican issue.

Three issues: VPNs are complex with all sorts of “features” and strange licensing terms. Therefore, it is critical that aside from legalese do you trust the company, in case of Apple, I do. Commercial exploitation of my private data by ISPs and others is risky, annoying, and i find a serious violation of my privacy. There is NO remedy from the US Congress who are the lapdogs of marketing and advertising. Therefore, an Apple VPN option would be very very very very welcome and I could trust to not mess up my streaming services and apply across all devices, Macs,… Read more »

Bryan- I’m completely and entirely on board with you dislike of Google, et al, and their respective models of making money. I despise this slimy approach to doing business. But don’t think for one moment that this is purely a Republican issue. Remember- Eric Schmidt Google literally had a seat at the table of inner sanctum (Obama’s WH) 150+ times over the last 8 years. Can’t stand our government in instances like this.

Just how private is a VPN?
Are some more so than others?
How easy is to personally identify you without one?

In order to do it in a good fashion, Apple shouldn’t officially own the company providing the VPN service. There are many legal aspects related to traffic logs which have to be taken into account; regulations changing on a nation basis when not on a state basis for US. What Apple instead could develop is a new semi-proprietary protocol for VPN, more secure than the actual ones, proving an open source API fairly easy to be adopted and used on any platform, including Windows system and of course *nix derived systems. This will guarantee them revenues coming from patent rights,… Read more »

This is a brilliant idea, Bryan. Obviously our government places no value nor has any incentive to mind its own damn business (as well as leaving our tracks bare to anyone who wants to buy and sell it). Since so many Apple customers have multiple devices connected to cloud services, this to me seems like a great feature that they could provide like no other tech company.

an Apple VPN would be a welcome port in the storm. Pun intended. I like the idea however in Andrew Orr’s article today about VPNs he said don’t use providers in a Five Eyes country. The Five Eyes are Australia, Canada, New Zealand, United Kingdom and the United States. This refers to the level of cooperation surrounding their spy agencies like the NSA and GCHQ. So while I like the idea I would want the option of not routing through Cupertino or Prineville or Reno or South Carolina, or anywhere in Canada or the other Five Eyes countries. The VPN… Read more »