Social Networks Can Learn from Apple to Solve 'Fake News' 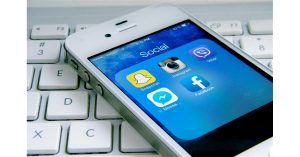 The heated U.S. election campaign that saw Donald Trump elected 45th President of the United States raised many issues. A critically important one was the growing proliferation of fake news online. Both sides shared increasingly bizarre, heavily partisan, fake news stories during the fraught campaign. They fueled conspiracy theories on a variety of baseless issues .…

I think of some big stories from recent months and years:

- Brian Williams being caught lying about his helicopter adventures.

- Dan Rather being caught lying in his reports about Bush's draft service.

Not to mention the bias and false claims in so many other stories. It seems we are in very tough times. As for Apple, I have turned off Siri's new suggestions because of their bias.

With the Rolling Stone magazine court case where they lied about a rape case, it seems fake news has travelled all the way to the top of the media business. One thing that bothers a bit about this whole "fake news" dust up is that Facebook is a "social" network and not a news outlet. They never claimed to be a "news" outlet beyond making the mistake of calling your main feed a "News" feed. It's really, "crap your buddies are linking to". What's being "shared" by your "friends" is not news and never has been. Here's some "news", your "friends" have a political bias and will share almost anything they think fits their bias on social media without considering the consequences or probably even reading the article. Oh, and by the way, they also feel they can share more polarized opinions and "stories" than they would in real life (something I still don't understand). Apple "News" is news. It's the NAME of the app, so of course it needs to be curated and more closely edited. That said, even Apple's "News" app is controlled by the sources you choose to add to it. It is also fairly open for almost any source to get in. If I wanted to fill my Apple News with just the "Cats" channel then my Apple News would be highly influenced by polarizing issues like how frequently we need to change the litter box. Bottom line is, it's us who need to stop being lazy and complicit in spreading "fake" news on social media. Unfortunately it won't happen. We are the public not journalists. So as consumers of content we need to be a lot smarter about recognizing that our "friends" are sharing things that fit their ideals and agendas. Your friends are not worrying too much about vetting the facts and it's up to us to dig deeper if it's an issue we care about. Again, most of us won't so here we are. But for sure don't sit around waiting for Zuck or Tim to fix it for you.