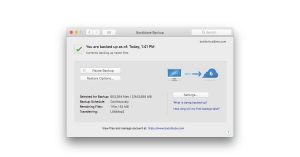 It recently occurred to me that some of my most useful Mac apps are not traditional Mac apps at all. Rather, they’re only sold via monthly (or annual) subscription. Some call this “software-as-a-service” because you pay for it the same way you pay for services such as water, gas, or electricity.

Here are three of my favorite software-as-a-service apps, which meet my strict criteria:

As wonderful as that may be, it’s the ability to “snooze” a message until tomorrow, next week, or any date and time, has to be my favorite SaneBox feature. Now, if a message doesn’t need to be dealt with today, I can snooze it with a couple of clicks, knowing it will reappear in my inbox at the appropriate time.

SaneBox has many other features, but these two alone make it's $7/month cost a bargain to me.

You know you should have at least two backups of important files, and that one shouldn’t be stored in the same location as your computer.

Backblaze provides unlimited storage for online backups for just $5/month or $50/year. It’s idiot-proof: Install the Backblaze software and it backs up your files to the cloud in the background. You’ll hardly even notice it’s running until you need a file that’s no longer in your Time Machine backup. 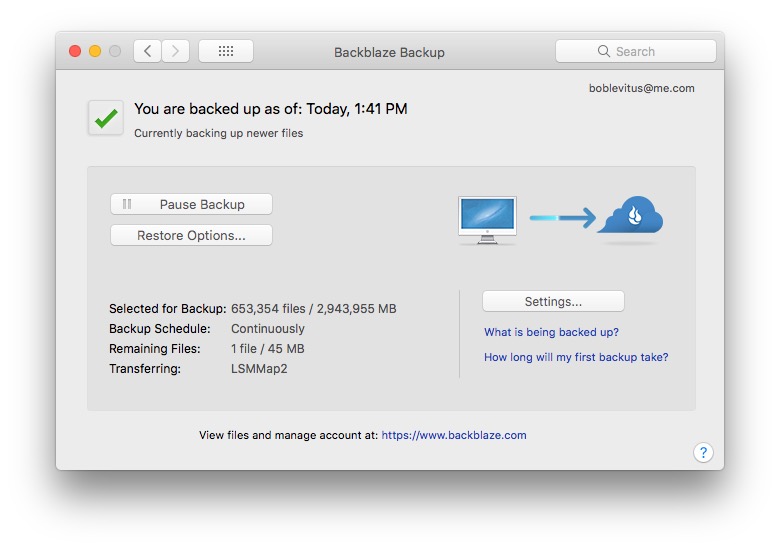 Backblaze is easy enough for almost anyone to set up.[/caption]

You do have at least one backup already, don’t you?

The upside is that it’s reliable, inexpensive, and unobtrusive. The downside is that uploading your files for the first time can take days or weeks, and downloading files is always going to take more time than restoring from a local backup.

That being said, I feel much better knowing there are copies of all of my important files in the Backblaze cloud should I need them.

I’ve been a happy customer for years and expect to be one for many more.

Finally, MailChimp is an email marketing platform for small businesses. It differs from others by offering a Forever Free option rather than a trial. So, you can send up to 12,000 emails to up to 2,000 contacts each month for free.

Then, if you exceed 2,000 contacts, MailChimp is quite reasonable with prices starting at $10/month.

If you manage a startup, small business, non-profit, or other entity just starting a mailing list, you won’t find a better deal than MailChimp.

You know you should have at least two backups of important files, and that one shouldn’t be stored in the same location as your computer.

I wholeheartedly agree.
I noticed that Backblaze offers a service where you can have a HD mailed back to you so the restore is done onsite other than downloaded but I wished they did it both ways (initial backup as well as restore ).