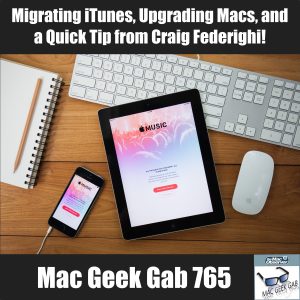 This topic was modified 9 months ago by John F. Braun
This topic is also published as an article here »
Quote @brianmonroe — related to the Homekit-Enabled Router discussion as part of our "How Secure is HomeKit" chapter, seems I'm not the only one who interpreted Apple's message of Secure Video as separate from the Routers, and that the routers would (in some way) be firewalling these accessories: https://www.cnet.com/news/apple-homekit-security-features-come-routers-cameras-wwdc-2019/

Obviously we need more clarity from Apple, and I've reached out for exactly that.

Have a look at this link I just found:

It looks like Apple is upgrading the functionality of the HomeKit Hubs (AppleTV, HomePod or iPad) to have them not only provide a link between Apple's servers and your HomeKit devices but also do local analyzation of the video content before sending it off to Apple to be stored on iCloud as long as you have paid for either the 200GB (single camera) or 1TB (Multiple Camera) plans. So Apple was incorrect to use the term "free" for this as it will not be "free" but it will not be an additional cost to people who pay for those iCloud plans.

As for the HomeKit Router support. It looks like they are either setting up a separate VLAN or just doing MAC address filtering just like they do for Guest WiFi access for the HomeKit/IoT devices so that their access can be controlled.

You are correct that we will need to get more clarification from not only Apple but from the router vendors as well to see exactly how they implement this feature.

iTunes Music Match is gone.
The installation of the public beta and the new Music app did not convert my iTunes Music Library.
Apple canceled my ioTunes Music match which wiped out my music library.
TV app lost all my my home movies.
The is NO documentation and no live support from Apple for the public beta.
The public beta is VERY ROUGH and many apps crash on launch.
My advice: Unless you really want to torture yourself do not load the public beta.