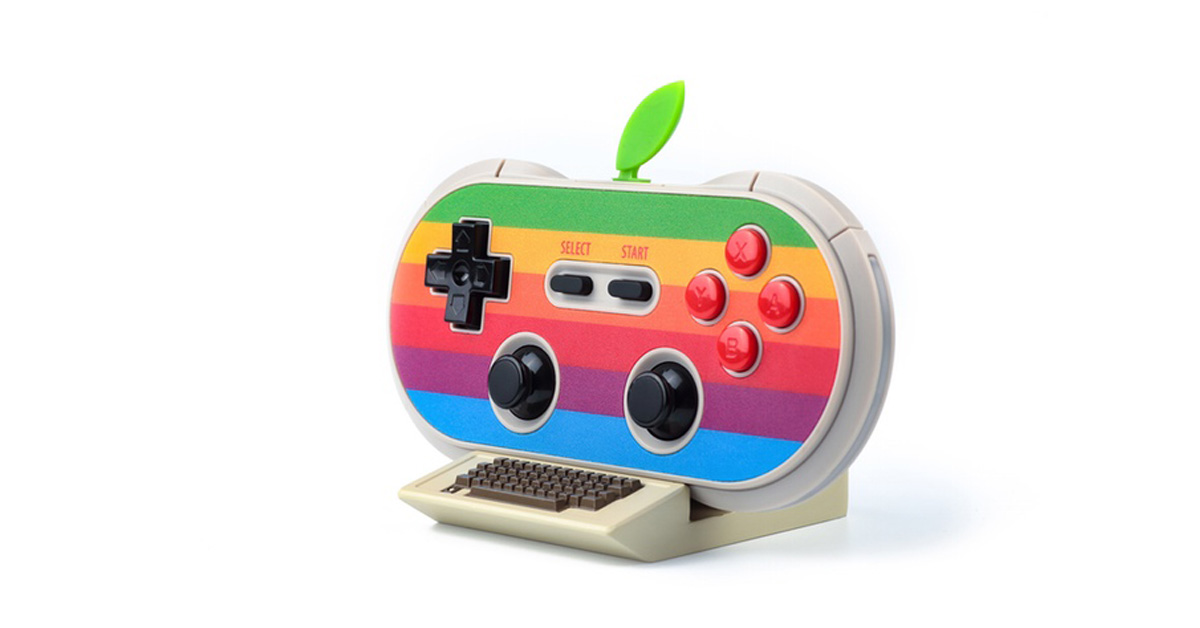 iPhone and iPad game controllers aren’t exactly news, unless they’re awesomely retro—like the AP40 from 8Bitdo. Their game controller has a classic NES look with a dash of Apple II thrown in, sports Apple’s iconic rainbow stripes, and the “AP40” name is a hat tip to Apple’s 40th anniversary. It’s a Bluetooth game controller you can use with iOS and Android devices, as well as the Mac, and it comes with a green Apple leaf plug for the USB charger port. As if that isn’t enough, it comes bundled with Apple II-shaped stand to hold the charger, your iPhone, or iPad. The AP40 is a Kickstarter project that’s already nearing its minimum funding level. Funding at the US$49 level gets you the AP40, and at $69 you get the controller and retro stand, too.

Check It Out: 8Bitdo Goes Retro with Apple-themed Game Controller for iPhone, iPad

One thought on “8Bitdo Goes Retro with Apple-themed Game Controller for iPhone, iPad”