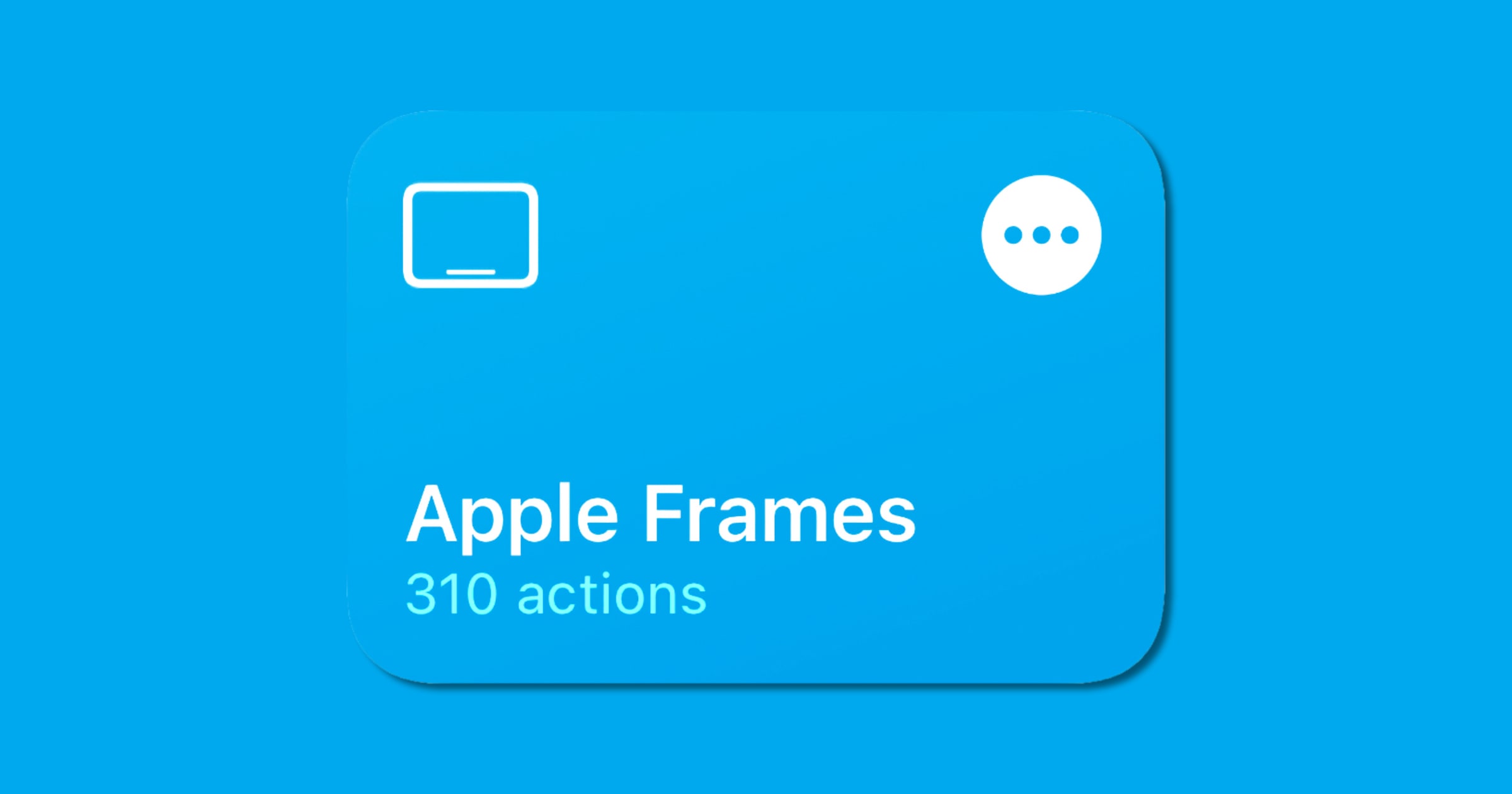 Federico Viticci’s Apple Frames shortcut is an invaluable tool and one that I use nearly every day. All of the iPhone and iPad screenshots in my articles are framed using this shortcut. On Tuesday, Mr. Viticci announced Apple Frames 2.0, and it completely changes the way the tool works. “When I started working on this new version of Apple Frames, I realized I needed to fix something that had been bugging me for a while: if you tried to open the shortcut editor for Apple Frames, it was incredibly slow to scroll, which made it too difficult for most users to edit and inspect actions contained in the shortcut.”

Check It Out: Spice Up Your Screenshots With New ‘Apple Frames 2.0’ Shortcut