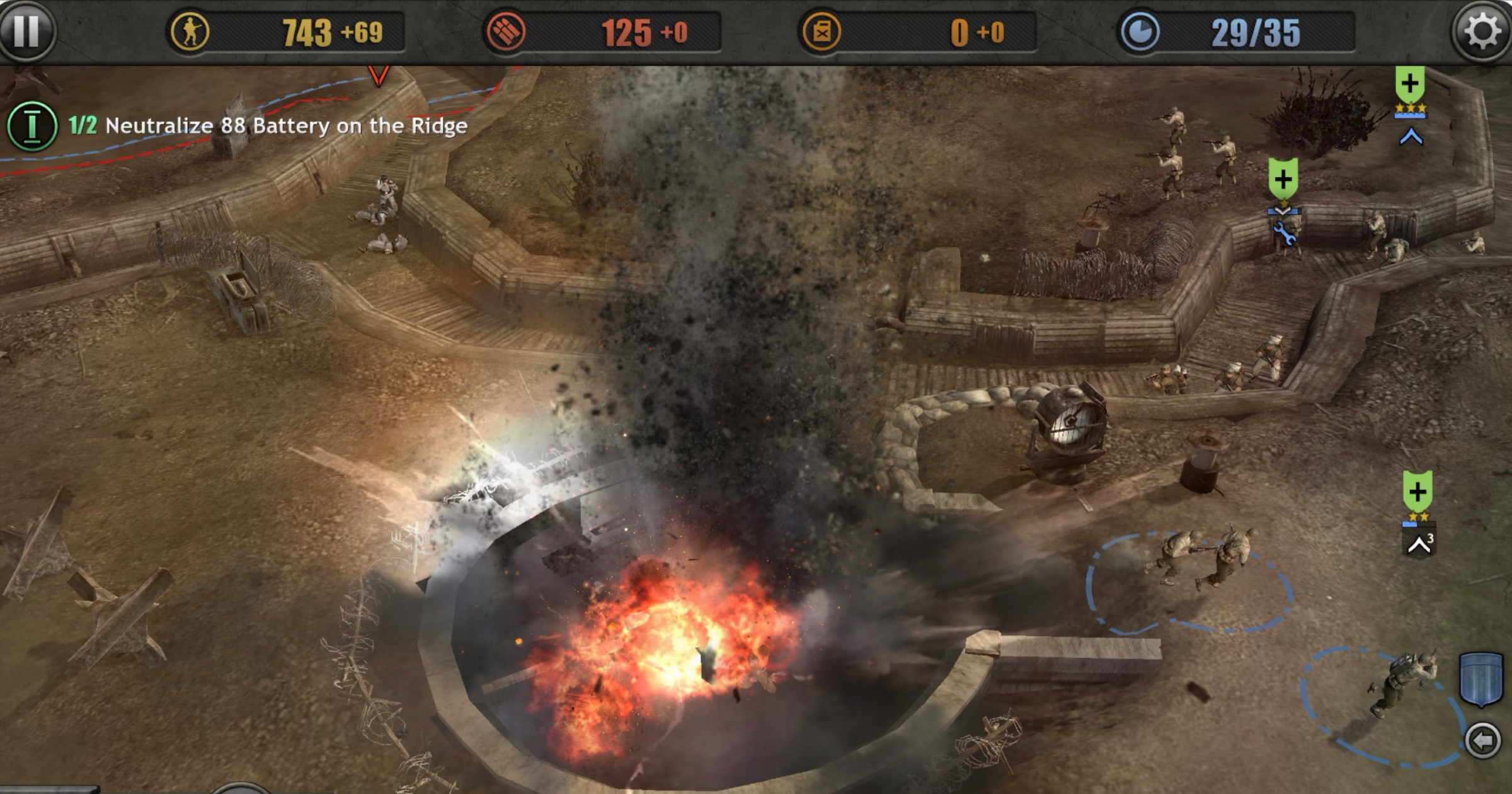 Feral Interactive have announced that Opposing Fronts is now available as an expansion pack for the award-winning Company of Heroes on iOS. Available as an in-app purchase, Opposing Fronts offers two gripping new campaigns, both with fresh perspectives on pivotal moments of World War II. Players can command the British 2nd Army in their armoured assault on the city of Caen, or choose to mobilise the German Panzer Elite in their attempts to halt the Allied crossing of the Rhine. This substantial expansion also adds both the British and Panzer Elite forces as playable armies in Skirmish Mode, bringing new units, tactics and special abilities to master and employ. Company of Heroes: Opposing Fronts is now available for US$3.99 as an in-game purchase.

Check It Out: ‘Opposing Fronts’ DLC Comes to ‘Company of Heroes’ on iOS