A package from Wiley landed on my doorstep that included our own Bob “Dr. Mac” LeVitus’s two newest books: iPhone for Dummies 10th Edition and macOS Sierra for Dummies (Amazon, iBooks). The former hasn’t officially been released yet, but the latter is available now. I’ve contributed and co-authored For Dummies books, and I love the format. Informative and friendly, and none do it better than Dr. Mac (Craig C. Baig cowrote iPhone for Dummies). If you’re a tech whiz who helps friends and family with their Apple devices, either of these books would make great gifts. 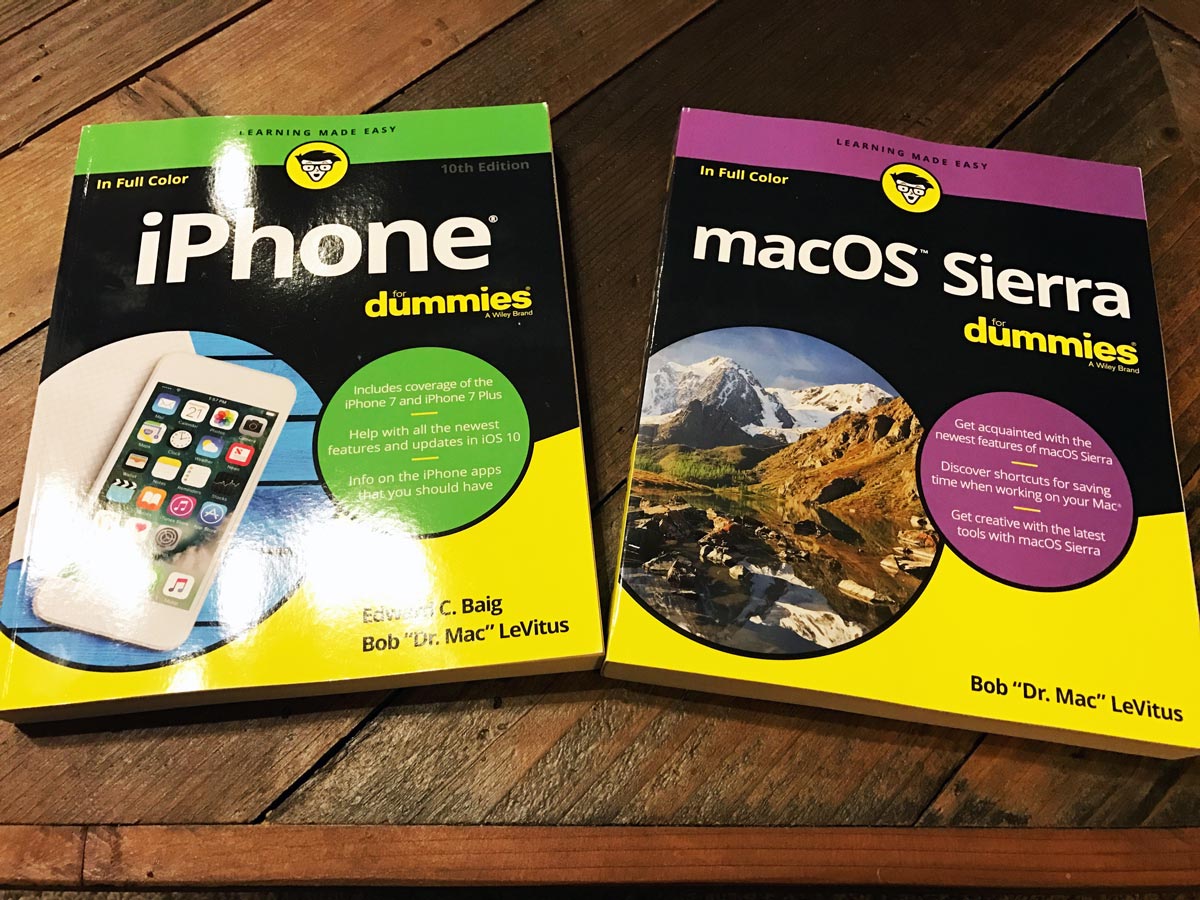