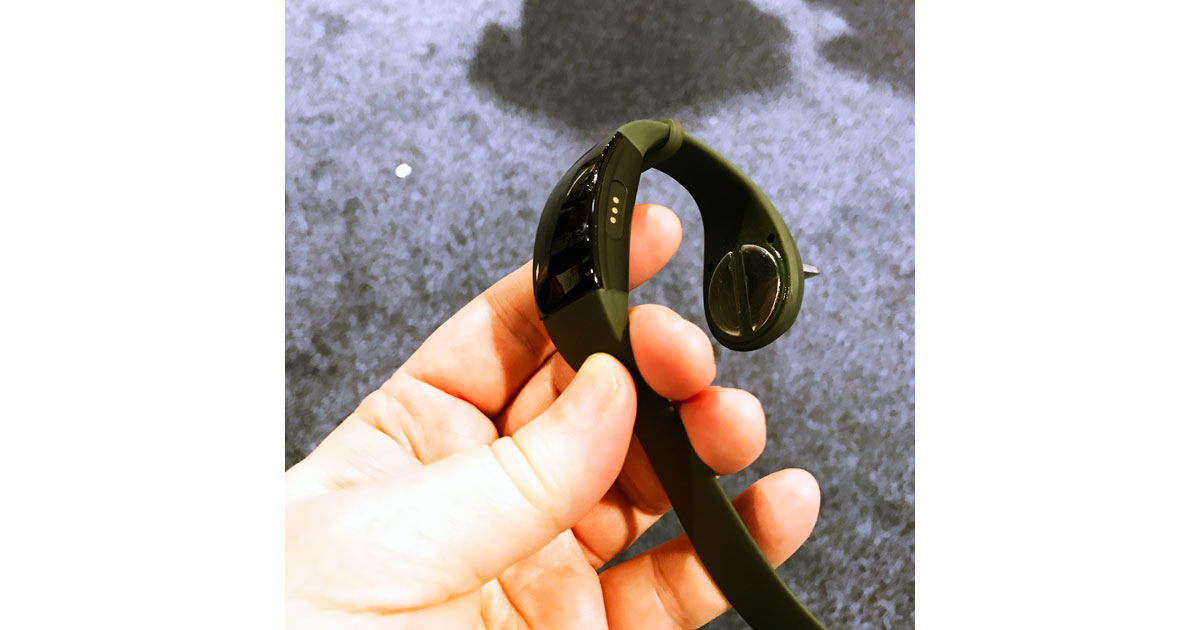 LAS VEGAS – One of the more unusual devices I saw at CES was Reliefband Technologies‘ self-titled product. This device uses current to modulate the median nerve on the underside of the wrist to control nausea and motion sickness. This is the same spot you can rub for nausea, and it’s the spot targeted by acupuncturists. At this year’s show, the company introduced a new—and infinitely better looking—version called Reliefband Neurowave. While the original Reliefband was functional, it looked like it was designed by engineers in 1989 (you can see it on the company’s site). The new version shown below looks like a modern smartwatch. It adds a display and separates the electronic plates from that display, which means you wear it as a watch. The old version had to be worn so that the ugly interface was underneath your wrist like engineers and pilots sometimes wear watches. I don’t suffer from nausea or motion sickness, but Jeff Gamet is going to test it out for us. The new version is priced at $150 and will ship in the second quarter of 2017. The firm hasn’t yet added the new product to its website.

Check It Out: Reliefband Neurowave Controls Nausea with Current on Your Wrist