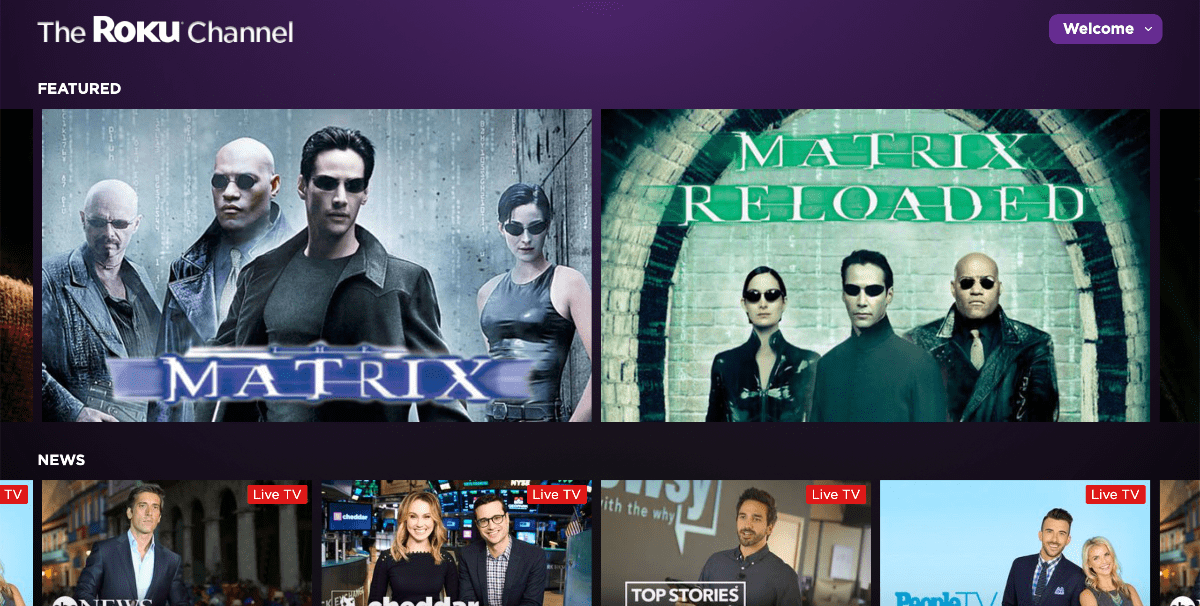 Roku is bringing its free TV service—The Roku Channel—to the web and select Samsung smart TVs. It’s an ad-supported service that will offer movies and TV shows. In addition Roku is updating the navigation on its devices to include a new featured called Featured Free. It will point people to free content from The Roku Channel, and other apps too like ABC, The CW, CW Seed, Fox, Freeform, Pluto TV, Sony Crackle, Tubi and more. The Roku Channel first launched last year in September. Movies include those from Lionsgate, MGM, Paramount, Sony Pictures Entertainment, and Warner Brothers. Other partners include American Classics, FilmRise, Nosey, OVGuide, Popcornflix, Vidmark and YuYu.

Check It Out: Roku Launches Free TV Service On the Web