This model of the fictional starship Enterprise was used in the weekly hour-long Star Trek TV show (NBC-TV), which aired from September 1966 until June 1969. 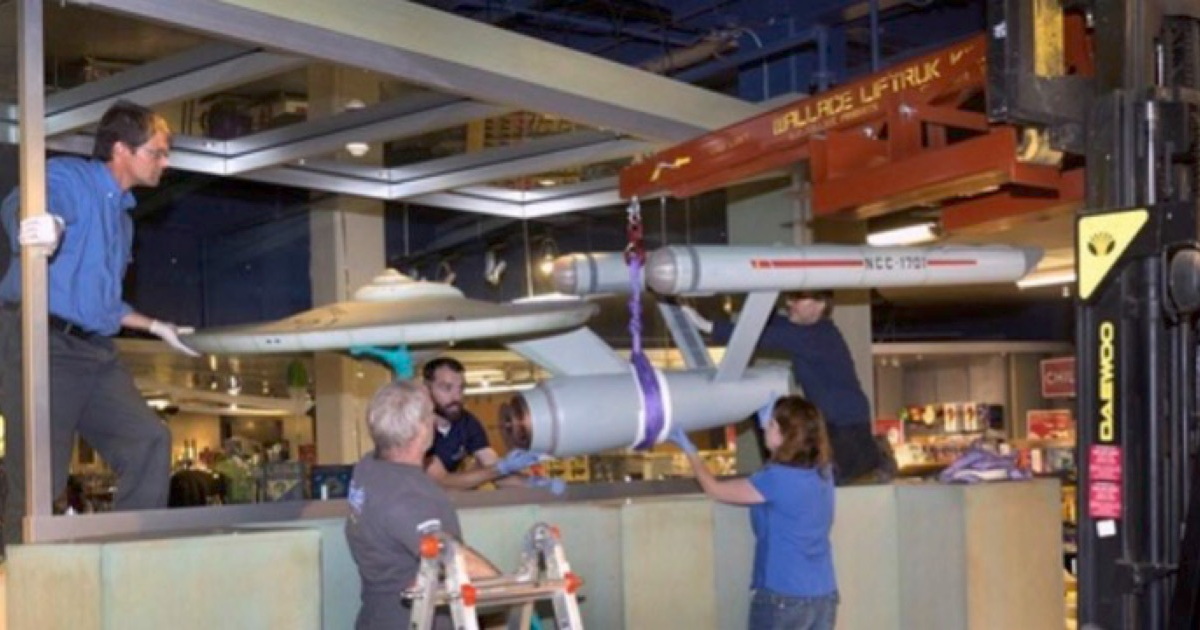