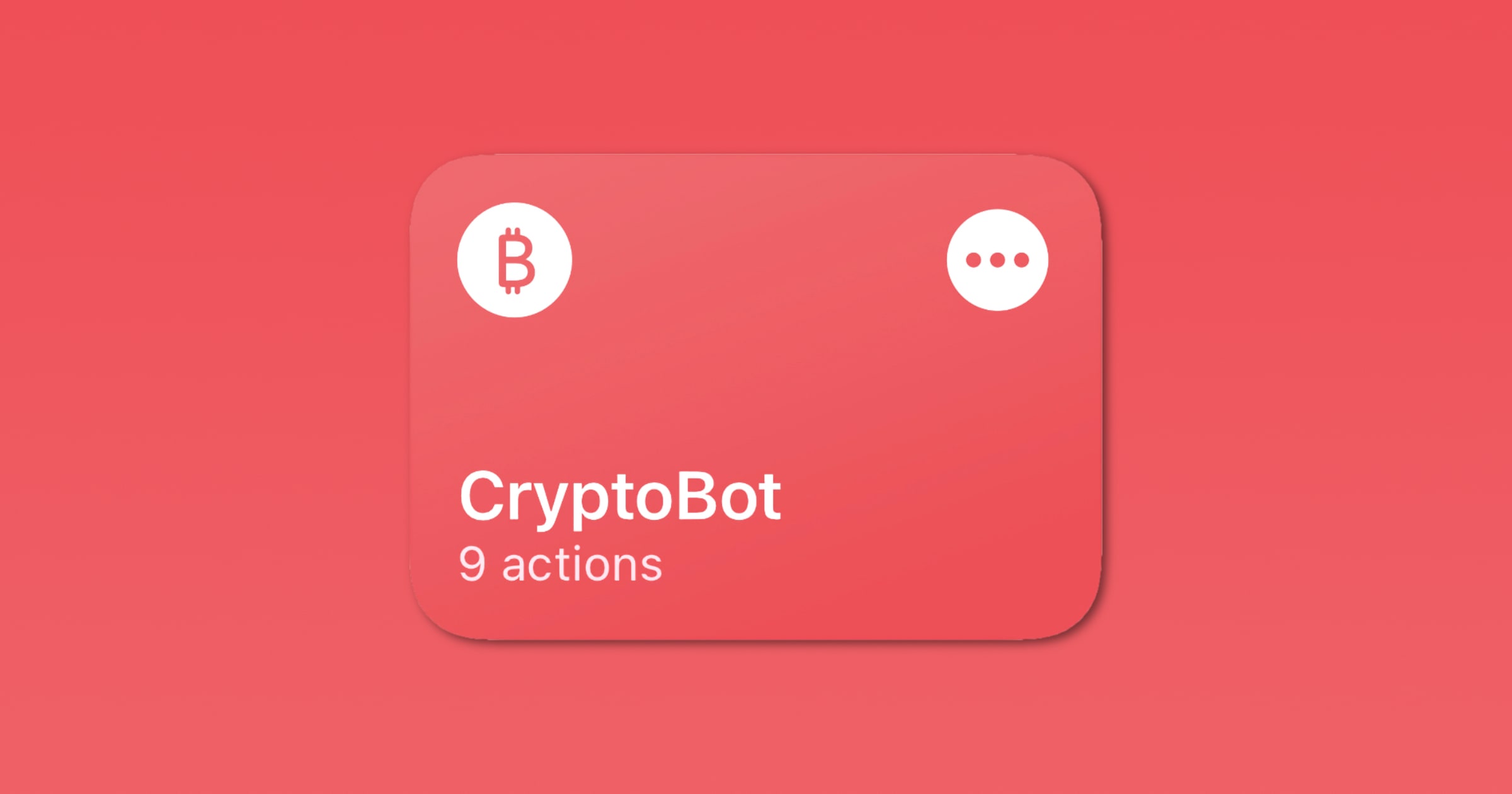 Over the weekend I read about Mr. Goxx, the hamster that buys and sells cryptocurrencies. Inspired, I decided to create a shortcut named CryptoBot. It’s a basic shortcut that decides which cryptocurrency you should buy. It’s based on my own interests; I haven’t added a part where it decides what you should sell simply because I’m a hodler and I’m not interested in selling right now. Edit the shortcut to decide which coins you want, edit the price range, create a menu for selling, and let it decide for you. As it works right now, it randomly picks a coin from a list, picks a random number between 10 and 100, and I buy the crypto in that amount through Coinbase. Another idea: Create an automation where this runs on a schedule and call it dcaBot.

Check It Out: Let The ‘CryptoBot’ Shortcut Decide Which Cryptocurrency You Should Buy