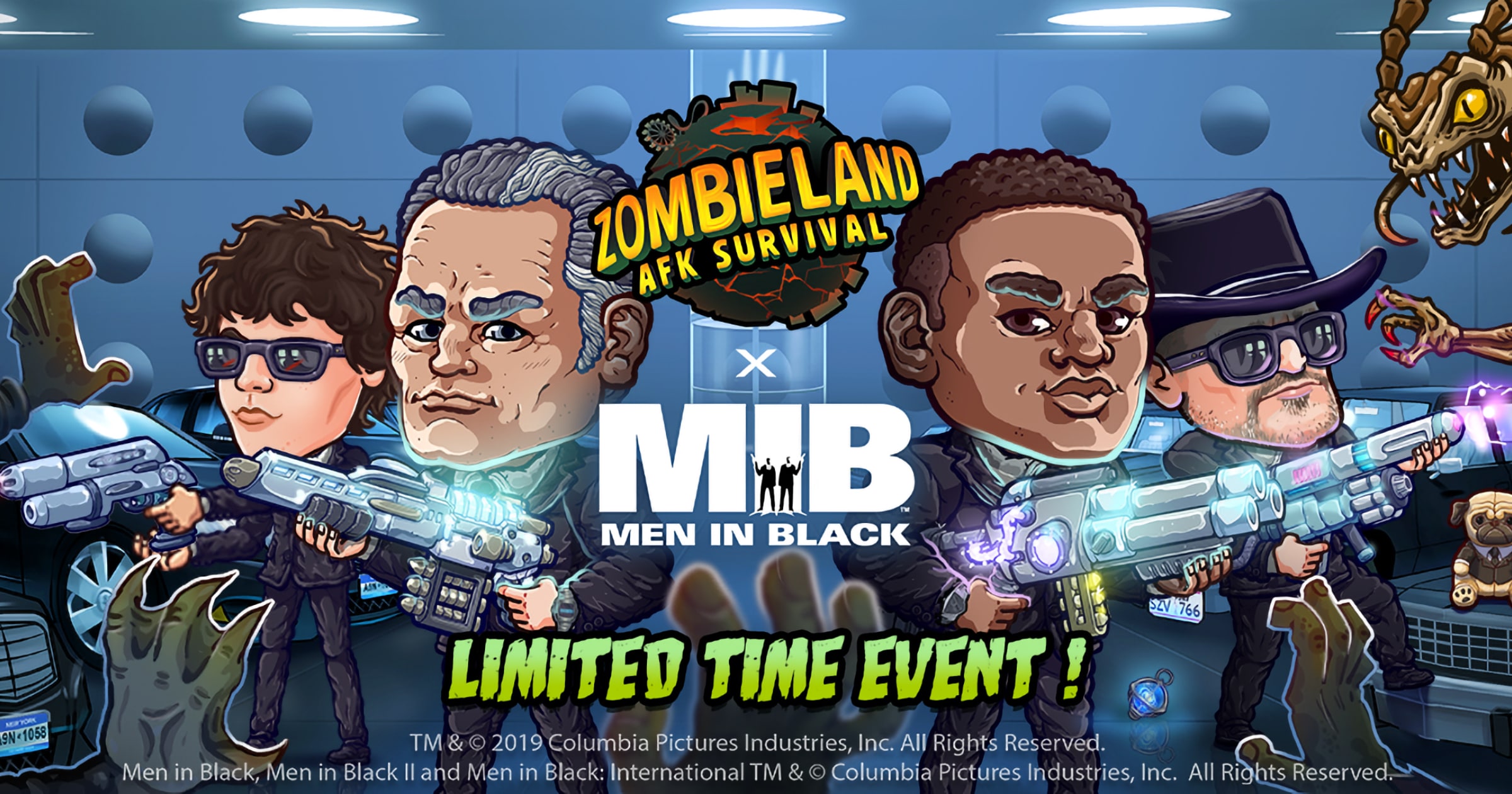 The hordes of zombies in Zombieland: AFK Survival have been replaced by the scum of the universe, and the best way to defeat them is to join forces with the experts in the field of fighting aliens – the Men In Black. Players can collect eight new MiB inspired heroes, including Agent J, Agent K and Zombieland characters Tallahassee and Columbus suiting up and wearing shades with the Men In Black. To better beat the new alien enemies, there are over 30 new weapons, trinkets and iconic Men in Black gadgets, including the memory erasing Neuralyzer the Noisy Cricket and Agent K’s car. Players will be able to enjoy all of the rewards they earn even after the event. During the next month, players can engage in daily tasks and missions to collect Universe Tokens and Red Buttons in the special Alien Invasion and Galactic Travels program to get more awesome items like the Deatomizer, the Reverberating Carbonizer and much, much more.

Check It Out: Men In Black Characters Arrive in ‘Zombieland: AFK Survival’ Game