With the release of the iPhone 12 series this year, many Apple fans got exactly what they wanted, or even more. Not everyone was happy, however, as there has been an ongoing debate over whether Apple’s refusal to adopt a USB-C cable in place of their proprietary Lightning solution is a good move. Since being a fan means not accepting everything without question, we thought we’d take a look at both sides of this question, to see the pros and cons of USB-C adoption.

The Pros of USB-C Adoption

When you buy a Mac, you’re spending on a premium product. In almost all cases this idea holds, regardless of which specific item you’re purchasing. The issue with simple cables, however, is that you don’t always need premium. On the Apple store, a simple 1m Lightning to USB cable costs $19. For reference, a standard USB to USB-C cable from a store like eBay of the same length can cost less than $1. It might not last, but you don’t always need it to.

Cross-compatibility is not a new or revolutionary idea in digital hardware or software, but it is a highly welcome one. For hardware, consider how helpful an extra USB-C able could be on an Android if you’ve misplaced a primary charger. Users tend to have many of these lying around, making replacement a non-issue.

We see the same idea applied in software, with services like Pronet Gaming. By offering systems that cover many different needs and customers, this gaming provider only improves its base, making it a more appealing choice. It’s not as if Apple is completely averse to similar ideas on a software front either, as we’ve seen through the success of Microsoft’s Office Suite on their platforms. “Lightning connector” (CC BY 2.0) by randychiu

The Cons of USB-C Adoption

Easily one of the most famed aspects of Mac is their level of quality control. Everything here has to be built to a specific standard, to see as long of a life-span as the engineers can manage. Stepping outside of Lightning and moving to a general solution introducing a confounding variable into this equation. In a minor sense, a poor-quality external cable could simply not work. In extreme cases, as CNet notes, a broken cord might even cause device damage, something Apple obviously wants to avoid.

Did you know there is more than one type of USB-C cable? Many users don’t, which can cause confusion when a cable doesn’t act as expected. Only getting 480 Mbps transfers? Well, sorry, as Adafruit explains, you’re on a version two cable. Can’t find a cable longer than a meter? That’s because you’re looking at a full-featured 3.1 Gen 2.

Apple’s use of Lightning simply side-steps this issue, so all users know exactly what they’re getting. No more random unexplainable problems, no more finding replacements for things that were never broken, and no more constantly sorting through cords to find the one that works. 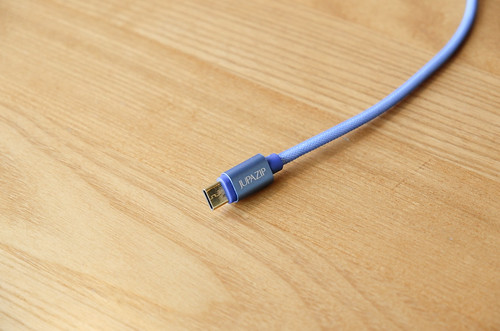 Where you side on the USB-C adoption discussion is, ultimately, a personal choice without any strictly right or wrong answers. We can understand perfectly well why Apple wanted to go with their own solution, and simultaneously why some users would prefer Apple to change tac. And besides, at the end of the day, there’s no telling what the next-gen of Apple devices will bring.