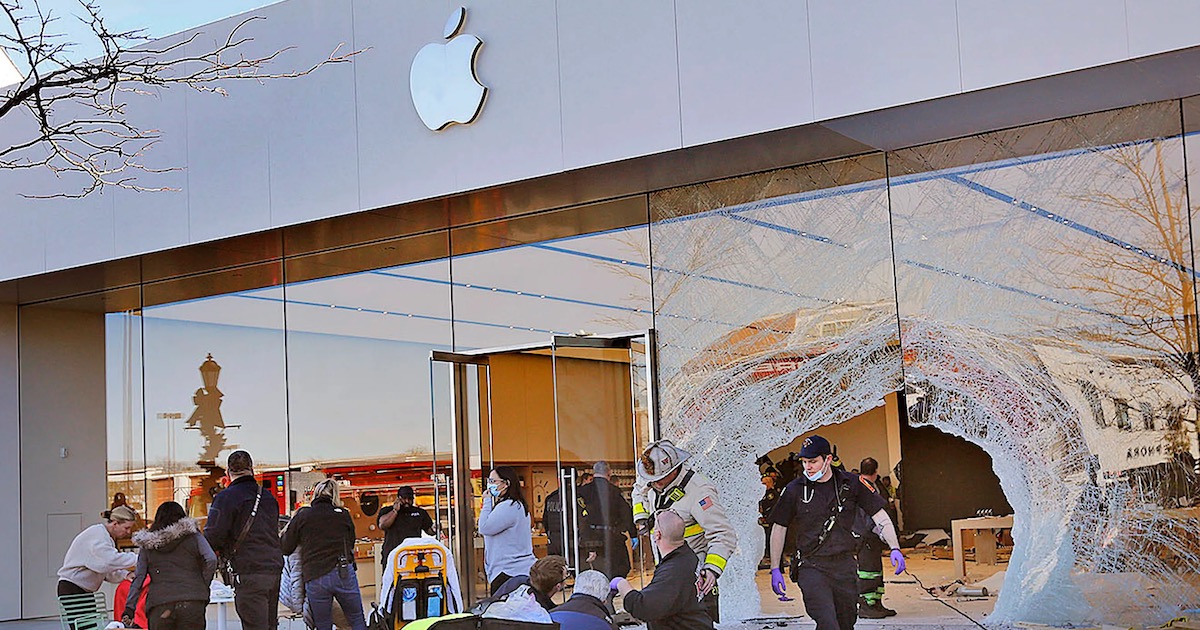 In the wake of the fatal crash into an Apple Store in Hingham, Mass., the Cupertino-based tech giant is facing a lawsuit. The accident took the life of one person, while 20 others were injured, some of them seriously.

As we reported last week, an SUV drove through the front glass window of the Apple Store in Hingham, Mass. The driver, who claimed his foot became lodged on the gas pedal, was charged with reckless homicide by motor vehicle. One person, a construction contractor from New Jersey, was killed in the accident. Twenty others were injured, some seriously.

Lawyers representing several victims of the crash say they have since filed a pair of lawsuits against several parties following the Apple Store crash. Defendants in the lawsuit include Apple, the owner of the building, the property developer and the driver of the SUV, Bradley Rein. According to Doug Sheff, of the Boston-based law firm Sheff & Cook, the tragic accident was “100% preventable.”

They simply needed to place a few barriers or bollards between the parking lot traffic, which was busy holiday traffic, and the public.

Sheff & Cook represent Matthew Timberger, a customer in the Apple Store at the time, and employee Stephen Parrish. Both suffered serious injuries from the crash. In Parrish’s lawsuit, he is not including Apple among those sued, but Timberger is.

During a news conference Tuesday, Sheff announced the lawsuits against Apple and others after the Hingham tragedy. He also questioned why no barriers prevented the SUV from crashing into the store. He pointed out that Derby Street Shops has barriers in place to protect pipes, electrical fixtures and dumpsters. Pedestrian walkways leading into most shops, though, was unprotected.

So in this location, trash is better protected than human lives. Why is that? Would it be for esthetic purposes?

Since the accident, barriers have gone up in front of the Apple Store, which is still boarded up. There’s no word on when the store will reopen.

Shortly after the crash, we learned that Massachusetts had, in 2019, introduced a bill that would have required bollards, or barriers, in front of more commercial buildings like this one. Unfortunately, we could find very little discussion of the bill or its status. Other traffic safety bills, such as an act to protect “vulnerable road users,” was in the works for more than a decade before its final passage.