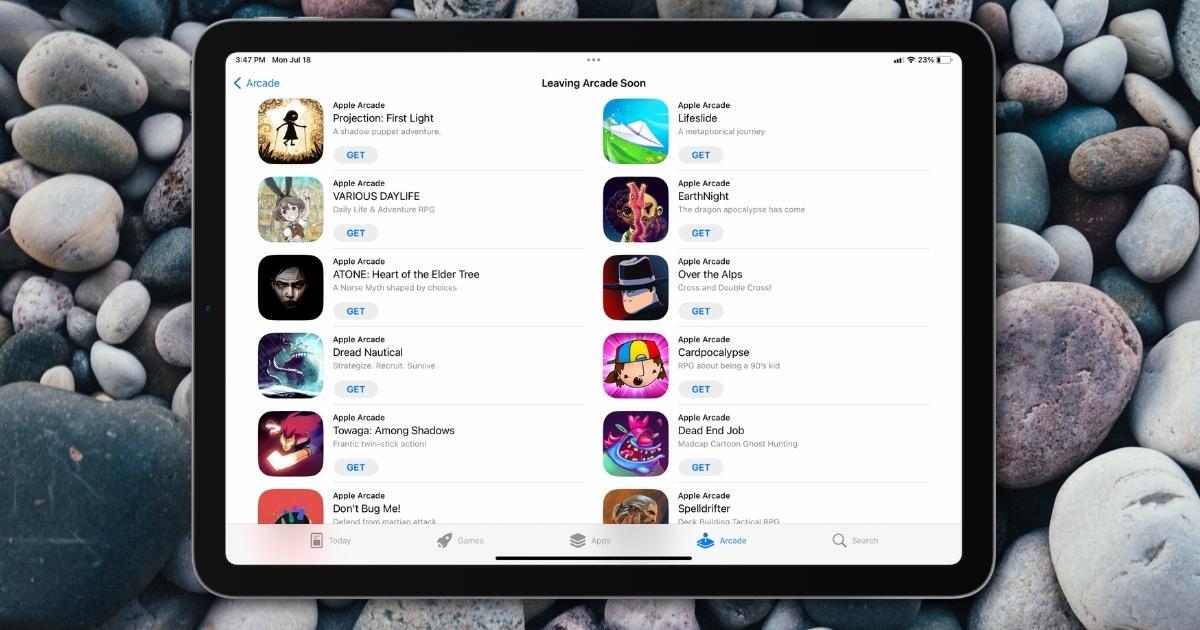 According to a new section in the Arcade area of the Apple App Store titled “Leaving Arcade Soon”, fifteen titles are on the chopping block currently.

The following games are listed in this section. Currently, Arcade subscribers are able to download the games while they are still available. Apple does not mention when the games will be leaving, nor does it mention why they are leaving.

Update: According to an insider speaking with MacRumors, the games will not be available to play once they are removed. It seems the issue is a matter of Apple choosing not to renew contracts with certain developers. Many of the games being removed are Apple Arcade launch titles.

While this is not the first time Apple has taken a title off of Arcade, it is the first time the company has officially announced which titles are leaving. The quantity of titles leaving is also surprising and something new.

Apple typically does not explain what happens to games that are leaving the service. This leaves players unsure what will happen to their save data. It is also unclear whether these titles will transition to a premium or free release, or face delisting altogether.

For Apple Arcade, the service is currently priced at $4.99 per month, and includes more than 200 new and original gaming titles. All games are free to play with no additional purchases in-app or payments required. The Family Sharing features allow up to six family members to share a single Apple Arcade subscription.

In other Apple Arcade news, the popular Oregon Trail has received an update that integrates Apple Arcade and Apple Health. The new update now motivates players to walk the 2,000 mile path in real life. The new “Walk the Trail” feature takes advantage of data collected from the Health app on your iPhone (though, doesn’t expect you to walk the actual trail). Additionally, Gameloft has also added a step-tracker to the Apple Watch that is also based around Oregon Trail.

What are you playing in Apple Arcade right now? Are you sad to see any of these titles leave? Let us know in the comments.