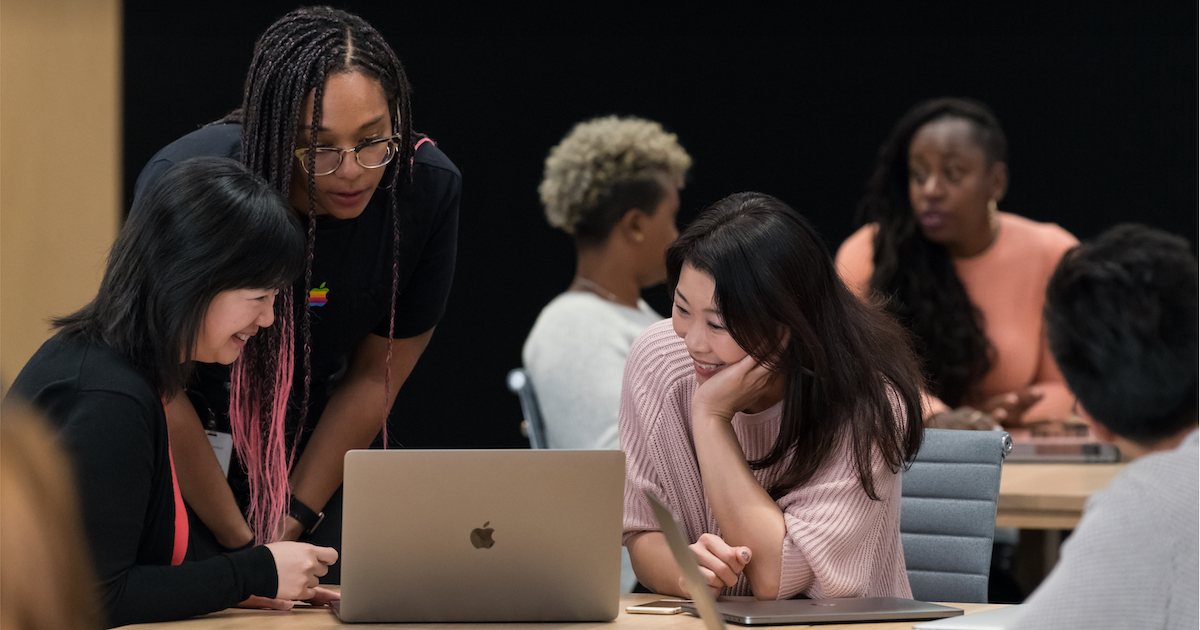 Apple began accepting applications for its next Entrepreneur Camp slated for October. The Apple Entrepreneur Camp supports underrepresented founders and developers of app-driven organizations. These include female, Black and Hispanic/Latinx founders.

Apple announced the applications on its developer site, saying the Entrepreneur Camp aims to help underrepresented founders and developers in building the next generation of cutting-edge apps.

Apple Entrepreneur Camp supports underrepresented founders and developers of app-driven organizations as they build the next generation of cutting-edge apps and helps form a global network that encourages the pipeline and longevity of these entrepreneurs in technology.

Those founders and developers who belong to what Apple called underrepresented groups can apply for a slot in the upcoming Entrepreneur Camp. Apple said that attendees would receive one-on-one code-level guidance courtesy of Apple experts and engineers. In addition, attendees will receive mentorship, inspiration and insight from Apple leaders. They will also have unprecedented access to Apple’s engineers and leaders.

Upon completion of the event, Apple will provide feedback on the participants’ projects. Apple will also give selected attendees a free one-year membership in the Apple Developer program. Submitting apps to the App Store requires membership in the Apple Developer Program. This membership normally costs $99 a year. It also comes with access to Apple’s beta software, advanced app capabilities, extensive beta testing tools and app analytics.

In addition, members of the Apple Developer Program get code-level support from Apple engineers during the membership year. Participants will also be given a chance to present their work and chat with some of Apple’s most senior leaders.

The application for Apple’s Entrepreneur Camp closes on August 24, 2022. You may check the details on eligibility requirements and the applications process for Female founders, Black founders and Hispanic/Latinx founders from the Apple Developer website.

WOW, Apple seems so Anti-White Male, maybe my money is no good anymore. I grew up in the Bronx in New York City, family had and still has no money. I joined the military and became a NYC Garbageman. My White Privilege is just bursting with favor and special treatment.

I learned some sys admin in the military but couldn’t afford to per-sue a higher education.

“Under Represented”, “Female” and “Black and Hispanic/Latinx founders”. Lmao Apple is a joke and MacObserver better wake up.

Thanks for the feedback. It is, however, a statistical fact that women and people of color, such as Blacks and LatinX people, are underrepresented within software development. The situation is even more pronounced when it comes to leadership positions in the field. I happen to know from personal experience the educational opportunities available, even to white males, especially those who served in the military. Where there is a will, there is a way…I’m living proof of that, myself. I wish you luck in the future, but bemoaning others the opportunity to advance themselves just because you aren’t able to enjoy… Read more »