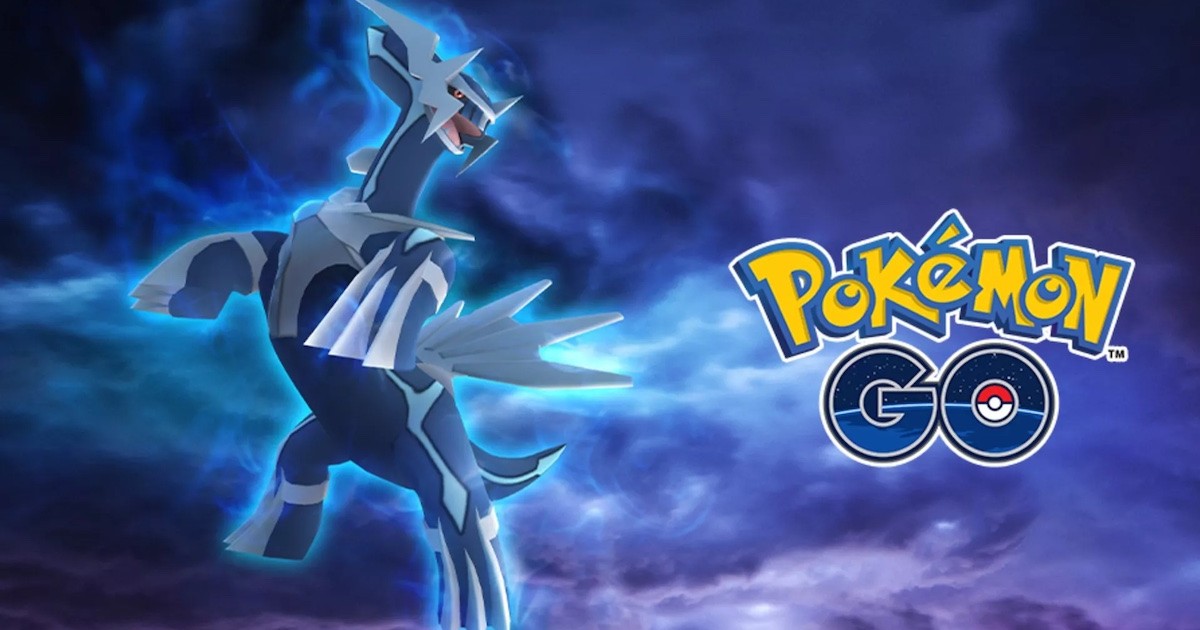 Trainers! Dialga is returning to Pokémon GO raids! Starting today, users can take on Dialga in five star raids. Here’s how you can beat them, along with other news arriving to Pokémon GO.

Making its debut in generation IV, this temporal Pokémon will be available for players to battle and catch from July 22 at 10 a.m. local time to July 31 10 a.m. local time. Additionally, July 27 will have a raid hour featuring Dialga. These raids will occur between 6 p.m. and 7 p.m. local time.

While many players complain about Dialga getting nerfed, it is still a rather strong legendary to have on your team. As a Steel/Dragon type, Dialga has a lot of resistance, with only weaknesses toward fighting and ground. It is also a Dragon that isn’t weak to Dragon moves, giving it another advantage. With a max CP of 4038 and 275 base attack stat, Dialga can be a beast in some areas.

However, a weak move pool means many players may leave it on the sidelines. It can make for a decent raider, and Dialga has a fantastic shiny.

With Dialga having resistance to ten types, players who battle the legendary beast are going to need to stick to Fighting and Ground types to take Dialga down.

Of course, for anything weak against fighting, Machamp should be your main go to. Counter and Dynamic Punch should have no issues helping take down Dialga. For Mega Evolutions, Steelix will help boost ground type moves, but doesn’t have the best move set. On the other hand, Mega Lopunny can help boost fighting type moves, and has its own set of fighting moves to help take down Dialga.

Here’s the best counters and their moves for Dialga:

Additionally, watch out for Dialga’s move pool. Again, with it being a Dragon and Steel-type, expect an attack of each type from the legendary boss. Though its move pool may be small, it can still pack a punch. Dialga can have Dragon Breath (Dragon) or Metal Claw (Steel) for fast attacks, and Draco Meteor (Dragon), Iron Head (Steel) or Thunder (Electric) for charged attacks.

Ultimately, for Dialga raids in Pokémon GO you will probably want at least a team of four to five level 40 players, especially is you are raiding remotely. Lower level players will obviously need more trainers and make sure they have the best counters prepared. Higher level players may be able to duo or solo these raids, though be careful when using Remote Passes.

It’s also important to remember that Dialga is weather boosted during Ice and Wind. This means Dialga will be stronger during these weather conditions, though Trainers will also catch a higher CP Dialga.

For those looking for hundos (perfect IVs), 2307 is the hundo for normal weather, and 2884 for weather boost.

Additionally, Pokémon GO Fest: Seattle is this weekend. While the majority of the action will be in Seattle, WA, trainers around the world will also get to participate in a global challenge. If successful, players will get upgraded bonuses during the upcoming Hisuian Discoveries event.

For worldwide players, Slowpoke, Krabby, Staryu, Qwilfish, Mantine and Clamperl will be appearing more frequently in the wild during the GO Fest challenge. There will also be a collection challenge for global trainers, which will offer the regional exclusive Panpour as a reward. Unfortunately, Panpour may only be shiny for those participating in the Seattle event.

Additionally, the Hisuian event runs from Wednesday, July 27, 2022 at 10:00 a.m. to Tuesday, Aug. 2, 2022 at 8:00 p.m. local time. During this event, Hisuian Growlithe, Hisuian Qwilfish and Hisuian Sneasel will all make their debut during this event. Pokémon native to the Hisuian region, such as Zubat, Onix and Eevee, will also appear more frequently in the wild.

Unfortunately, it seems Hisuian Growlith and Hisuian Sneasel will only be in 7K eggs, so be sure to have a lot of incubators.

Of course, with the arrival of both the Hisuian event and the return of Dialga, many are expecting that the bonus event may also include Origin Forme Dialga. While this is just a rumor, Niantic has promised a surprise relating to the Hisuian event, and this seems a good a time as any to release the alternate Dialga.

As Pokémon GO recently celebrated its 6-year anniversary, there’s a lot in store for the game.

Do you plan on raiding Dialga? Already got the shiny and the hundo? Let us know in the comments.