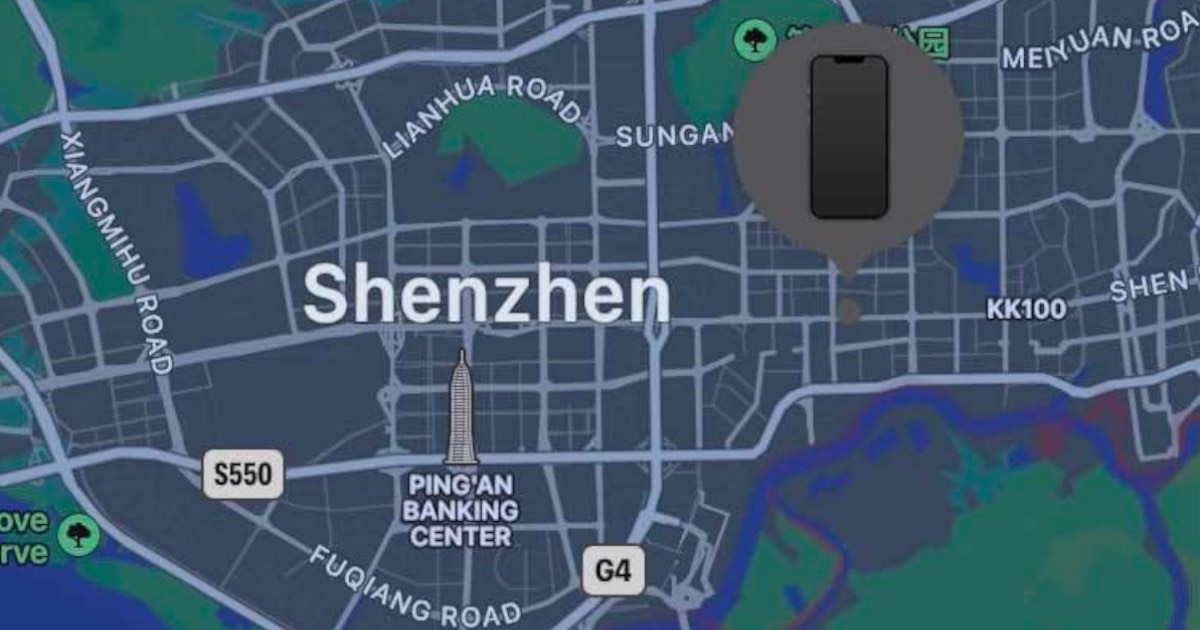 Should your iPhone get stolen, it may end up overseas. A user on Reddit claims that an iPhone stolen during a music festival has pinged back to a factory in Shenzhen, China. Now, Redditors are joining the conversation to help explain what may be happening.

A user by the name of u/TheOfficialWhatsTheT made a post on June 20 explaining her situation. The user writes that her boyfriend’s iPhone was stolen during a Day N Vegas festival in 2021. Tracking the phone for weeks, the phone allegedly was in Miami for sometime until it was eventually found in Shenzhen, China.

Now fast forward to 2022 and we are just randomly on Twitter and we see a message string of thousands of comments saying that their phone that was stolen from EDC, Rolling Loud, DayNVegas, (insert whatever big music festival you want here) is now also showing up in Shenzen [sic], Guangdong, China.

The user goes on to say that Foxconn is located in Shenzhen, which is true. Foxconn does indeed have a manufacturing facility in Shenzhen. However, the original author also speculates that Foxconn is running a massive iPhone stealing business in order to recycle the parts. While the author is likely being cheeky, Foxconn stealing phones is unlikely for a variety of reasons.

While the Reddit user is also correct when they state that Foxconn’s Shenzhen facility was hit hard by supply chain issues, the company is not stealing strangers’ phones for parts.

Going to Twitter, doing a quick search will reveal that many people are experiencing this problem of finding their phone returning to a specific location. A user on Reddit may have the answer.

User BuckWildBilly explains what is likely happening. They write, “Shenzhen is like silicon valley of China. Doesn’t mean it’s foxxcon [sic]. Just means this is where you send phone to get jail-broken and then resold on chinese market.”

Another user, going by the name u/H1Ed1 explains a bit further, stating that stolen phones are most likely heading to Huaqiangbei. A district of Shenzhen, it is the largest electronics markets in the world. User H1Ed1 explains to TheOfficialWhatsTheT that it is likely her boyfriend’s phone got sent there to be reset and sold.

I actually visited this place back in Summer 2019. The number of iPhones there was honestly mind-blowing. I found a stall that sold ONLY iPhone SE 2016 models and they sold me an excellent condition one for about £40, a price that they probably go for today. Wouldn’t be surprised at all if many of them were stolen in hindsight, they were clearly some sort of grey market products at least.

It is also likely that the phone may have eventually been torn apart and sold for its individual parts. Strange Parts made a video showcasing how they made an iPhone from spare parts while they were in China. Watching the video may also give readers more details into the largest electronics market in the world.

Is Foxconn stealing phones from users for parts? No. However, individuals in the U.S. who do have their phones stolen may likely see them end up in Huaqiangbei. This is likely due to weaker laws concerning overseas theft in China.