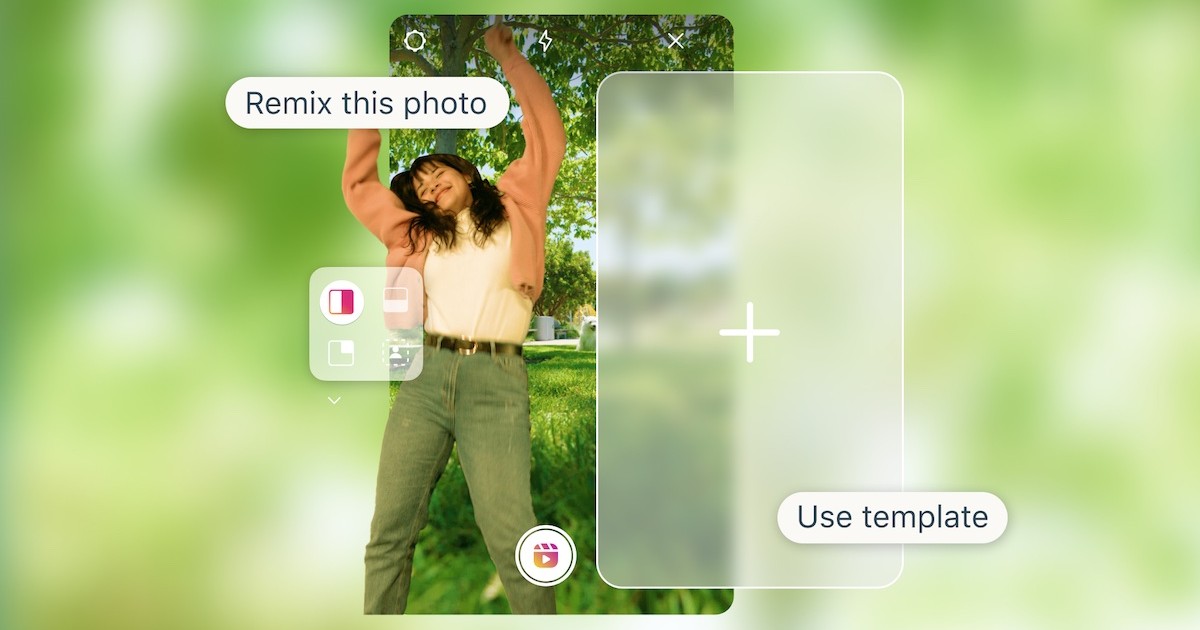 Instagram’s parent company Meta has announced that the popular social media service will be introducing new features that focus on creating, collaborating and sharing reels. Over time, all short video posts will become reels.

For Instagram, reels are Instagram’s solution to TikTok videos. Typically short and shot vertically, reels are different from typical Instagram videos in that creators gain access to a music library, additional filters and editing tools. Other users may also include your audio in their videos and users can also create a Remix featuring your real.

Now, Meta is expanding the tools for Remix to provide more features for users and content creators. This includes Remix for photos, Expanded Remix layouts and the ability to add your own clips.

Remix for photos will allow users to remix any and all public photos. As photos are integral to Instagram, users will have “limitless inspiration to create your own unique reel”.

For Expanded Remix layouts, users will have access to a green screen as well as horizontal and vertical split screen for recording. Users will have picture-in-picture to record reaction videos or add video commentary to existing reels.

Last of the enchanted remix features includes the ability to add your own clip, which allows users to add their clip at the end of the original to create a sequential recording. This is ideal for reaction videos, such as Khaby Lame reaction vids on TikTok.

Additionally, Instagram will now include templates and a new Dual feature for reels. Templates allows users to easily create reels by preloading audio and clip placeholders. Users will be able to simply add their own photos or video clips. Template idea can be found by tapping the camera icon on the Reels tab.

Reels Are the New Norm

The new Dual features allows users to record content and user reaction at the same. Users will be able to record using their front and back cameras at the same time.

Anyone with a public account will have their reels eligible to be recommended and seen by more people on the social media platform. This currently applies to all videos shorten than 90 seconds. Those with private accounts will have their reels shown solely to their followers. Reels will also be consolidated to the Reels tab on profiles.

With Instagram recently announcing that it was rolling out new mapping features similar to old-school FourSquare, it seems the company is really trying to compete heavily with TikTok.

Personally, the Dual feature seems the most interesting. While running both front and back-facing cameras isn’t something people really needed until social media became a thing, it’s interesting that this hasn’t been an option across platforms for longer. Honestly, it seems it should have been a feature on camera apps since the front-facing camera arrived to phones.