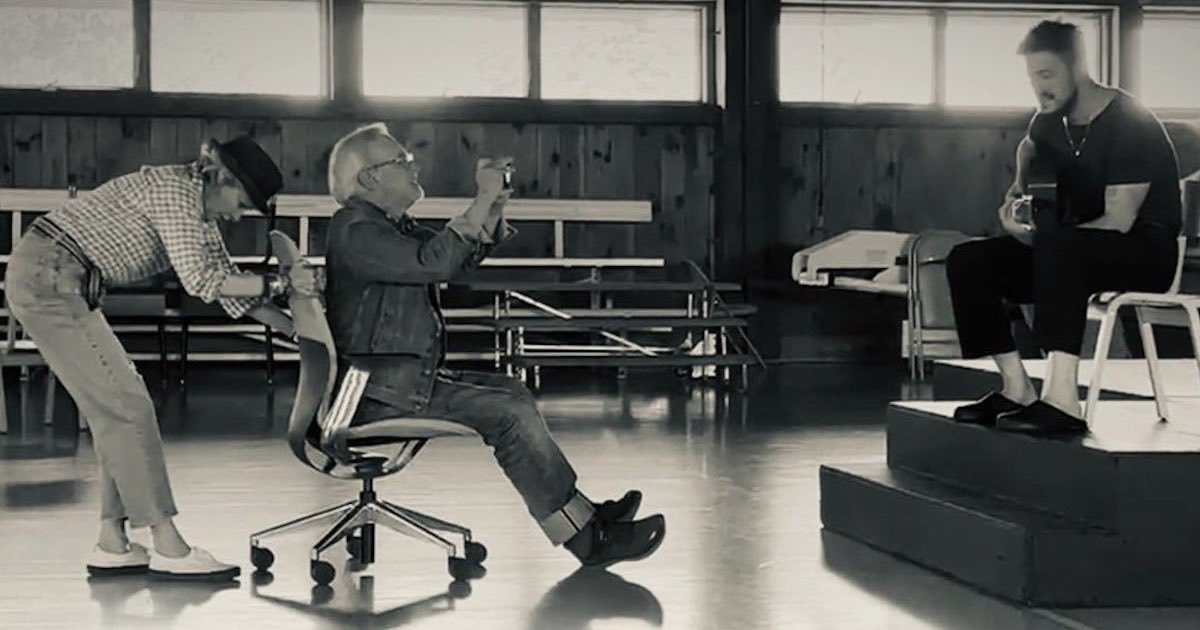 Over the weekend, acclaimed director Steven Spielberg made his music video directorial debut using only an iPhone. Not only that, but Spielberg also did the entire thing in one-take.

The video is for Marcus Mumford (of Mumford and Sons) and his latest single “Cannibal”. The video was shot in a New York school gymnasium and features a single 3-minute take. Not only was the video directed by Spielberg, but he also exclusively used an iPhone.

Additionally, Spielberg’s wife, Kate Capshaw, acts as producer, art director and dolly grip (IE, pulling Spielberg around in an office chair). On Twitter, Mumford shared several pictures from the filming of the video.

The video itself has a great DIY charm showing just how capable the iPhone camera is at capturing video. Another nice aspect about Spielberg choosing this route is that it continues to show that anyone is capable of producing solid videos simply using an iPhone. Of course, having decades of experience in directing and videography also helps.

While Spielberg may now be the most prolific director to shoot using an iPhone, he is far from the first. Apple continuously posts new videos to its YouTube page showing the power of the iPhone camera. For example, Oscar nominee Jason Reitman directed a short film with his father, Ivan Reitman, called Saving Simon. The film was shot using an iPhone 13 Pro.

Additionally, other notable acts have used an iPhone to record music videos. Most notably, rapper Lil Yachty has a Lyrical Lemonade video for his song “Yae Energy”. Featuring Cole Bennett as director, the video was also shot using the flagship Apple device.

It’s great to see big name directors using more simple methods to shoot their videos, as it likely provides inspiration to smaller videographers hoping to make their name known. A DIY approach to music creation and video editing truly shows what can be created with relatively accessible devices.

As the iPhone 14 will likely see release this fall, it will be fascinating to see how directors utilize the updated cameras in the device.

What’s your favorite film or music video shot with an iPhone? Let us know in the comments.