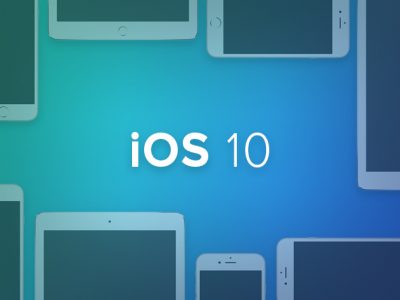 We have a deal for you today on the Complete iOS 10 Developer Course. It features 30 hours of content, including 217 lectures. You’ll learn SiriKit, Messages, Maps—all with new features for developers in iOS 10, as well as an in-depth look at the rest of the operating system. You can get this course through our deal for just $25. 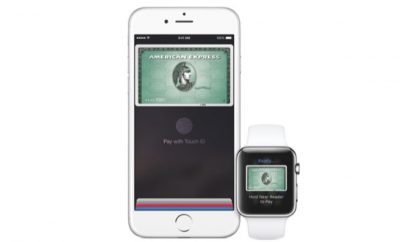 Apple Pay is technically very cool. It has many devoted fans and is growing overall. However, despite its popularity in geek circles, it is not being embraced by the majority of those who are capable of using it. The problem has many aspects that, altogether, create a continuing challenge for Apple. A recent analysis of Apple Pay delves deeply into its slower than desired adoption.

FBI Director James Comey says it’s time to restart the debate over whether or not government agencies should have back doors into our encrypted data. John Martellaro and Bryan Chaffin join Jeff Gamet to look at encryption and what should be kept private and out of the government’s hands. They also dive into how technology may be making people more machine like.

VAVA’s new Voom 20 is perhaps my new favorite Bluetooth speaker, and that’s saying a lot. It’s the right size – a little taller than a can of soda – and has a full, warm sound that can fill a room or your outdoor deck. With dual 8W drivers, two passive subwoofers, 10 hours of battery life and an IPX5 water rating, this speaker will go anywhere you want to bring it, be that the beach, your hotel room, or the kitchen of your AirBnB. It’s even got speakerphone capabilities as well as a USB port for charging your iPhone from the Voom 20s internal 5200mAh battery. It supports the aptX Bluetooth codec, so if you’re using this with your Mac you can get top-quality Bluetooth sound to it. One note: the volume control on the speaker is set independently of your device’s volume, so be sure to crank up both of them. With a special 25% discount available through August 8, the VAVA Voom 20 can be yours direct from VAVA for $59.99 with coupon code GOVOOM20. That’s less than half of what I’ve found comparable speakers cost. 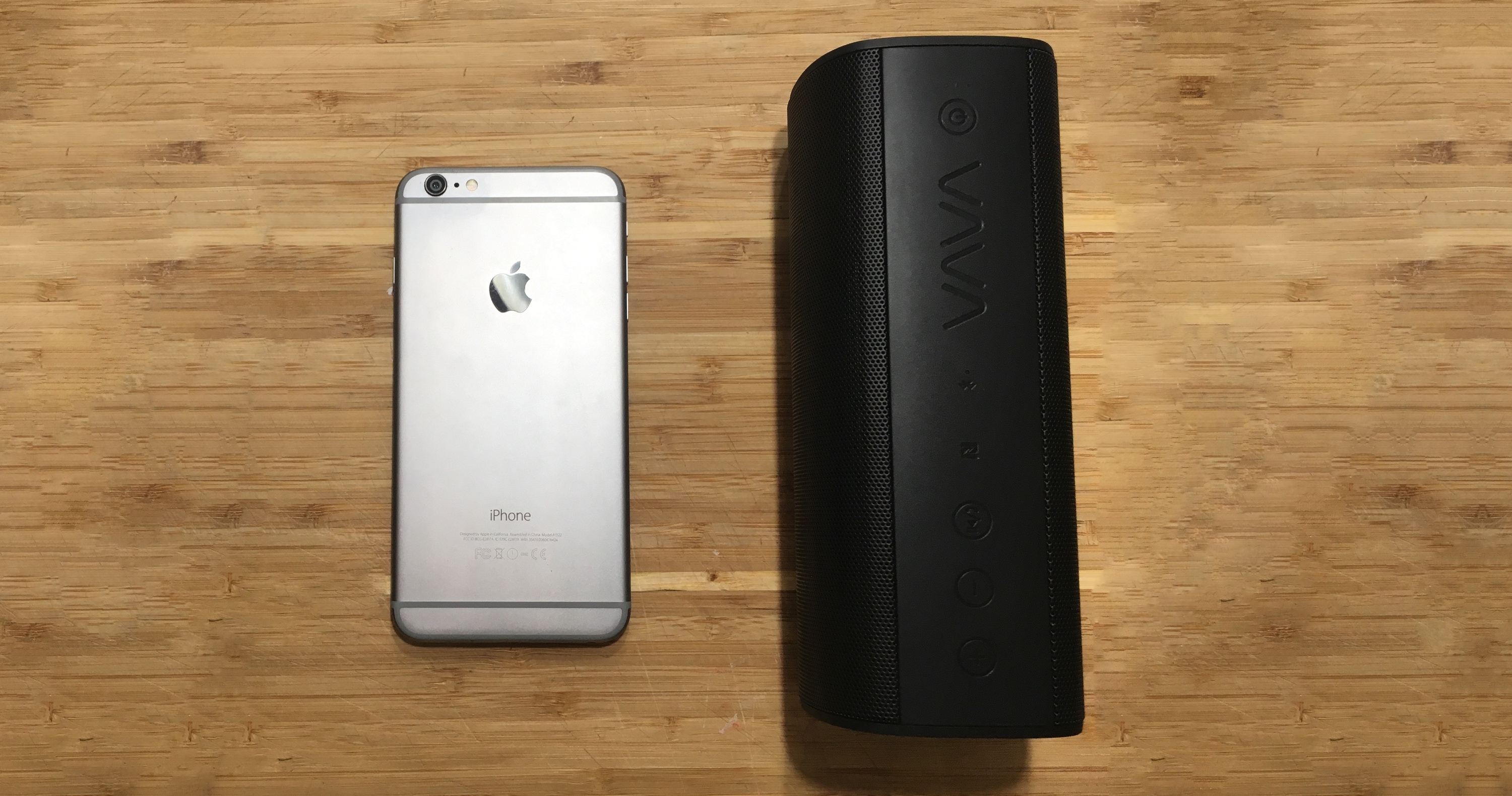 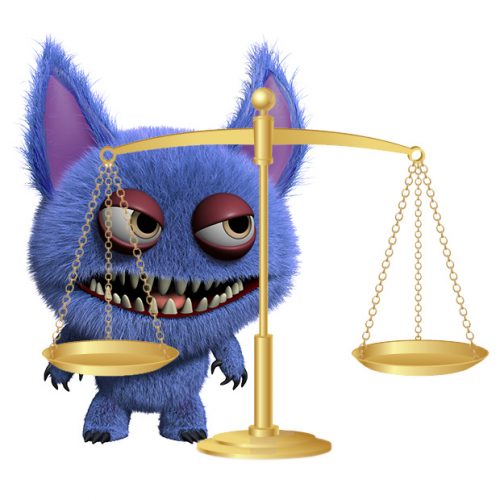 Check out Apple’s new iPad Pro commercial, titled “iPad Pro — What’s a Computer?” It’s like a Microsoft Surface Pro spot, with a prettier star, better lighting, better graphics, and better direction. It pitches iPad Pro as a computer, only one you can touch, type on, and write on using a stylus. It features iPad Pro (9.7-inch), Smart Keyboard, and Apple Pencil. It’s almost like Apple is saying this combination of devices is kind of like a toasterfridge that can do it all. I’d love to hear some thoughts from our readers on this.

Apple announced Monday that it will add more than 100 diverse emoji to iOS 10. The new emojis are part of the Unicode Consortium’s ongoing efforts to expand emojis, and Apple said it’s working with the Consortium to include diverse options. 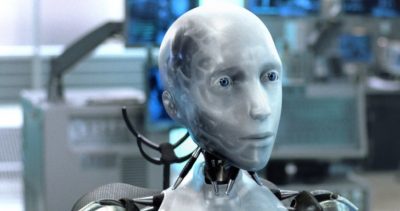 People are walking around, staring at their iPhones, mesmerized by messages and selfies. They’re reading lurid news, glued to YouTube videos and immersing themselves in Pokémon GO. Is this robotic behavior slowly replacing typical human behavior? Is it happening faster than robots can become more human? Could robots someday role reverse and become more human than we used to be? Page 2 of Friday’s Particle Debris expands the initial discussion and leaves us to ponder.

OmniFocus already encrypts your tasks database, but your files stored on the sync server were susceptible to hackers. That changes with OmniFocus 2.6.1 for the Mac and 2.15 for the iPhone and iPad. The update ensures your OmniFocus files are securely encrypted when they’re at rest on the server, protecting you from nosey hackers interested in how you spend your day—which, it turns out, might include making sure OmniFocus is as secure as possible. OmniFocus 2 is priced starting at US$39.99 and is available on the App Store and Mac App Store. 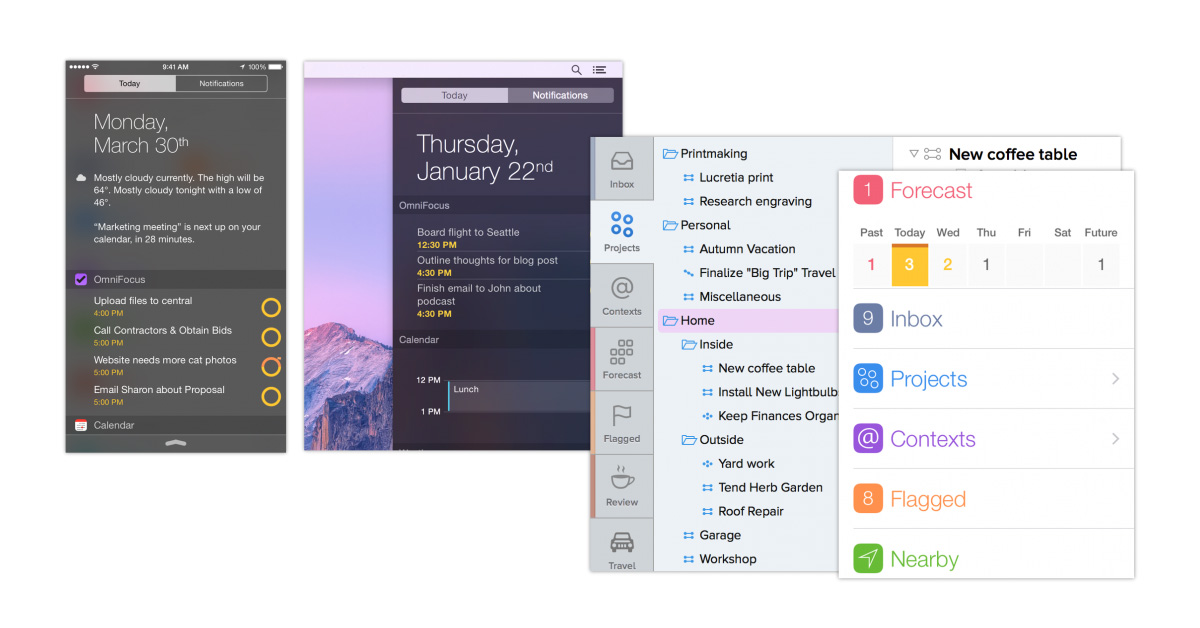 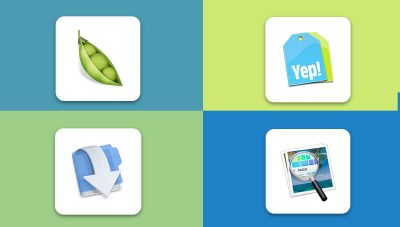 We have a deal for today on four Mac utilities for managing your files: Yes, Leap, Deep, and Fresh. They’re designed to help you keep track of your documents, make more of tags, match images, and more. You can get all four apps through our deal for $19.99. Check out the details in the deal listing.

Apple is finally bringing the Siri remote’s features to the iPhone and iPad with it’s new Apple TV Remote app. The app lets users control their fourth generation Apple TV as if they were using the device’s included remote, and supports Siri voice control, too. It also supports the second and third generation Apple TV sans Siri control, but can’t control iTunes on your Mac. For that you’ll still need the older Remote app. Apple TV Remote is a free download at Apple’s App Store. 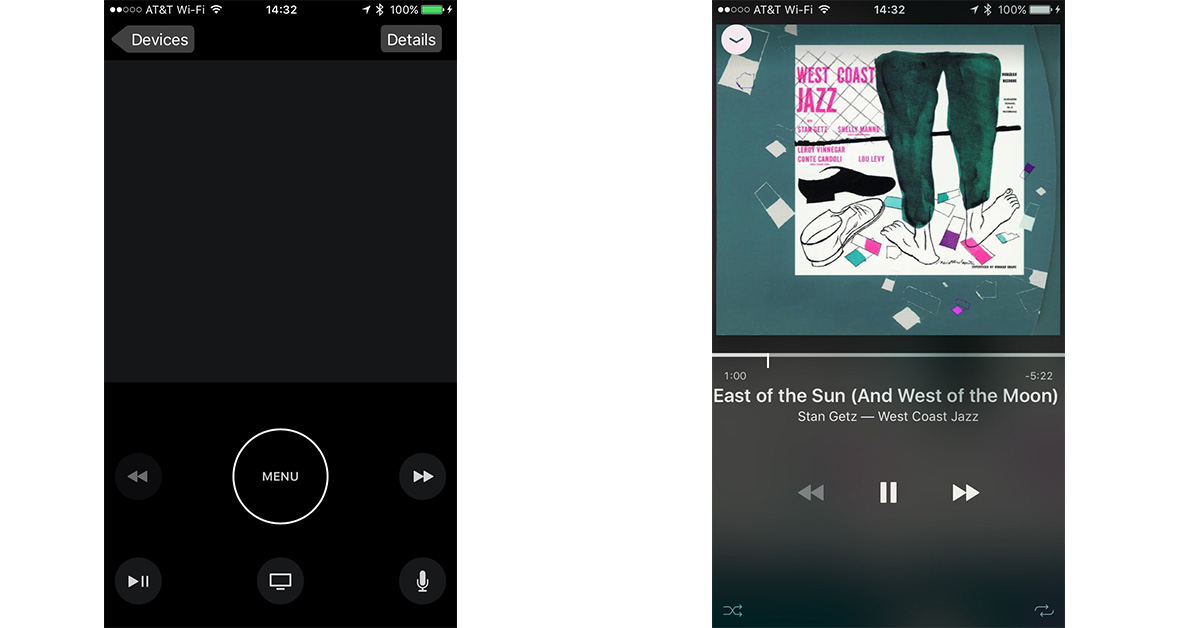 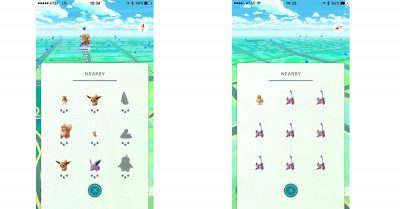 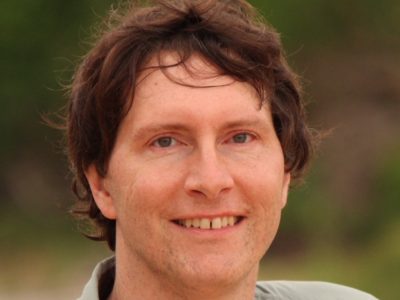 It’s time for Apple to start licensing iOS to cheap handset makers, or so says one pundit. Bryan Chaffin and Dave Hamilton join Jeff Gamet to share their thoughts on Apple’s business model and decisions to not license its operating systems to other companies. They also take a look at Didi buying rival car sharing service Uber China. 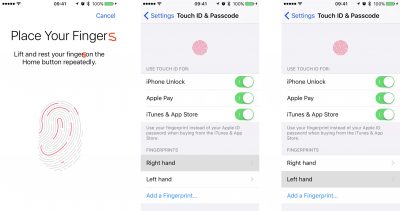 Apple’s Touch ID is an excellent security convenience, allowing you to quickly unlock your iPhone or iPad without having to type in your Passcode. Most of us will want to train at least the index finger and thumb of both hands in order to have some unlocking flexibility. That requires adding each fingerprint manually, and the iPhone only allows five total fingerprints to be trained. What if you want to train more than five fingers? Or what if you want to make the training process more efficient? In Sunday’s Mac Geek Gab 616, listener Robin provided an answer to these questions: train multiple fingerprints simultaneously. 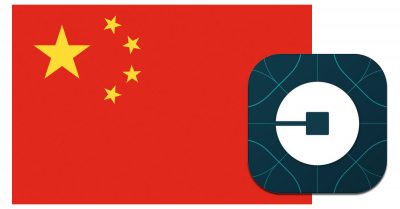 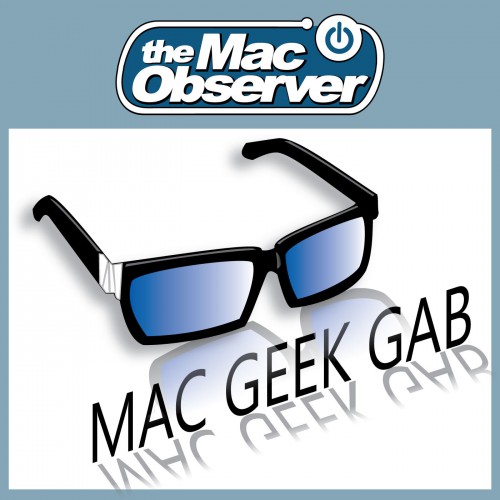 It’s tips, tips and more tips. And also your questions. iOS Mail power searches, unleashing the power of Image Capture, a free photo-management tool that uses folders, removing and detecting malware, and demystifying 5GHz wireless channels are just some of the topics covered in today’s show!

Twitter stickers are available to everyone in Twitter’s own iPhone app. Stickers let you add fun graphics to the photos you upload, just like you can do on other social network services. They’re easy to use, and TMO’s Jeff Gamet shows you how in this Quick Tip video.

Then there was the one where the pundit said Apple has to license iOS to “undo the mistake of 30 years ago.” Bryan Chaffin walks this nonsensical idea through a logic machine.

We’ve mentioned many Mac emulators, but The Next Web found another called PCE Macplus emulator running Mac OS System 7. There’s a couple of version on James Friends’s website, but this one will let you play Dark Castle and The Oregon Trail in all their Mac Plus grayscale glory. There’s also MacDraw, MacPaint, Microsoft Works 3.0, Pagemaker 2.0 (😍), and utilities like ResEdit 2.1.3. All of this runs right in your browser through Javascript, so check it out. 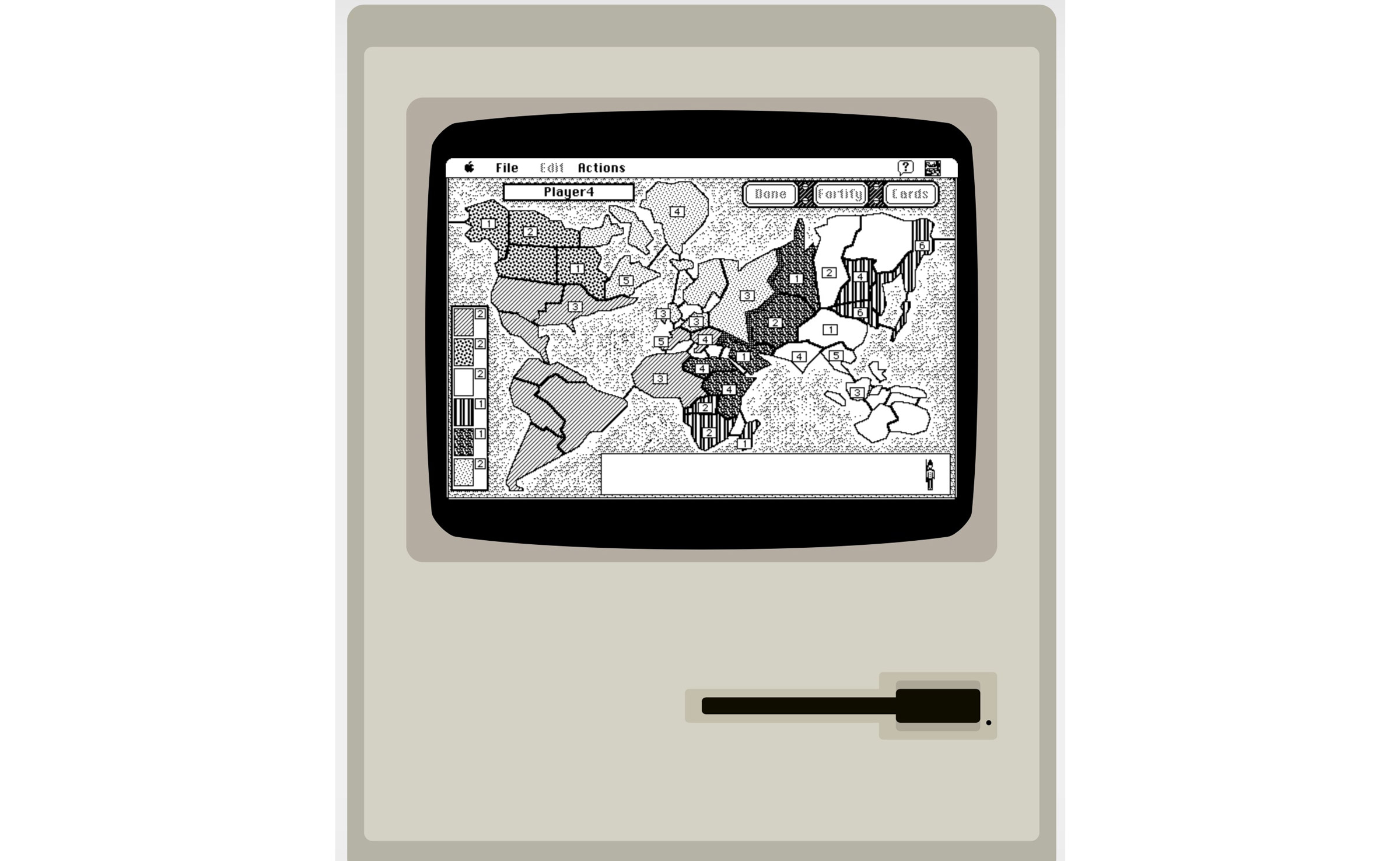