When I got my new iPad I knew that two accessories were going to be crucial for me – a keyboard case and a stylus. The keyboard case was relatively easy to solve. Although there are lots of choices I largely knew what I want, and cases are cheap, so if you don’t like one it is pretty easy to get another. In the end, I bought one from Jelly Comb. However, the stylus was a little more complicated. 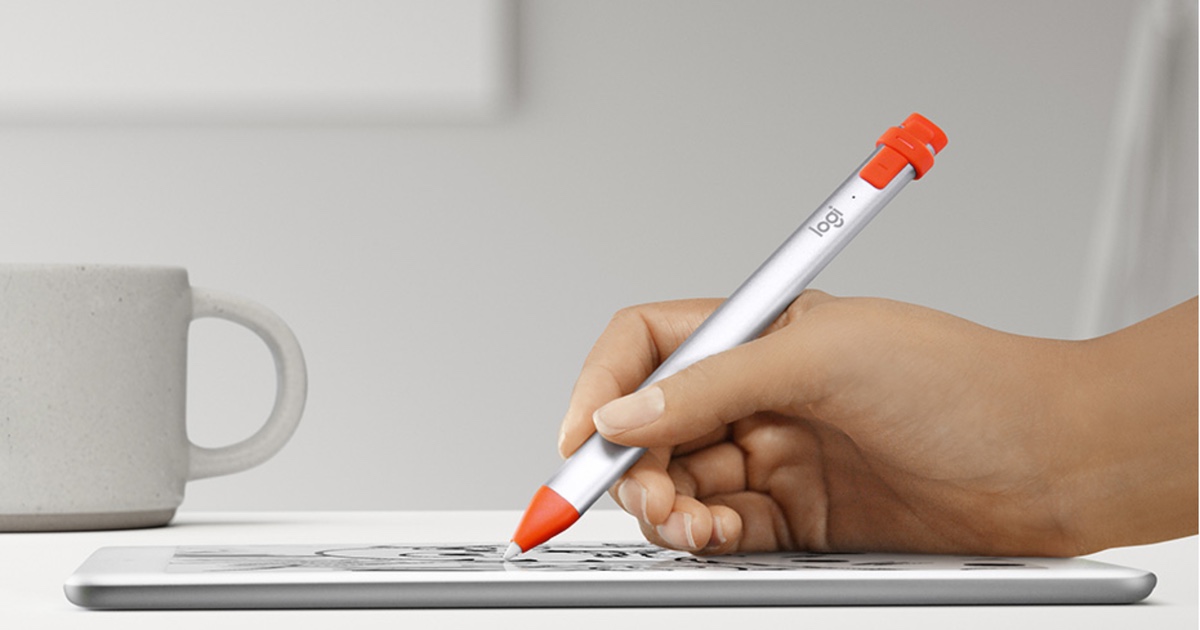 Logitech Crayon – Half The Price And it Doesn’t Roll Away

The obvious stylus to go for is, of course, the original Apple Pencil, which works with non-Pro iPads. It’s a great product and there will be no compatibility issues. However, the price tag put me off. In the UK it costs £89, which is not extortionate, but not cheap.

By comparison, the Logitech Crayon is cheaper, I got it for just £45 on Amazon, and offers almost all the same functionality. Boasting ‘Apple Pencil Technology Inside,’ the only real difference is the Crayon does not have pressure sensitivity. Therefore, I would not recommend it to anyone who uses there iPad for detailed drawing. However, it is fantastic for handwriting or marking up documents. Also, it’s flatter than the Apple Pencil so it doesn’t roll off the table, which is nice. One of my favorite this about the Logitech Crayon is the Palm Rejection Technology, which means you can have your hand naturally fall on the iPad screen while you write without any interference.

Setting up the Logitech Crayon was super easy too. Basically, press the button and it connects to your iPad. There is no fiddling with Bluetooth settings. Any connection issue, which happened to me the first time I tried, was easily solved by simply restarting the iPad. Since then I have had no issues at all.

The Logitech Crayon is compatible with all iPads released in 2019 or later and works with any apps that allow handwriting. The battery life is good too. Overall, it makes for an excellent alternative to the Apple Pencil.

Competitive price point for basically the same technology as an Apple Pencil. It doesn’t roll off the table.

Lack of pressure sensitivity means it is not appropriate for technical or in-depth drawing.