I’m not really a huge mobile gamer but I think that Apple Arcade is a great deal at US$4.99/month. You also get a free one month trial. A game that caught my eye while browsing the selections was Spaceland. I’ve been playing on and off for about a week.

When you start the game you find that the main characters are Space Rangers. These are a rag-tag team of heroes tasked with investigating a distress signal coming from a planet. When you land and the characters go through their dialog, you’ll be directed to different areas to explore. 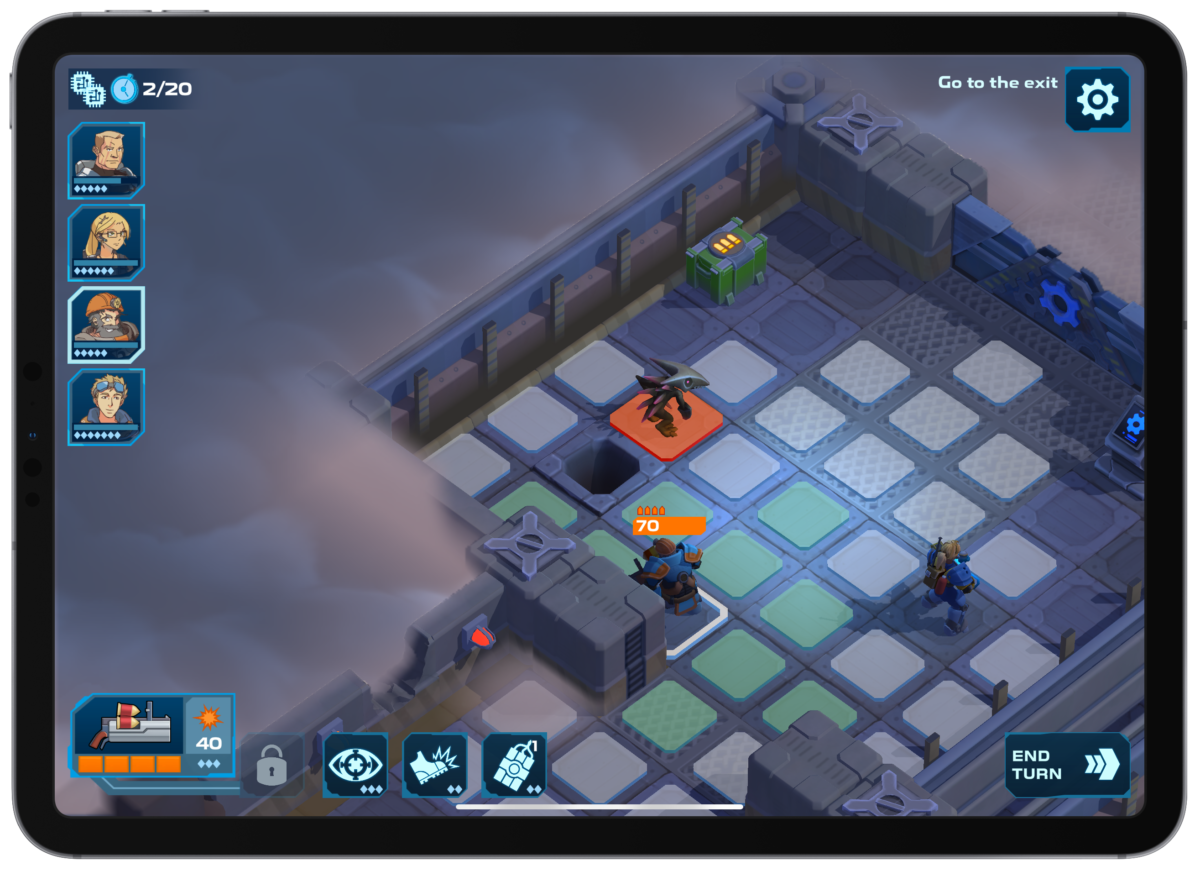 Each character has their own unique weapons, armor, and style. For example, one character uses a shotgun which deals high damage to the aliens. But it’s more effect when used in close range. Another character—the engineer—is able to interact with computer systems on the planet.

I haven’t finished the game so I don’t know what the end result is, but so far I’m having fun with it. In each level you have to defeat the aliens, and the levels get progressively harder. In one level you can only kill an alien with explosive barrels. Other aliens have a tough, armored front and can only be killed from behind. It’s strategy, action, and puzzle rolled into one.

Each level has objectives, like completing in under a certain amount of terms, making sure characters don’t die, and finding a secret within each level (I haven’t found any). You’ll be rewarded with gold for each completed objective, which you can spend on gear.

Overall it’s a fun game that I recommend, and you can download Spaceland here.

2 thoughts on “Apple Arcade: Spaceland is a Turn-Based Shooting Game”