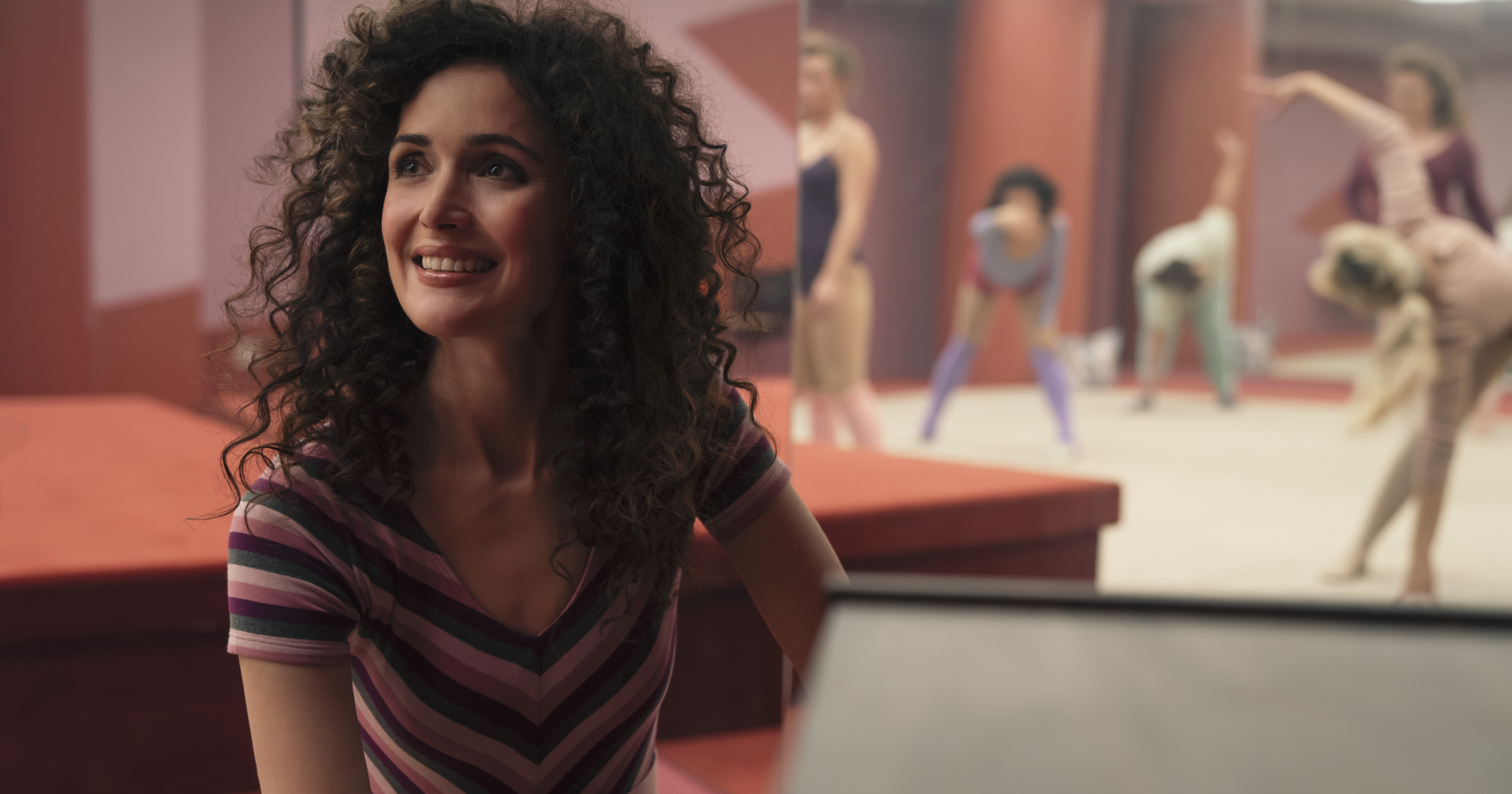 Despite what we may have been led to believe prior to launch, Apple TV+ has not shied away from tackling difficult or disturbing issues. The latest evidence of this is Physical. Two of the three episodes that premiered Friday depict the main character, Sheila (Rose Byrne – pictured above) suffering from bulimia. Indeed, her inner monologue around her relationship with food and body image is present throughout the opening episodes.

Apple TV+ Series Physical is About More Than Spandex

Sheila is also faced with a deteriorating marriage. Her increasingly unlikeable husband, Danny (Rory Scovel), has lost his academic post. Consequently, he has decided to run for elected office in California. With things spiraling, Sheila follows a strange woman back to the mall. She ends up in an aerobics studio and a class led by Bunny (Della Saba) for the first time.

While it’s not quite made explicitly clear why Bunny is following Sheila, the decision to follow her back is ultimately life-changing for the bored housewife. In a bid to regain control of her body, her finances, and a sense of independence Sheila begins her own class at the studio. We only get a hint of the consequences in the early episodes, but it seems apparent that the experience will be as important for the students as is it is for the teacher.

Keep up The Pace

Even with the hard issues dealt with, there is a lot to enjoy about Physical. It features some fantastic 1980s fashion in the aerobics studio and beyond, and a great soundtrack from the decade (yes, including that song). Above all, it’s a story about female self-empowerment and solidarity. Physical is definitely one Apple TV+ series that it’s worth keeping up the pace with. New episodes will become available every Friday.