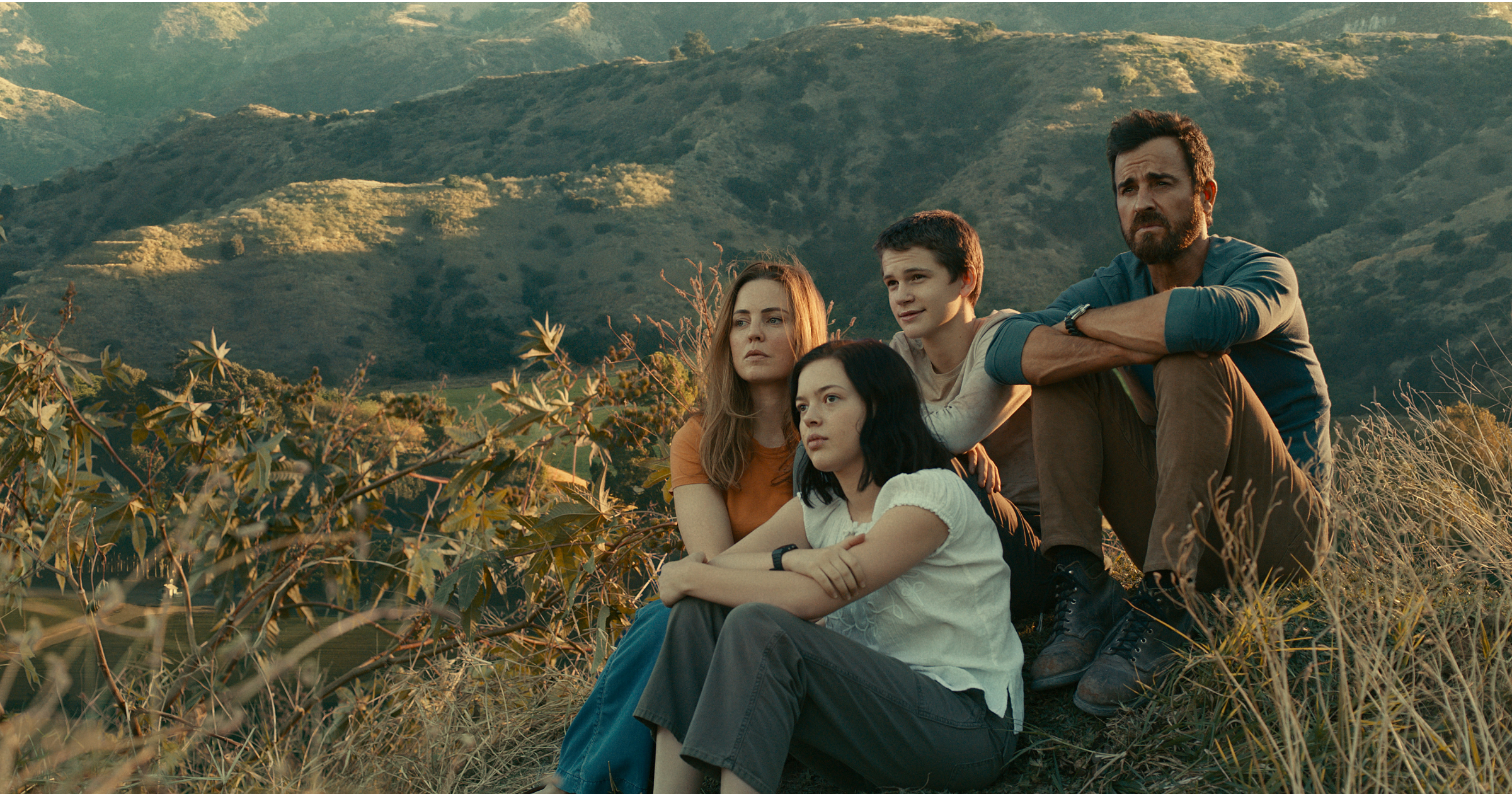 The Mosquito Coast, the latest big-budget drama series from Apple TV+ based on the Paul Theroux novel of the same name, premiered last Friday. It tells the story of Allie Fox (Justin Theroux) and his family on the run from the US authorities because… well, we don’t really know… and that makes it a very hard watch.

[Getting Bitten by ‘The Mosquito Coast’ — Media+

Dilemma and Trauma at Heat of ‘The Mosquito Coast’

Allie Fox – inventor, handyman, criminal (?) – is not meant to be a likable character. He’s dragging his family through hell for reasons that do not become clear to the viewer, or his children, in the first half of the season. (I’d been able to view the first three episodes at the time of writing this review.) Watching daughter Dina (Logan Polish) and son Charlie (Gabriel Bateman) suffer as their parents make them lead an isolated life and then march them through the desert to Mexico is all the more painful for the reasons why it is happening remaining unsaid.

The familial and moral dilemma at the heart of the story is made painfully clear in the powerful performance of Melissa George as Margot Fox. She is seemingly torn between sticking by her husband or trying to give her children a normal life. This is only exacerbated by the trauma the family endures in the desert. By that point, daughter Dina’s frustrations have already boiled over, with her initially refusing to leave. The dislike of the parental characters turned me off the show at the start. I really disliked most of the first episode. However, the performances, the cinematography, and the storytelling draw the viewer in. By the end of episode one you really care what is going to happen to this family. That feeling only grows as the series continues.

The Mosquito Coast also does a good job of undermining any lingering fears that Apple TV+ is only going to offer content that is comfortable or easy for its parent firm. Indeed, one episode features an Allie Fox rant about consumerism and waste, something that feels quite ironic on a platform provided by one of the biggest consumer electronics brands in the world. This is a grown-up streaming platform, not a vanity project. There are far ‘easier’ things it could have commissioned. Furthermore, there’s barely an iPhone, iPad, or Mac in sight either. So while watching The Mosquito Coast feels like an endurance test, it is one that is well worth undertaking.