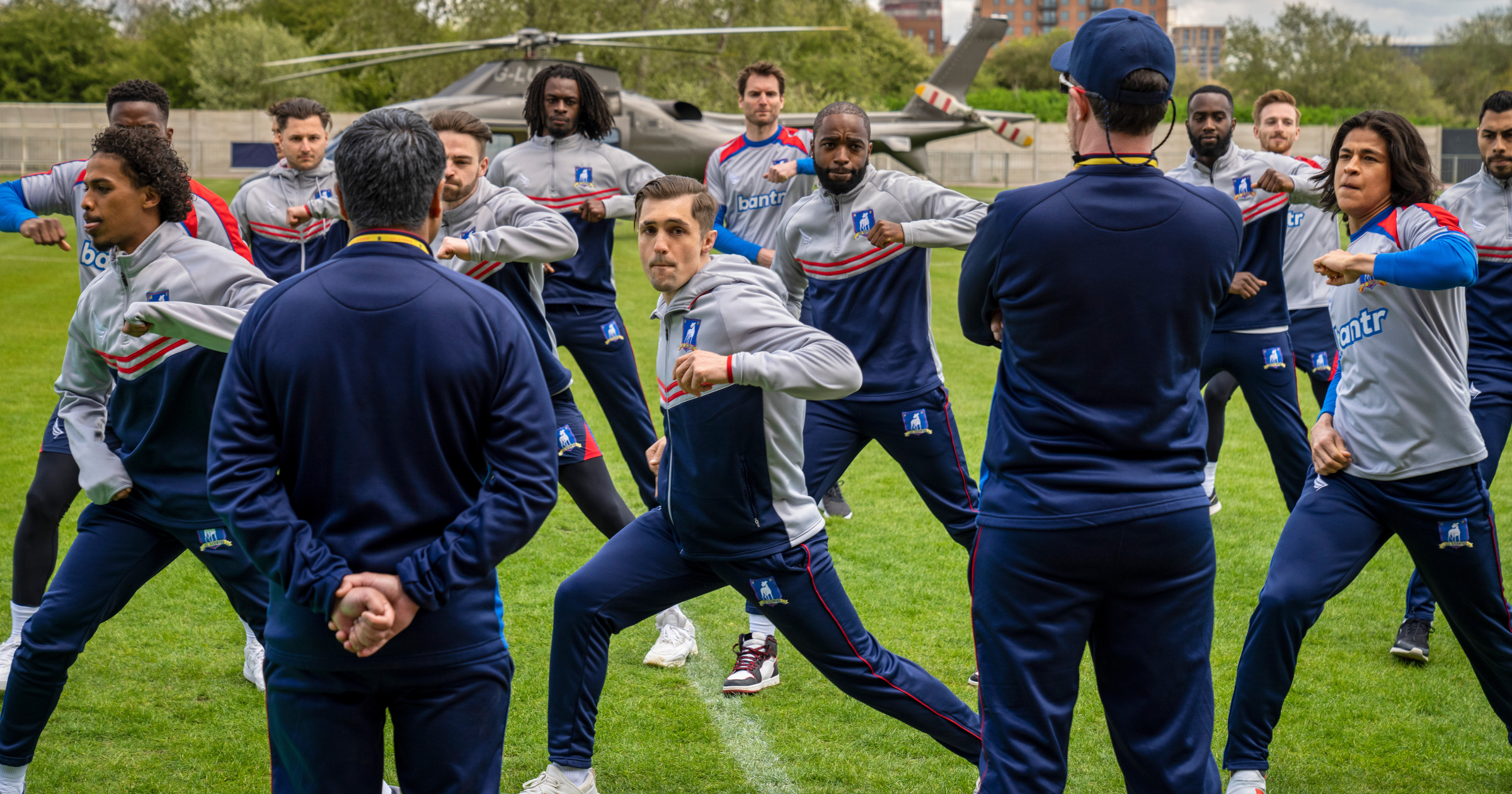 While I have enjoyed parts of Ted Lasso season two, it’s fair to say I haven’t been quite as enthralled with it as I was the first. This penultimate episode though is one of, if not the, best the show has ever produced.

One of my complaints at various points in Ted Lasso season two is that there has been an absence of jokes to contrast with the emotion. This time around there are some legitimate laugh-out-loud moments right from the off, not least the squad practicing their dance N*Sync dance routine for Dr. Sharon. Seriously.

In fact, all the elements that made last season so great are in this one episode. Empowered and developing characters. Humour. Emotion. And there’s even some soccer (very briefly).

Just because there are some laughs doesn’t mean things are smooth sailing though. Far from it. A Ghanian billionaire, brilliantly played by guest star Sam Richardson, arrives with big plans for Sam, leaving both Rebecca and him with a dilemma. Consequently, Rebecca herself drops another truth bomb on Ted in a very powerful scene, as she finally tells him about her affair with her star player. Talking of truth bombs, have Roy and Keeley been just a bit too honest with one another? The eventual goodbye with Dr. Sharon is also very moving and well-executed.

Then there is Nate. We were warned things were going to get difficult for this previously loveable character but…wow. It’s all building up to what could be a dramatic finale for Ted Lasso season two.

Previously, I’ve mentioned that there is a lot of accuracy in these scenes, particularly when it comes to football. Things have strayed a little bit in this episode. We are told by (real) commentator Arlo White that Richmond needs to win to be promoted back up to the Premier League from the Championship. Two teams in that division are automatically promoted, while four others – those finishing third, fourth, fifth, and sixth, go into a playoff system. It’s very likely, although admittedly not certain, that a team in a position to qualify automatically going into the final match would already be guaranteed a position in the playoffs. Either way, the playoffs are not mentioned at all. It’s a miss, as the Championship Playoff final is renowned for its drama. It also happens to be the most valuable one-off game in English football.

It was also certainly pushing dramatic license to imagine that Sam would be allowed to meet with a prospective new owner without his agent.

Another interesting twist is that Trent Crimm – The Independent, reveals the source of his big exposé. I’m sure it happens, but one of the first rules of journalism is never to reveal a source. More importantly, he publishes the story without having contacted Ted beforehand, which definitely would not be allowed by an editor. It’s also worth noting that he refers to a print edition of The Independent. That outlet became the first national newspaper to go digital-only back in March 2016.

None of this, it should be said, really detracts from the overall quality of episode 11 of Ted Lasso season two. It is genuinely excellent. Let’s hope the finale means we end on a similar high.