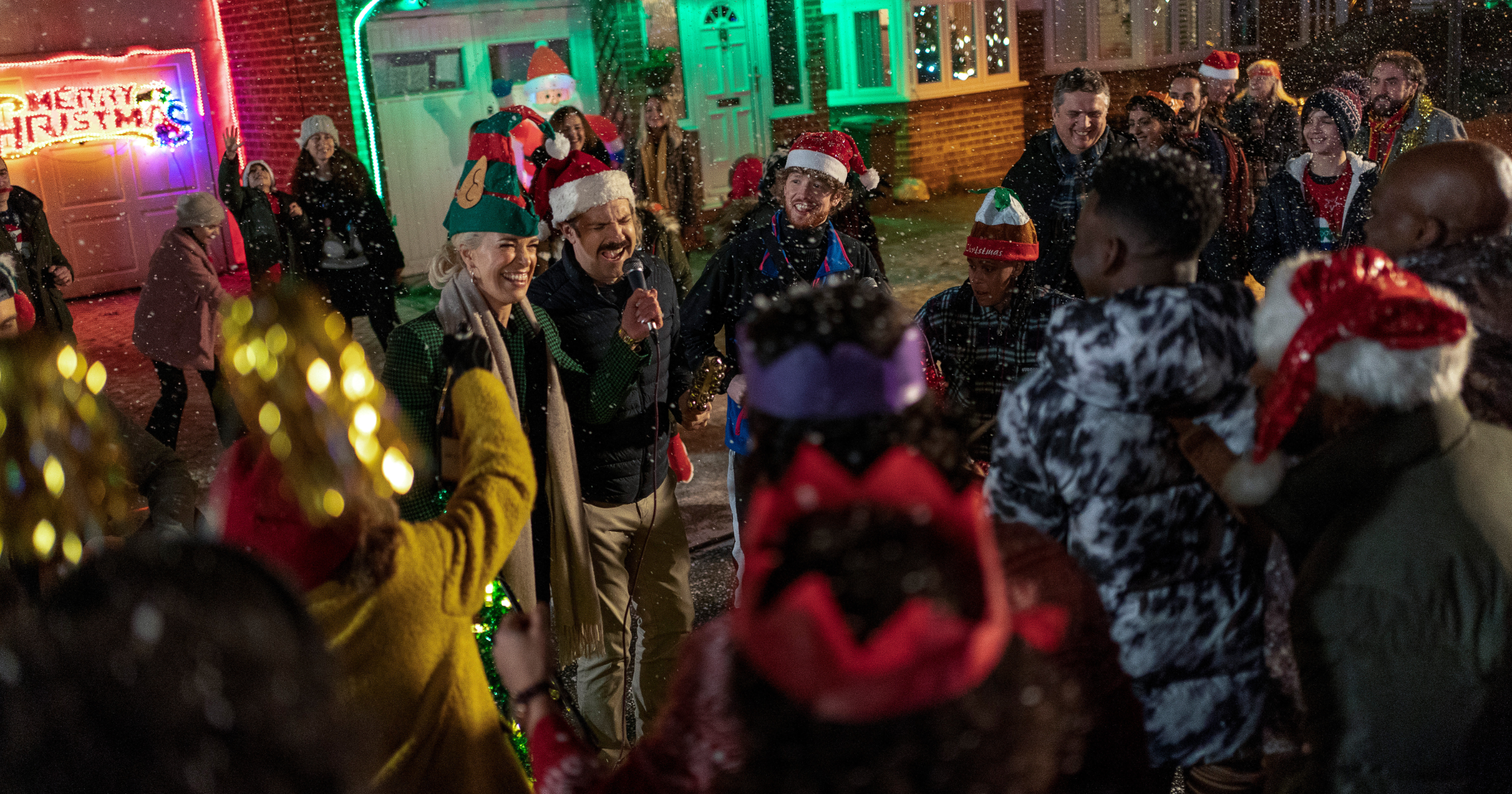 It’s Christmas time in Richmond in episode four of season two of Ted Lasso. No surprise that the squad and staff are ready to celebrate the best they can. Standby, because we’ve got Christmas clichés galore!

The accurate depiction of English football continues in this episode, with the team training on Christmas morning in preparation for a Boxing Day match – traditionally one of the biggest days of the season. After exchanging Secret Santa gifts, everyone goes off to their various arrangements. Ted speaks to his ex-wife and son over Facetime, Rebecca says she’s attending Elton John’s Christmas party, and Keeley has prepared a sexy Christmas for Roy. The Higgins family, meanwhile, has opened its home to any player who is on his own.

And this is where the clichés commence as, inevitably, things don’t go to plan.

Roy arrives at Keeley’s but is accompanied by his niece, Phoebe, whose mother has been called away. She is upset because a boy at school is teasing her for having bad breath. At Roy’s suggestion, the three go on a quest to find a dentist in a posh neighborhood. Not sexy, but sweet, and it all culminates with a confrontation with the boy who has upset Phoebe…Love Actually style. The sequence is not big or clever, but it’s beautifully executed.

As for Ted, he has a nice exchange with his son but loses his attention after the child opens the drone his dad has given him. Ted Lasso, like many Apple TV+ shows, has generally done ok at not feeling too much like a vehicle for company product placement – there are iPhones all over the place, but it feels relatively appropriate. This episode is though a vehicle for some Apple endorsed views, with Ted quipping that the drone was an “irresponsible” gift “considering all the issues with privacy these days.”  You can imagine Tim Cook chuckling at that one…

Rebecca then surprises her now miserable coach and comes to pick him up to go out. Instead of going to a glamorous party they end up listening to buskers and delivering presents to children, cheering them both up. Am I the only one sensing a bit of spark between these two?

Meanwhile, more and more players are descending on the Higgins home, much to their surprise. The football stars join in with the kids and there is a tribute to “the family we choose” before, with a final festive flourish, everyone ends up dancing and singing in street along with the aforementioned buskers.

After the drama of last week, it was nice to have a softer approach this time around. Merry Christmas in August, everyone!