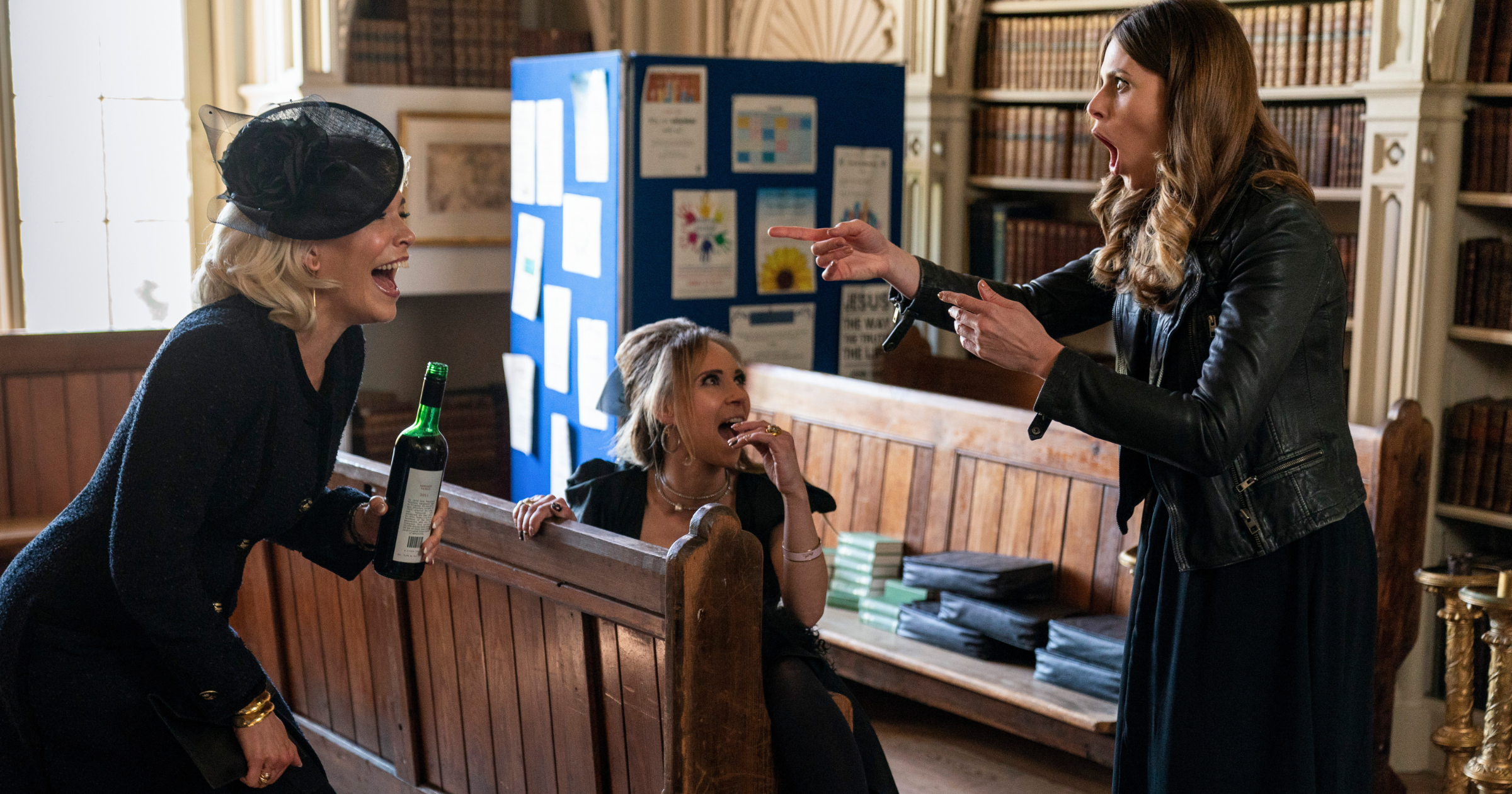 A death shocks and provokes emotions throughout Richmond in Ted Lasso season two, episode 10. The loss of Rebecca’s father makes many of those around the club consider all sorts of emotions and incidents from their past, as the boys suit up and help support the boss.

Ted Lasso and Team Suit up to Support the Boss

Ironically, the setting of a funeral is the background for some really funny moments. We have club captain Isaac telling his players they have to wear nice clothes and proper shoes, much to their confusion. Danny Rojas, in particular, is suffering. There are also some hilarious interactions between Rebecca, Keeley, and Sassy at the church, including working out the relationship with Sam, before all the emotion spills over.

This is all culminates in a very powerful sequence that cuts between Rebecca talking to her mother and Ted Lasso talking to Dr. Sharon, following a panic attack. Both recall different times from their childhoods that involved their fathers. It helps explain a lot about who the characters have become. It’s the emotional side of Ted Lasso season two at it’s best.

We do though need to talk about this episode is a near-constant Rick roll. And whether that’s ok, because I’m not convinced it is. The singer pops up throughout. I confess I found the rendition in the church somewhat cringe-inducing, although Ted, starting to feel better, does, just about, rescue the situation. It is clearly designed to underline the growing bond between owner and coach.

A few other key dynamics are brought to light by the funeral setting too. What exactly are Nate and Rupert up to? (Is this part of the journey actor Nick Mohammed has previously referred to?) And just how many love triangles can one small football club sustain? Sam and Rebecca’s relationship seems to have ended, but does the owner have her eyes on Ted? It certainly seems like it. And surely Keeley is not going to be wooed back by Jamie, despite Roy having to apologize for his behavior? Again.

There are two episodes left in this season of Ted Lasso, and a lot is still to be resolved both on and off the pitch.