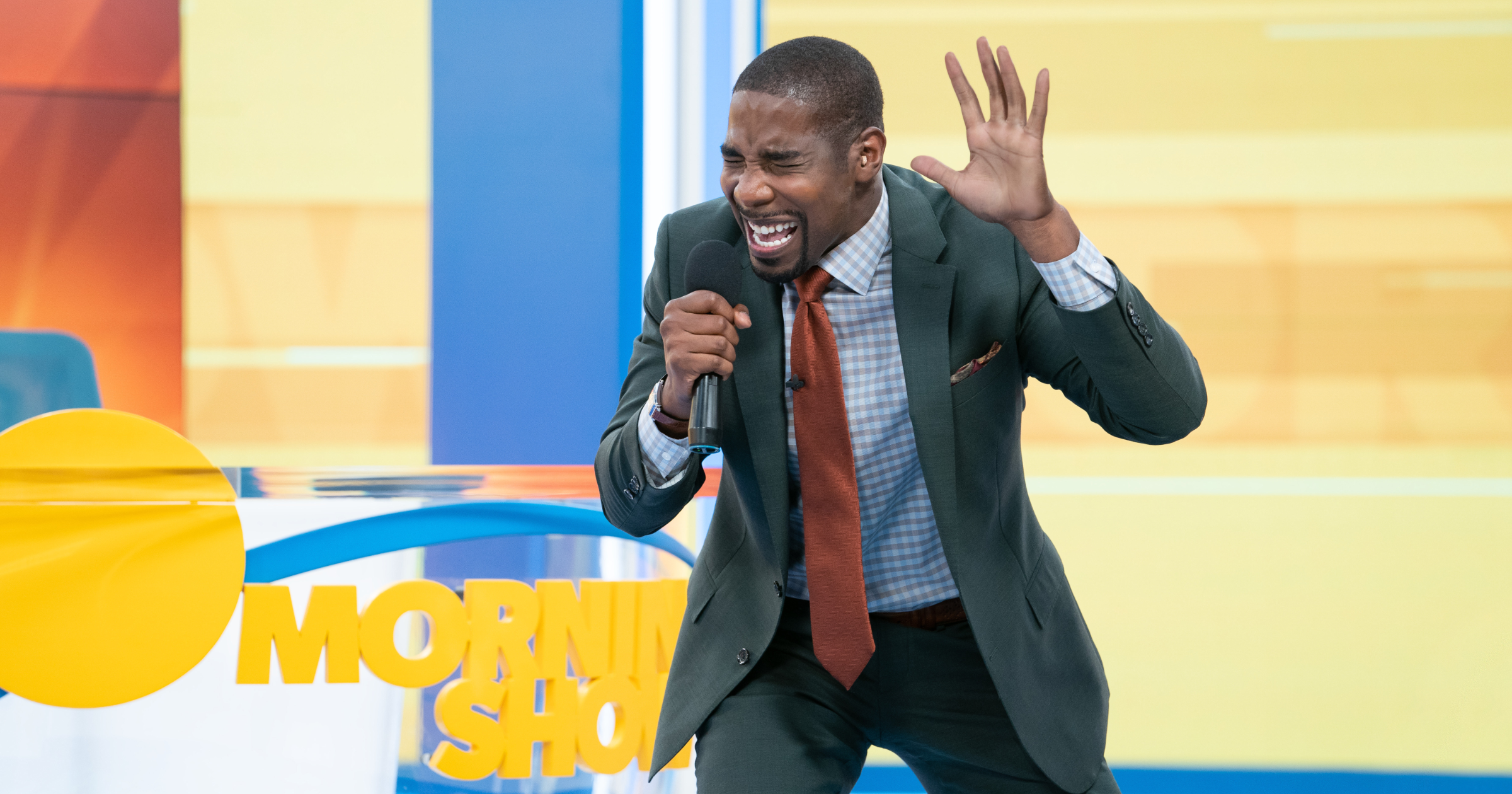 Season two of The Morning Show is really starting to shape, and a number of issues are ready to collide in episode four. Race, sexuality, and the onset of Covid all play their part. Oh, and so do the Foo Fighters.

Alex is Back on ‘The Morning Show’

Alex’s return is going relatively smoothly, but Chip’s presence has been less warmly received but some. We’re already starting to see the predictable tension between him and Mia play out, and I suspect it’s only going to get worse.

One thing we definitely know is going to get worse is the coronavirus outbreak. Daniel has (tried to) shed a light on it, but now one of the leading characters is about to be directly affected. Mitch has to quarantine after his new Italian friend becomes exposed to the virus, adding to my suspicion that he will become a source to his former colleagues back in New York.

The Politics and The Personal

There’s a heavy dose of politics in The Morning Show season two, as election season gets in full swing. All the key anchors want to moderate the Las Vegas debate, except the person actually asked to do it – Alex. After a confrontation with Stella, she finally agrees. The most powerful moment in all of this is watching Daniel feeling the need to degrade himself on-air. In an impromptu bid to show that he has the ‘it factor’ he sings. Badly. It’s disturbing to watch a gay, Black, man be reduced to this as other colleagues get opportunities he could and should be getting.

I found the debate between Yanko, Mia, Stella a little less powerful. The setup, three people from various backgrounds discussing offense caused to another minority community by one of them, is interesting and should have been worthwhile. But, as with previous discussions hinting at ‘cancel culture’ in the show, I’m not sure the substance offered much that is new.

One thing that is certainly new is Bradley’s infatuation and affair with Laura. We learn that Laura lost her job a number of years ago, essentially because she is a lesbian. Bradley is still struggling to come to terms with her feelings and work out what they mean. Unfortunately, the clichéd way Laura is portrayed continues – wearing sandals and drinking what looks like whisky in her apartment.

There was also something rather unpleasant about the suggestion, from Laura, that Bradley coming out publicly might actually help further her career. One might argue that The Morning Show season two is bringing up an uncomfortable truth – that some outlets are looking to promote people with different backgrounds to try and rebalance past discrimination. Embracing what makes you different can be an asset. However, in the scene, it comes across as simply manipulative.

Thought the early episodes of The Morning Show season two, Cory has tried to portray himself as a good guy trying to fix problems and keep everyone happy. His confrontation with Cybil at the end indicates that might not quite be the case. Billy Crudup continues to be one of the show’s standout performers in that role.

There is then much to consider as the team prepares to head to Las Vegas.