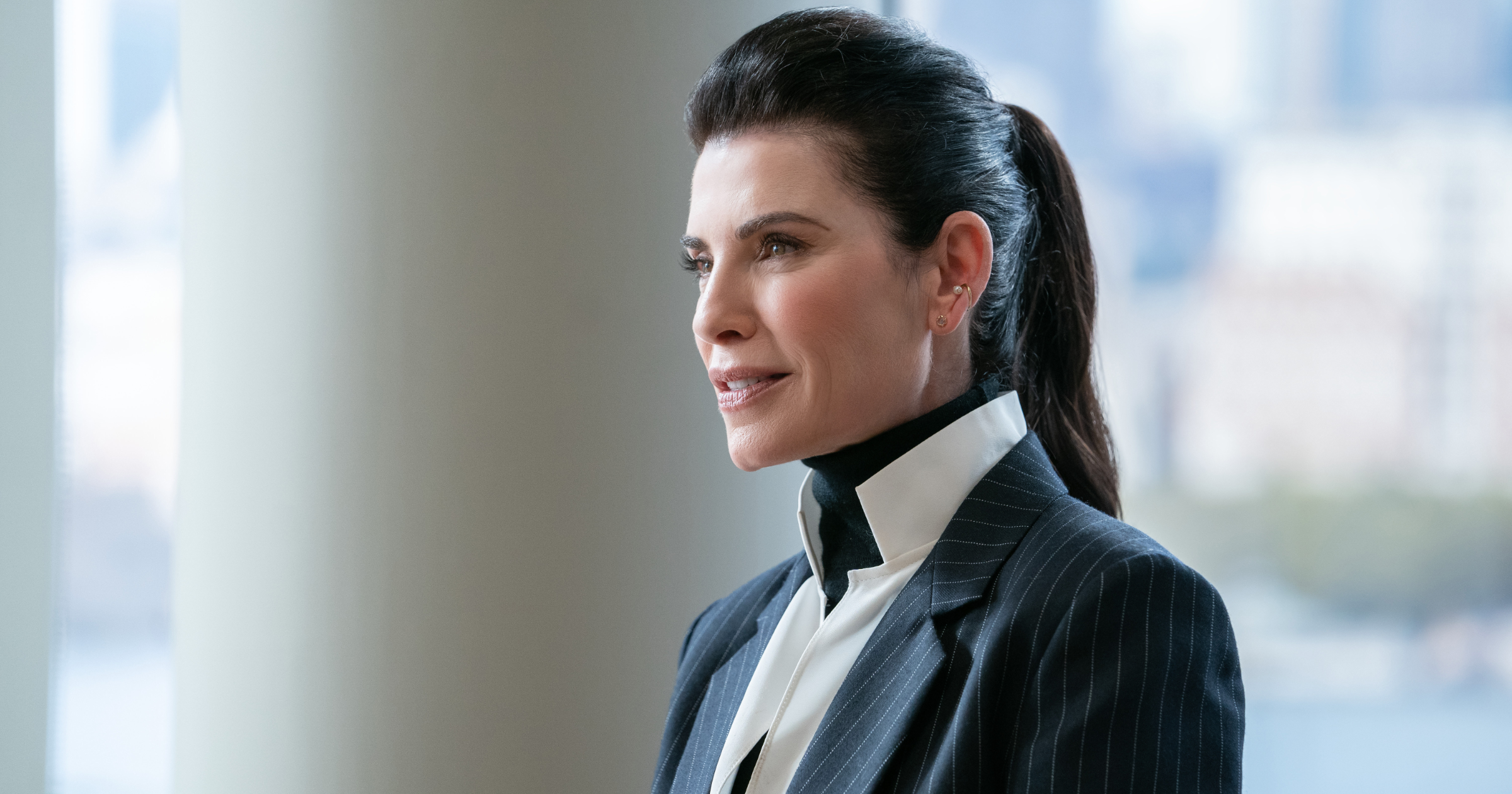 Episode three of season two of The Morning Show revolves, directly or indirectly, around one character – Laura Peterson. The episode is even named after her. The character, played by Julianna Margulies (pictured above), is a big-hitting anchor at UBA sent in to interview Bradley and Alex as they are reunited on-air.

There’s a lot to like about Laura. She’s razor-sharp, tough, clearly well-sourced, and well-prepared in the run-up to the interview. It all leads to her managing to catch Alex out. The problem is she’s also an amalgamation of various lesbian clichés. From the power suits and power poses, to the kiss in the back of a cab with Bradley (nope, I didn’t expect that either…) we’ve seen gay women portrayed on TV using these tropes for years. That’s not to decry from Ms. Margulies’s performance, which is really strong. It’s just a shame the character she is playing doesn’t (yet) have something more original about her.


We also see Bradley’s ambition in full swing as she heads to cover the Iowa caucuses. Back in The Morning Show office, Chip gets a frosty reaction from some of his colleagues as he returns, while Alex is still very much trying to call the shots.

Elsewhere, Daniel just about manages to make it out of a locked-down Wuhan. He spends 14 nights in quarantine in Beijing before he can return. Furthermore, his colleagues are not really taking the coronavirus outbreak seriously. The scene in which he calls Mia from that hotel room and is told that nobody in Manhattan seems all that worried about whatever is happening in China sums up the approach many of us took in the early months of 2020. The cleverly timed chyrons do though give warning of what is to come.

The Morning Show season two is generally building nicely. Watching Mitch in Italy is particularly interesting. He seems to have found a desire to do some right after what he did wrong. He also has some sense of shame and guilt, which Fred does not. My guess is that he will spot the COVID-19 outbreak in Italy, which was one of the first and worst hit places in Europe, and may well end up as a source for his former colleagues, probably Bradley.

With Alex back, things are about to get started properly.