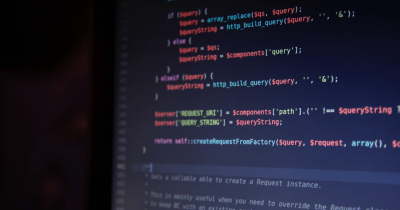 This month, a California judge erased thousands of criminals records with the help of an algorithm. The creators of it say they’re just getting started.

It discards any record involving a violent crime, as such records do not qualify. For those that remain, the tool automatically fills out the necessary paperwork. In other words, the algorithm replaced the process being done manually at the expungement clinics.

Working with San Francisco’s raw data, Code For America was able to identify 8,132 eligible criminal records in a matter of minutes – in addition to the 1,230 found manually already. They dated as far back as 1975, the year in which the city started digitising its files.

I’m always fascinated by a computer’s approach to human problems and experiences, because it usually ends up being something completely alien to us. Evolving Floor Plans is an experimental research project that I came across the other day. Using genetic algorithms, an optimized floor plan was created for a school.

The floor plan genome is a weighted, connected and undirected graph. Every desired room is represented with a node gene that contains information such as the room’s size. Connection genes specify two node genes to span as well as a randomly initialized weight; they are added in a random manner until the graph is connected. Adjacency requirements create a subgraph with maximum edge weight. For example, the cafeteria must be adjacent to the kitchen.

It’s neat that the optimization creates a building that looks like a biological cell. I’d love to see more examples, like an optimized apartment building or house with multiple floors.